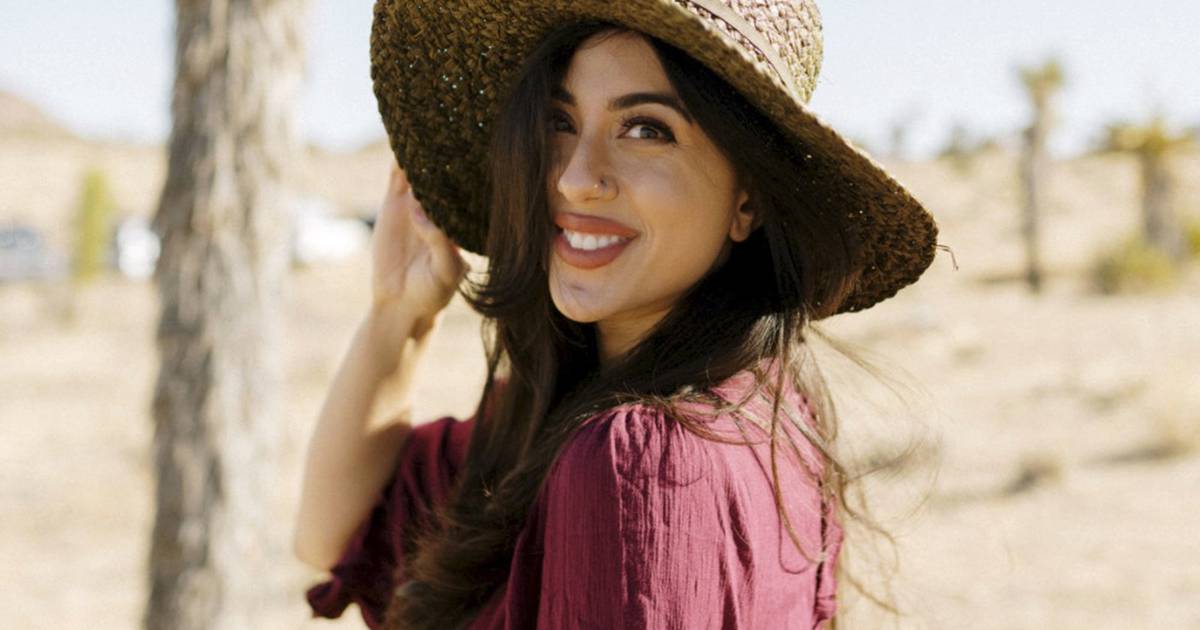 After a 29-year-old Pakistani Muslim woman was shot and killed last week, in an apparent murder-suicide by her soon-to-be ex-husband, her death sparked countless conversations and reflection within the South Asian and Muslim communities about how cultural stigma, particularly surrounding divorce, can unfairly burden women.

Sania Khan was open about her ongoing divorce proceedings on her TikTok page where she has thousands of followers and nearly 400,000 likes on her posts. She shared several videos about her struggles in an effort to bring awareness to a taboo topic and uplift women and their voices, friends of Khan’s said. She was not only vocal online about how her pending divorce weighed heavily on her but also the added blame and shame coming from people within the communities she identified with.

Instagram accounts such as womanistan, faces of Pakistan, unsweetened and unfiltered and more, all with tens of thousands of followers, each spoke of Khan’s story and how generations of problematic perspectives have only perpetuated cultures that sometimes deny the realities of this world, such as mental health, marital troubles and divorce.

“To my Southasian queens, a reminder that you don’t have to settle in marriage or love,” Khan wrote in one of her videos. “The person you marry is the person you sleep next to every single night. Please don’t take that lightly. Sleeping next to you is a honor. Is that man truly deserving of you or does he just look good on paper?”

Khan was killed in her Gold Coast apartment July 18 apparently by Raheel Ahmad, 36, who she had married in Fulton County, Georgia, on June 19, 2021, according to police and court records. They moved to Chicago together soon after.

Ahmad, who was born in Pakistan, and Khan, who is of Pakistani descent, had been together for about five years prior to getting married, said Mehru Sheikh, a friend of Khan’s who was the maid of honor in their wedding. The couple met online, Sheikh said.

But on Jan. 20, Khan and her husband separated, and Khan filed for divorce in February, citing irreconcilable differences. The divorce was still pending at the time of their deaths.

Sheikh said Khan wondered whether she should post about her divorce on social media because of the backlash she knew she’d receive, but ultimately thought it was important to be vulnerable and allow people to “see themselves reflected in her.”

“We as a society are willing to sacrifice women time and time again just to uphold some culture norms, and she was not about it,” Sheikh said. “After careful consideration going back and forth, she finally decided that she owed it to herself and other women of color to speak out because she felt like it was a personal responsibility for her to speak out and let other women who are in the same situation know that this is something that happens. Not everything is roses and rainbows.”

Domestic violence advocates who work primarily within the South Asian and Muslim communities said that the extra societal and cultural expectations can deter or silence a person from speaking up about abuse or other relationship problems, even though the sentiment isn’t reflective of the communities as a whole.

Neha Gill is executive director of Apna Ghar, which translates from Urdu and Hindi to Our Home, a local nonprofit that provides a 24-hour crisis line, emergency shelter, counseling and more to those experiencing gender violence. Though Apna Ghar works with people from all backgrounds, Gill said over 95% of the clients are women and about 40% are South Asian.

“I think the missing link between our work and what needs to be done is having leaders and people within the community that are really working toward helping those mindsets change and not just upholding the same stuff,” said Gill. “People have come here from South Asia, for example, and, oftentimes, they’re holding on to certain aspects of the culture more because they feel like that’s the tradition back home.”

She said many times people tend to “leave it to the next generation” to make change, but the reality is that Khan was supposed to be part of that future.

“These are people who are young and who grew up here but still did not have the family and community support in the way that she should have had,” Gill said.

“There’s nothing more” Khan could have done, Gill said, noting Khan’s bravery to speak up. She encouraged anyone else dealing with trauma to do the same in order to feel safe.

Earlier that Monday, Ahmad’s family had reported him missing out of Alpharetta, Georgia — where he was from — and police in Alpharetta had Chicago police conduct a well-being check at Khan’s Gold Coast address, according to the missing persons report. Ahmad was last seen by his family on Sunday afternoon.

According to the police report, Ahmad was found unresponsive with a Glock 9 mm in his hand, and a suicide note was also found in the apartment. Officers on scene learned Ahmad had been depressed and traveled to Chicago to see Khan to try “to salvage the marriage,” the report said.

Khan, a photographer, was born in the U.S. and spent parts of her early life around the East Coast in New Jersey and Philadelphia before settling with her family and spending much of her life in Chattanooga, Tennessee. Sheikh said Khan was supposed to move back to Chattanooga this week, and her apartment in Chicago was almost all packed up.

“She was really looking forward to that,” said Sidra Naseer, a childhood friend of Khan’s. “She wanted to go back home and be closer to her support circles but also because she had a huge photography basis there.”

Sheikh and Naseer both attended Khan’s funeral service in Chattanooga on Thursday. Naseer said there were 200 to 300 people at the funeral in person and another 300 or so watching from around the world via Google Meets and other livestreams.

Friends of Khan’s organized a “memorial hike” at Falling Water Falls on Friday morning because she loved nature, being outdoors and hiking, Naseer said. Khan’s high school in Chattanooga hosted a balloon release and memorial Sunday.

“Her laughter and her smile literally lit up the world,” she said.

Naseer said Khan’s parents are no longer together, and her relationship with both parents was “always a little bit on the rocky side,” but at the end of the day, Khan “loved her loved ones.”

She has two younger siblings, Naseer said, and was very close with her mom’s side of the family. She had been estranged from her father since last year, Naseer said.

“She’s somebody who never, despite how much life has put her through, never really had any ill-intent toward anyone,” Naseer said. “She was always positive.”

Sheikh said she met Khan about three years ago in Dallas when both were working as flight attendants. Khan was Sheikh’s wedding photographer.

“Her heart stands out most to me,” Sheikh said. “She was willing to do anything and everything for people that she loved, like over and over and over.”

Khan spoke about her love for travel on her photography website, which is why she was a flight attendant for about a year and a half before taking on photography full time. She also said on her website her “favorite layover was always Chicago.”

Khan also worked as a social worker for about four years and spent time as a substitute teacher, mental health technician and more. But, photography was always her passion.

“She became alive with a camera,” Sheikh said. “It was really, really magical.”

Sheikh said Khan’s rawness online created “a community of other South Asian women who saw themselves in her.”

In one TikTok video, Khan wrote “South Asian culture is so mentally draining. Sitting in a coffee shop getting lectured by family members after my TikTok went viral. Women are always expected to stay silent. It’s what keeps us in messed-up situations in the first place. I’m done with this mentality.”

Sheikh recalled the numerous times Khan would share with her the online messages she received from strangers, saying they resonated with what she was going through and thanking her for speaking up.

Aliza Kazmi, co-executive director of the national nonprofit Heart, reflected on Khan’s courage to be vocal about “the double injustice she was facing.”

“It’s really heartbreaking and leaves me speechless, honestly, hearing that she was even in this situation,” Kazmi said. “Not only was she dealing with ending her marriage because of unfortunate circumstances, but then after she left her husband she faced other layers of abuse with the judgment and the shaming from people in the community.”

Heart is a Muslim-centered anti-violence and reproductive justice organization that offers education, training, advocacy and more.

She also said the “double-sided coin” of being Muslim and South Asian is that these communities already face racism from the outside and still have to combat various cultural stigmas from within, like patriarchy, toxic masculinity and misogyny.

“It’s all really invalid and should be actively combated because it’s not reflective of our true religious and cultural values,” Kazmi said. “If we’re not willing to acknowledge that we have these problems then, of course, we’re not going to actually do the work to unpack these inherent beliefs and we’ll continue to think it’s OK for us to ignore the issues and take no action.”