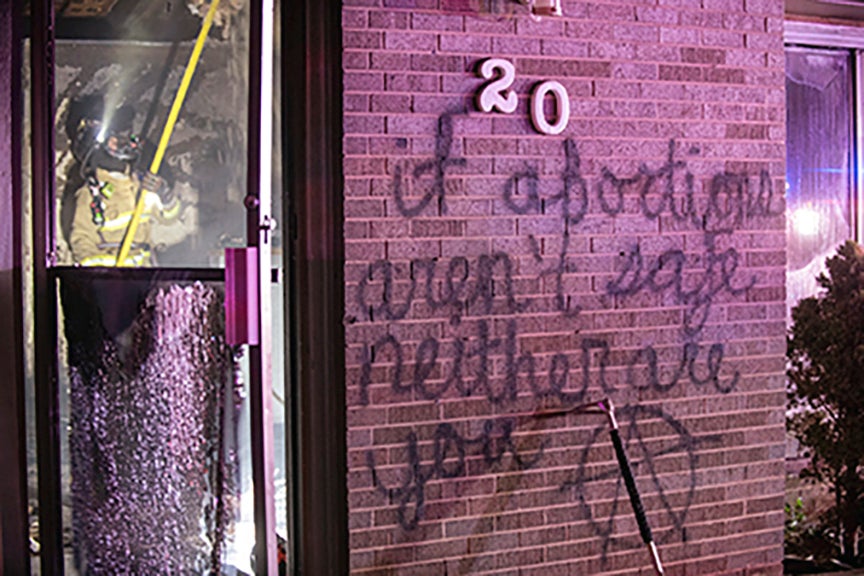 LONGMONT, Colo. (AP) — A weekend fire at a Christian pregnancy center in north-central Colorado is being investigated as a possible arson, police in Longmont said.

The fire at Life Choices was reported at 3:17 a.m. Saturday, hours after the U.S. Supreme Court overturned Roe v. Wade and said abortion laws would be decided by the states.

The front door was broken and the front of the building had been spray painted with the words, “if abortions aren’t safe neither are you.” On the concrete porch were the words “bans off our bodies.”

Life Choices is a “Christ-centered ministry” that offers free services related to pregnancy and sexual health, information on reversing the effects of abortion pills and post-abortion support for guilt, shame, anxiety and depression, according to its website.

Life Choices executive director Kathy Roberts said the center is devastated and stunned “by this frightening act of vandalism.” The attack, she said, affects people who need support, such as pregnancy tests, parenting classes and financial assistance, the Times-Call reported.

Police are asking people who live in the area to check their home surveillance video and forward any relevant video to police.