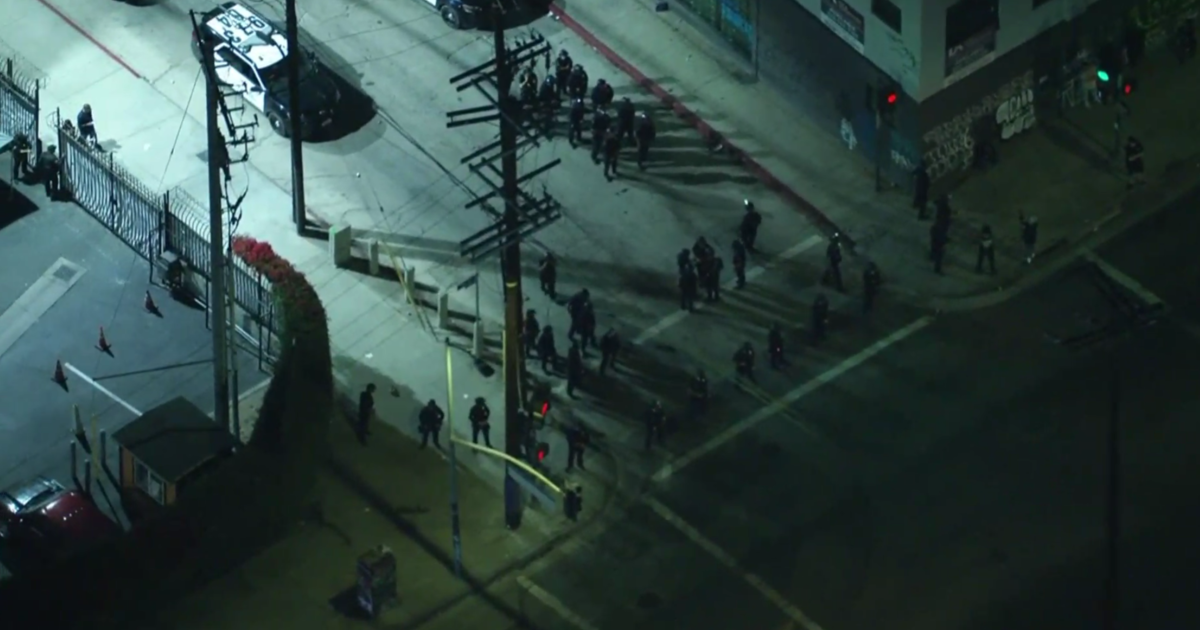 It happened around 8:41 p.m. in the 600 block of Anderson Street in Boyle Heights. The Los Angeles Police Department’s Hollenbeck Division responded to a radio call of a large group causing a disturbance and vandalizing nearby vehicles and buildings.

According to LAPD, officers arrived at the scene and requested additional units for multiple vandalism suspects within the large group. The group responded to the officers’ arrival by shooting fireworks and throwing rocks and bottles at them.

Officers requested help, and at around 8:42 p.m., an unlawful assembly and a dispersal order were announced, investigators said.

Officers created a skirmish line and began to guide the group away from the vandalized area. During the dispersal, officers continued to be attacked by fireworks, rocks, and bottles, and the group was eventually dispersed, LAPD investigators added. No arrests were made.

During the incident, one officer sustained a laceration to the torso from a thrown rock. Another officer suffered a head injury from a heavy object being thrown at his helmet. A third officer sustained an abrasion to his leg and wrist due to fireworks exploding on his body, police said.

The area of 6th Street and Anderson Street was heavily vandalized, with nearby structures and buildings tagged by spray-paint and graffiti in the aftermath of the incident, police added.

Anyone with information about the incident is encouraged to call LAPD.