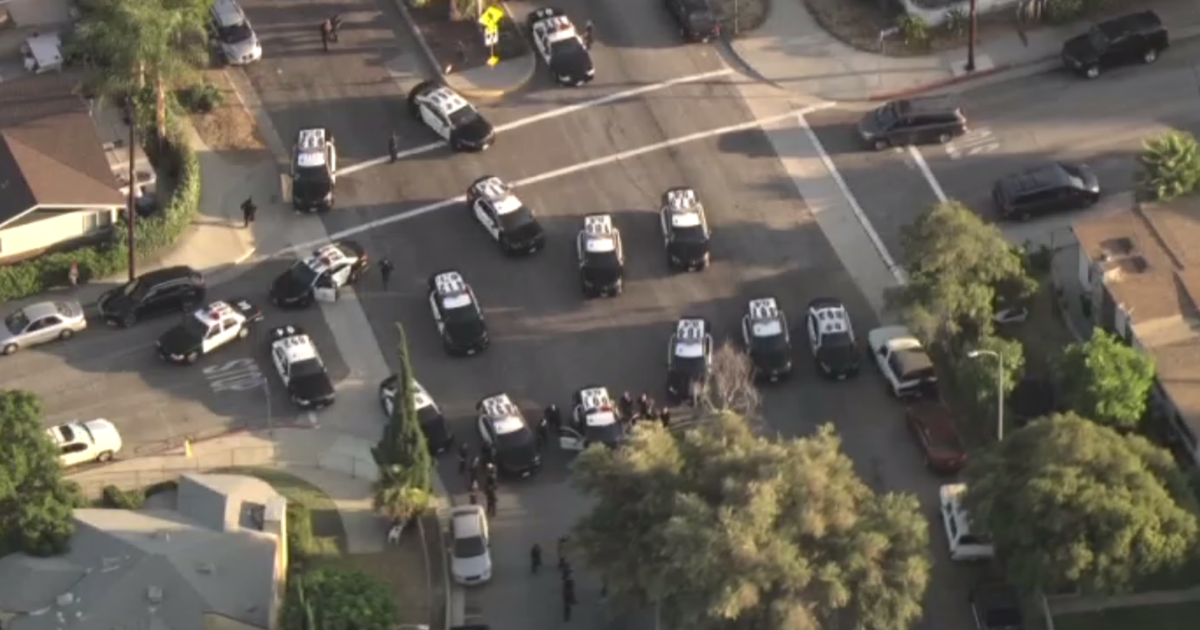 A man was transported to the hospital Friday in unknown condition after being shot by police in East Los Angeles.

The Los Angeles Police Department confirmed that an officer shot the man after a possible stolen vehicle pursuit, which police responded to at around 3:15 p.m., later became a foot pursuit.

It is unclear what lead up to the actual shooting.

Officials with LA County Fire responded to the scene, at Eastern and Landsdowne Avenues, at around 6:54 p.m. and transported the man to a nearby trauma center.

Later Friday night, police confirmed that the man died from his gunshot wounds.