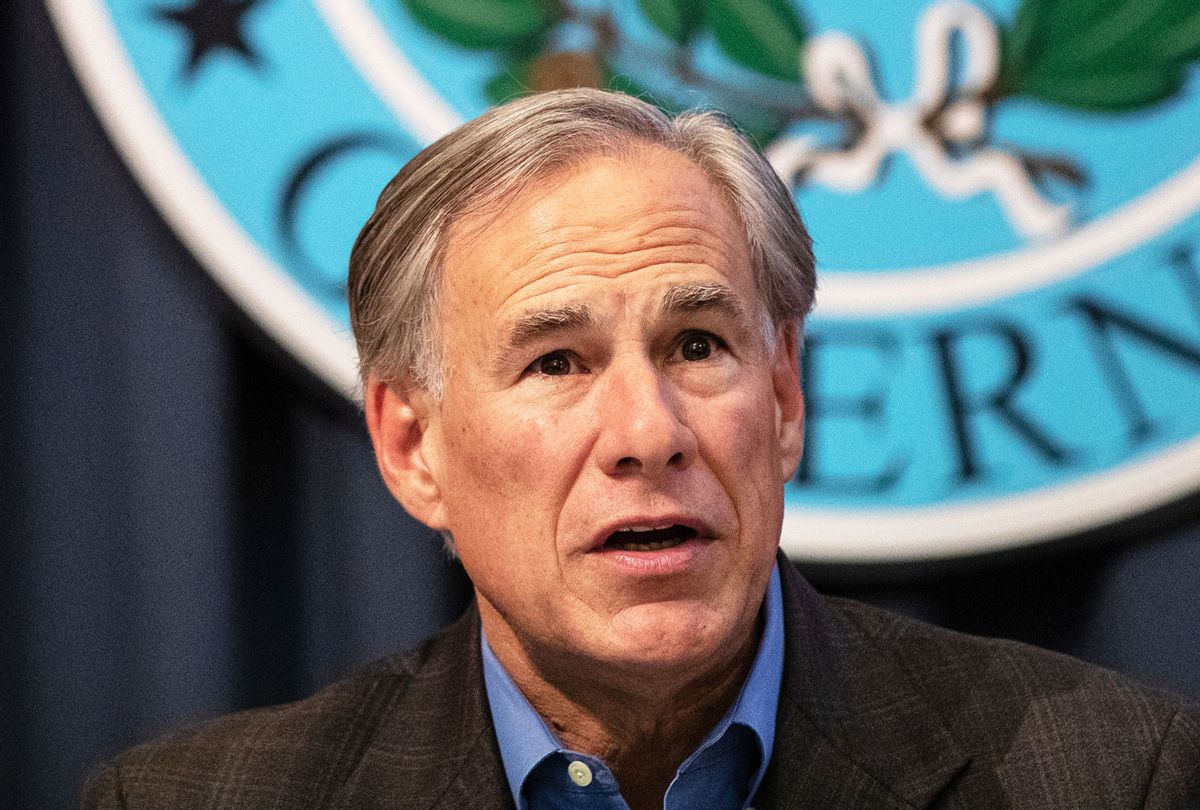 On Sunday, Gov. Greg Abbott appeared on Fox News touting a program he’s been pushing for weeks — sending migrants who enter into Texas to Washington, D.C., by charter bus.

But this time, Abbott asked Texans to personally contribute their own money to pay for the trips.

The decision to crowdfund the free bus trips for migrants is a new development from when he initially announced on April 6 that it would be paid for by Texas taxpayers. At the time, Abbott proudly presented the trips as a tough-on-immigration act of defiance against the Biden administration.

But the shift to ask private donors to pay for the charter buses comes as his plan has been increasingly praised as an act of generosity by Democrats, immigration rights groups and even the migrants who rode the buses, while those further to Abbott’s right politically have panned it as a misuse of taxpayer dollars that incentivizes migrants to cross into Texas.

“Congratulations to Governor Abbott,” Texas Rep. Gene Wu said Tuesday in a tweet. “Word will be passed from community to community that if you can just get to Texas, the Governor there will pay for your transportation anywhere in the USA.”

Abbott announced the charter bus plan early this month as a way to get President Joe Biden’s attention in response to the president’s announcement that he was lifting Title 42, a pandemic-era health order that allowed immigration authorities at the border to deny entry to migrants as a way to contain the coronavirus. Officials have said the repeal of the policy likely will be followed by a sharp increase in illegal border crossings.

“Securing the border would cost Texas nothing if the federal government was doing its job but because Joe Biden is not securing the border, the state of Texas is having to step up and spend Texas taxpayer money doing the federal government’s job,” Abbott said at the time. He clarified later that the bus trips would be entirely voluntary for migrants after they had been processed by U.S. immigration officials.

Abbott’s office did not respond to multiple questions about the policy, including why the governor is now asking for private donations, if the plan will be partially or solely funded by private donations and how much has been raised to date. On the state-hosted website accepting funds for the transportation, the current donation tally reads only “TBD” as of April 13.

In a statement to The Texas Tribune on Wednesday, Abbott’s press secretary Renae Eze said the idea to crowdsource came after Abbott’s office received calls from supporters wanting to contribute.

“After Governor Abbott announced his plan to bus migrants to President Biden’s backyard in Washington, D.C., we received an outpouring of support from across our state and the entire country of people wanting to help and donate to the operation,” she said. “Texas continues stepping up to help our local partners and protect Texans — it’s time for President Biden and Congress to step up and do their job to secure our border.”

Mark Jones, a political science professor at Rice University, said the governor may be trying to escape blowback.

“I think it’s a quiet way of protecting himself from criticism that he’s using taxpayer dollars to provide free transport for undocumented immigrants,” Jones said. “Many conservatives pounced on him as all hat and no cattle, in that he was talking tough but in the end all his busing was going to do was provide a free trip for undocumented migrants to the East Coast that they otherwise would have had to pay for or that liberal nonprofits would have had to pay for.”

Abbott’s office has said at least 10 buses have arrived in the nation’s capital, but his office has not provided costs for the trips or the total number of migrants who have been transported.

During the 30-some-hour coach bus ride, passengers were provided with meals, the migrants said. Many of the buses’ passengers said they had saved up thousands of dollars just to arrive at the border and had little money left by the time they arrived in Texas.

“We are very thankful for all the help that has been given to us,” Ordalis Heras, a 26-year-old Venezuelan asylum-seeker, said earlier this month to the Tribune, hours after arriving in Washington on Abbott’s first bus from Del Rio. Heras, like many other passengers, had intended to travel north of Texas anyway.

“Frankly, we did not have the money to get here otherwise, so we are very thankful for the help,” she said.

The New York Times also reported this week that Abbott’s buses are now dropping migrants off in Alabama, Georgia and North Carolina.

This isn’t the first time Abbott has looked to private contributions to bankroll his border priorities.

Last year, Abbott started a crowdsourcing effort for his multibillion-dollar plan to build a wall on the Texas-Mexico border. As of this month, the effort has raised only about $55 million, nearly all of which was from one Wyoming-based billionaire.

The Biden administration has said building the wall cost taxpayers $46 million per mile in some areas along the border.

Tony Payan, director of the Center for the United States and Mexico at Rice University’s Baker Institute for Public Policy, said regardless of the motivation, Abbott’s bus program will have little overall impact on the issues plaguing migrants the the border.

“It’s a political circus,” Payan said. “It’s going to have no impact whatsoever on the conditions on the ground.”

Disclosure: Rice University, Rice University’s Baker Institute for Public Policy and New York Times have been financial supporters of The Texas Tribune, a nonprofit, nonpartisan news organization that is funded in part by donations from members, foundations and corporate sponsors. Financial supporters play no role in the Tribune’s journalism. Find a complete list of them here.

This article originally appeared in The Texas Tribune at https://www.texastribune.org/2022/04/28/texas-migrants-bus-washington-dc/.

The Texas Tribune is a member-supported, nonpartisan newsroom informing and engaging Texans on state politics and policy. Learn more at texastribune.org.