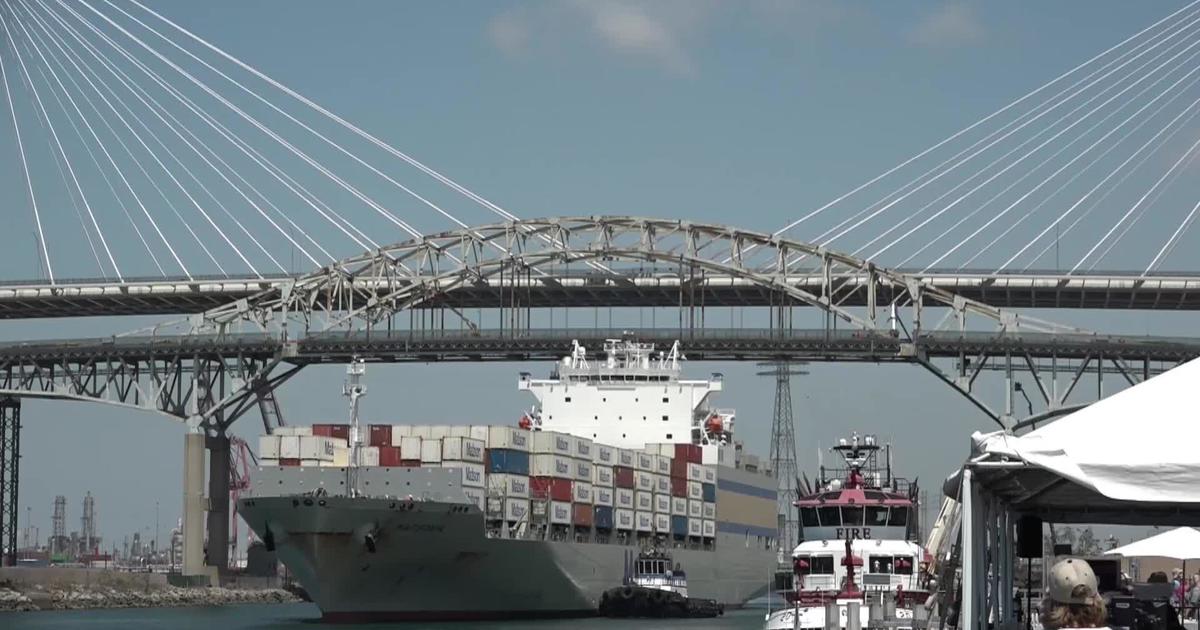 The Port of Long Beach held a retirement ceremony today for the decommissioned Gerald Desmond Bridge, which will be demolished to allow better access to the port’s Inner Harbor for large cargo vessels.

The 5,134-foot-long through-arch bridge was closed to traffic in October 2020, when a replacement bridge opened.

“My father was dedicated to fighting for and preserving the rights and interests of the city of Long Beach and the Port of Long Beach,” Desmond Jr. said. “Our family was deeply honored when the bridge was named for him,
and we were happy to honor him once again during the bridge retirement ceremony.”

Garcia called the bridge “a landmark of our city and an important part of our region’s infrastructure for over 50 years. We have come an incredible way since it opened in 1968 and it’s played an important role in the growth of Long Beach and success of the port.”

“Gerald Desmond will always be remembered for securing the Tidelands oil funds that were needed to help pay for a bridge that helped the Port of Long Beach grow to where we are today,” Cordero said. “We hope that this retirement ceremony is a fitting tribute to his legacy and for the Desmond family as we look ahead to the next chapter for this port complex.”

Funding for the demolition was included in the $1.57 billion budget to build the replacement bridge. The port awarded a contract for the project in July to Kiewit West Inc.