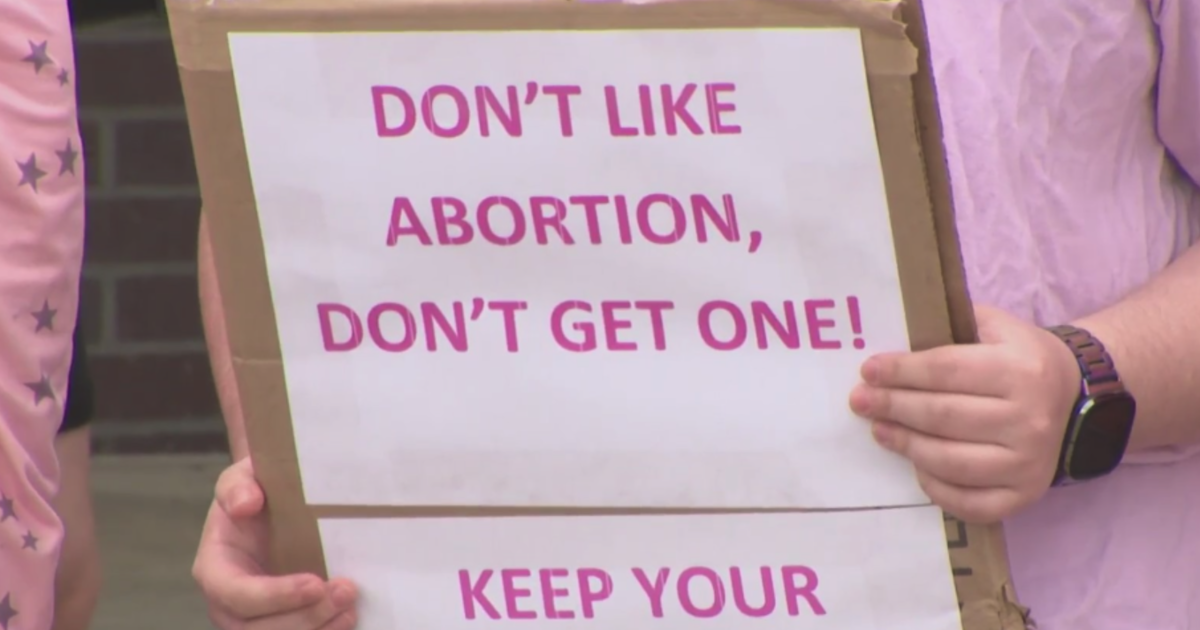 DALLAS (CBSDFW.COM) – Pro-abortion rights rallies were held Tuesday night in downtown Dallas, drawing hundreds of people where those with opposing views were also speaking out.

“We started organizing this last night,” pro-abortion rights advocate Marissa Rodriguez said. “Our rights as human beings are being attacked.”

She believes the U.S. Supreme Court draft opinion on overturning the nation’s abortion law does not reflect most American’s values and beliefs.

“It is our body, our choice and it seems odd to me that there are people out there who feel like they can make that decision for us when they’ve never had to live in our bodies in this world,” Sacha Casciato said.

On the other side, those who would like to see Roe v. Wade overturned were praying outside clinics in Northeast Dallas that continue to provide abortions.

“We are cautiously optimistic that Roe v. Wade will be overturned,” Geralyn Kaminsky said. “It doesn’t stop what we’re doing today. It doesn’t stop.”

“What it’s doing is righting a wrong from 50 years ago that the Supreme Court actually viewed that it was a constitutional right,” she said. “What it’s doing is it’s putting that right back into the state legislatures where it always belonged.”

In Texas abortion will be illegal if Roe V. Wade is overturned. In terms of enforcement, it would be up to district attorneys in each county to decide whether to accept a violation of the trigger law.

People on both sides say one of the best ways they can have their voices heard is to vote.