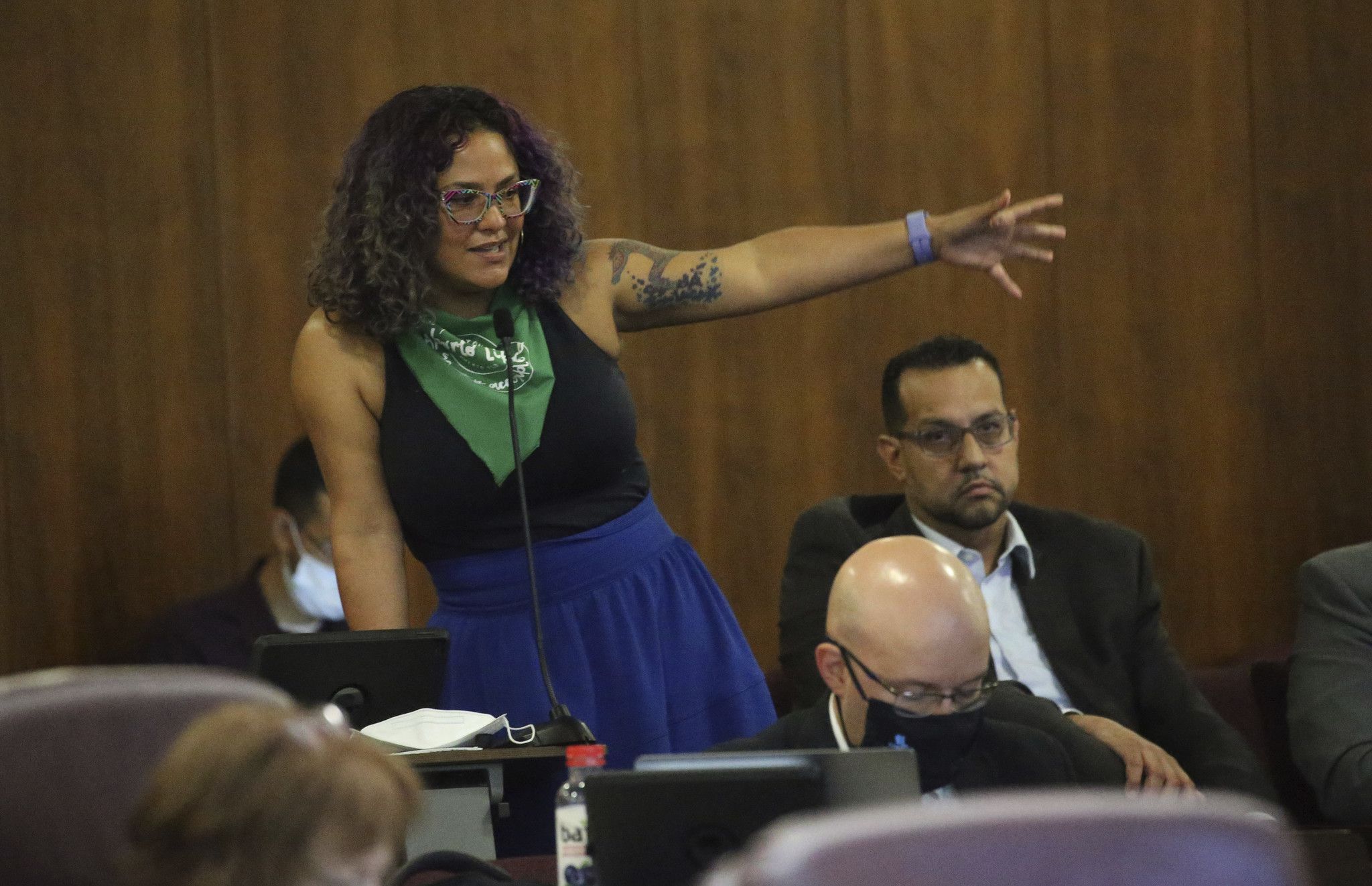 Chicago would ban its police officers from assisting out-of-state law enforcement in investigating people who travel here for an abortion and would spend $1 million each year to aid patients with housing and security escorts, under new legislation introduced last week.

The proposed ordinances come a month after the U.S. Supreme Court ended nearly 50 years of constitutional protection for abortion in a stunning overturning of Roe v. Wade, leaving Illinois as the Midwest’s haven state for the procedure or medication that has been banned in about half the country since then.

Further driving fears for proponents of abortion access was a rash of recent legislation cracking down on those who get or aid in abortions by subjecting them to lawsuits or arrest. No states have laws specifically to penalize residents who travel out of state for an abortion yet, but several have seen Republican legislators propose them, including in neighboring Missouri.

The Chicago proposal sponsored by Ald. Rossana Rodriguez Sanchez, 33rd, would forbid Chicago police from helping enforce any law from another jurisdiction that would impede the city’s values of bodily autonomy, according to the text.

“We know the demand on our providers and clinic infrastructure will be immense and we need to do everything within our power to build structures of care in our communities now,” Rodriguez Sanchez said in a statement. “I look forward to the work of passing these important pieces of legislation and to being part of a movement that fights for the resources necessary for everyone to live with dignity.”

Unless compelled by a court order, officers would be barred from making arrests or giving information or access to someone who is wanted by another state for seeking an abortion, contraception or gender-affirming care. The inclusion of the last piece comes after Texas enacted a law allowing the treatment for transgender people to be investigated as child abuse.

“Across the country we’ve seen an escalation in dangerous rhetoric about trans and other LGBTQ+ communities,” wrote Ald. Carlos Ramirez-Rosa, 35th, another legislation co-sponsor, in a statement. “We anticipate that, in the wake of the (Supreme Court) decision, a legal assault on rights of people to receive and provide gender-affirming care is sure to come next. We need to be ready.”

A Chicago police officer who violates the restrictions could be subject to an investigation by the Civilian Office of Police Accountabilityunder the legislation. It would also provide referrals to abortion, contraception and gender-affirming care services for anyone who calls 311.

The other proposed ordinance would double the $500,000 Mayor Lori Lightfoot pledged toward abortion access in May, when a draft opinion of the Supreme Court decision leaked. The mayor followed up in June by saying that amount was merely a “down payment.”

Rodriguez Sanchez’s legislation would earmark a total of $1 million for the public health department to go toward reproductive health care, transportation, lodging, security escorts to abortion clinics and a legal defense fund. That appropriation would be renewed annually.

The legislation currently resides in the health committee, but City Council is recessed until September.