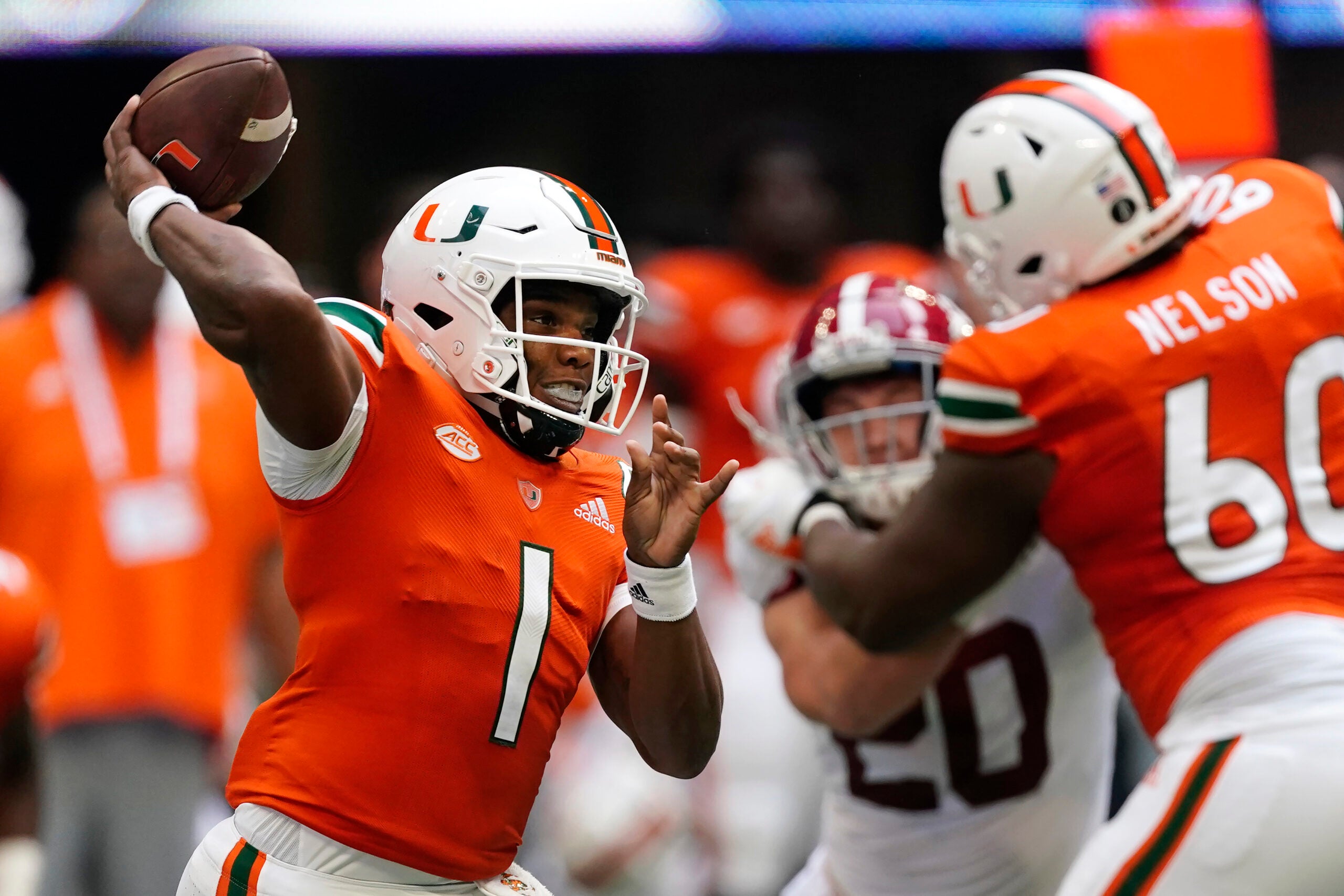 The Patriots added one of the most dynamic quarterbacks in college football last season as one of their undrafted free agents.

Miami quarterback D’Eriq King was the first player New England signed after the 2022 NFL Draft, NFL Network’s Tom Pelissero reported. However, King is expanding his horizons as a player entering the NFL. During the draft process, King shared he was open to playing running back and receiver in addition to quarterback.

“The more you could do, the more valuable you are. So if I can be one guy on a roster that can be backup quarterback, receiver, special teams, whatever I can do,” King said after Miami’s Pro Day. “It’s all about getting the best opportunity to make the roster.”

The Patriots actually brought King in for a visit during the pre-draft process with an emphasis on his quarterback skills, the Pro Football Network’s Aaron Wilson reported.

King shared at his pro day that he’s always done everything “as a quarterback,” has shown other talents besides his arm. Over his six-year college career, he ran for 2,055 yards and 32 touchdowns. He also played receiver during his first two years at Houston, catching 59 passes for 504 yards and three touchdowns over his time there.