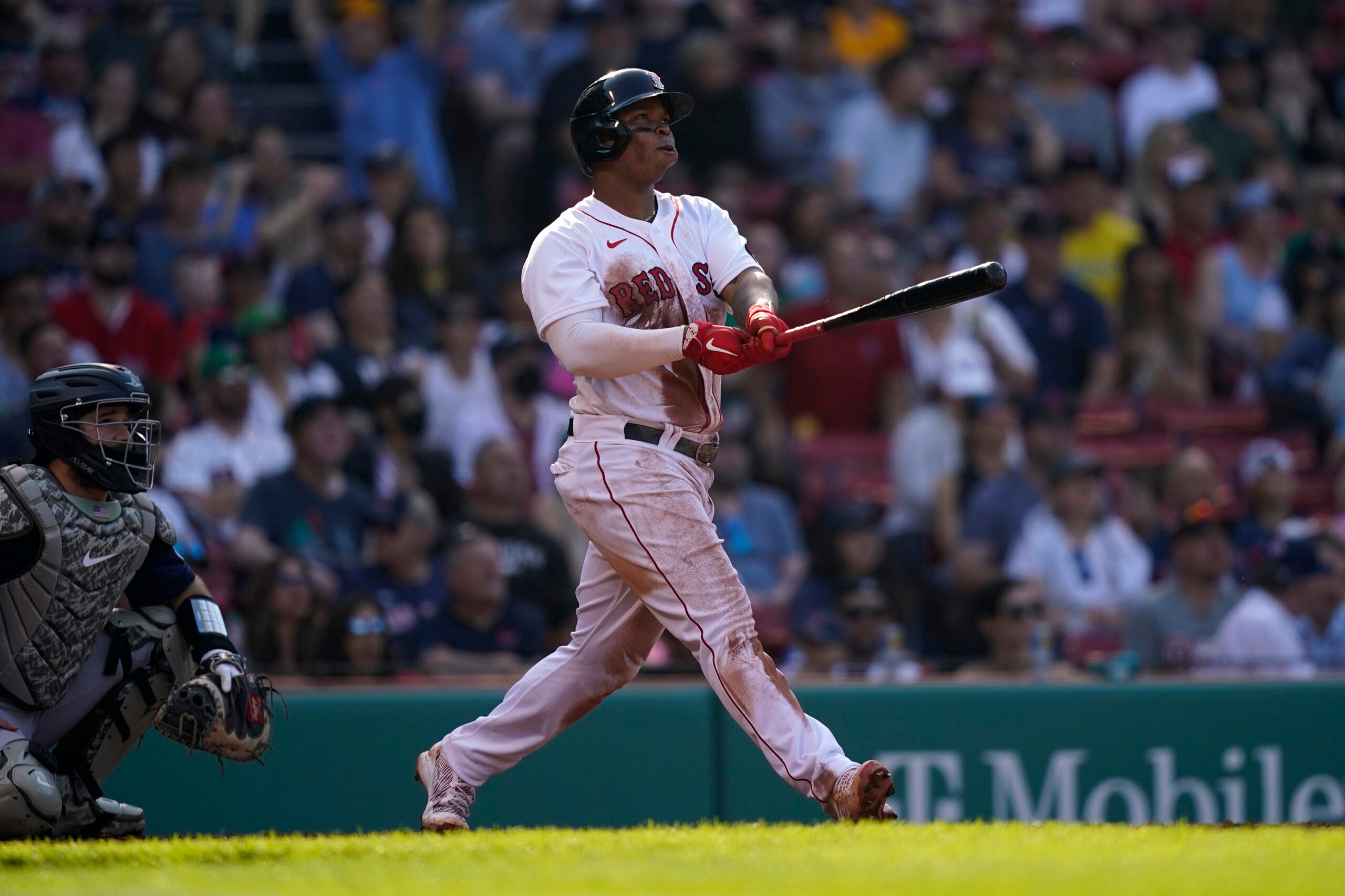 Devers drove in three runs and had three hits for the Red Sox, who posted their season-high fourth straight win.

Rookie Julio Rodríguez had three hits for Seattle, which has dropped five of six and 18 of its last 24.

Franchy Cordero tripled off Drew Steckenrider (0-2) when the ball took a crazy carom off the Green Monster away from center fielder Rodríguez.

When Cordero got up after his headfirst slide into third, he waved both hands in the air toward his dugout. Vázquez then followed with his single off the left-field wall.

John Schreiber (1-0) pitched a perfect eighth for the victory and Matt Barnes got the final three outs for his second save, with center fielder Kiké Hernández making a nice over-the-shoulder catch on Ty France’s drive to end it.

After both teams put up five runs in the first five innings, it became a battle of effective bullpens.

The Red Sox erased a 5-0 deficit by scoring a run in the third on Devers’ homer over Boston’s bullpen and four in the fifth when they chased starter Chris Flexen.

Devers homered into the first row of seats above the Green Monster after Hernández opened the fifth with a double. Bobby Dalbec had an RBI single off reliever Sergio Romo before Trevor Story’s sacrifice fly tied it.

The Mariners had jumped on Boston starter Garrett Whitlock for four runs and six hits in the top of the first. Rodríguez, Eugenio Suárez and Mike Ford each had an RBI single.

Mariners: 2B Abraham Toro left the game with a sprained left shoulder.

Red Sox: SS Xander Bogaerts was back in the lineup after having to leave Friday’s victory early. He landed hard on his back after LF Alex Verdugo undercut him while Bogaerts was backpedaling, trying to catch a pop. … Verdugo left Saturday’s game in the top of the second due illness.

After hitting three homers and driving in seven runs in the series opener and hitting a grand slam Friday night, Story went 0 for 3 with the sac fly.

Mariners RF Dylan Moore made a nice running catch on Hernández’s fly in the sixth, gliding toward a side wall before reaching over as his left side crashed into it.

Whitlock lasted just three innings, giving up career-highs with five runs and 10 hits, raising his ERA from 2.43 to 3.58. His previous worsts were three runs and just four hits.

Red Sox: RHP Nathan Eovaldi (1-2, 4.32) looks to rebound from a horrendous start on Tuesday when he allowed a major league record-tying five homers in one inning against the Astros.