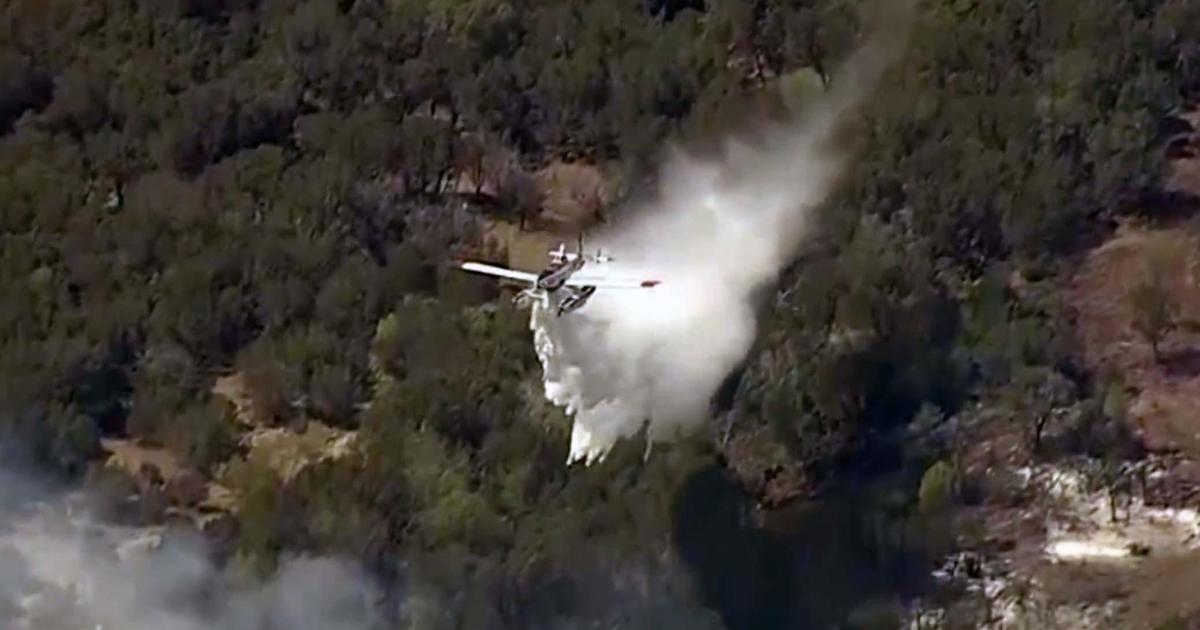 An upperlevel ridge remains in place across much of Texas, holding the heat in place. Temperatures will climb to as high as 104 degrees on July 27, with south winds expected at 8-12 mph gusting to 20 mph. Relative humidity will drop to nearly 20%.

The current rain free streak at Dallas-Fort Worth is at 54 days (5th driest ever) with no precipitation expected.

Firefighter’s primary area of emphasis is the northern perimeter near the intersection of FM 205 and the northwestern edge of the fire. Visible smoke was observed in this area throughout the day as hotspots interspersed with unburned fuel are causing flareups.

Planes flew overhead, dropping retardant and cooling the area, allowing ground crews the chance to work on hotspots. But the fire continues to smolder and creep through.

In addition, the eastern and western edges of the fire are being monitored for remaining hotspots.

Fire conditions across the region remain at a critical level. Soil moisture remains completely depleted to a depth of at least eight inches. This means the moisture normally present in the ground is not available to slow the spread of fires. This lack of moisture is facilitating the smoldering and the burning of roots across the Chalk Mountain Fire.

The Somervell County Sheriff’s Office reminds that prevention of the next ignition is of utmost importance in preventing the next wildfire. Refrain from parking vehicles on dry grass and make sure all power equipment is in good working condition.

Also, wildfires are a no drone zone.

There are no current evacuations or closures impacting the Chalk Mountain Fire.

Contact the Somervell County Sheriff’s Office for the most current information on evacuations and closures at 254.897.2242.