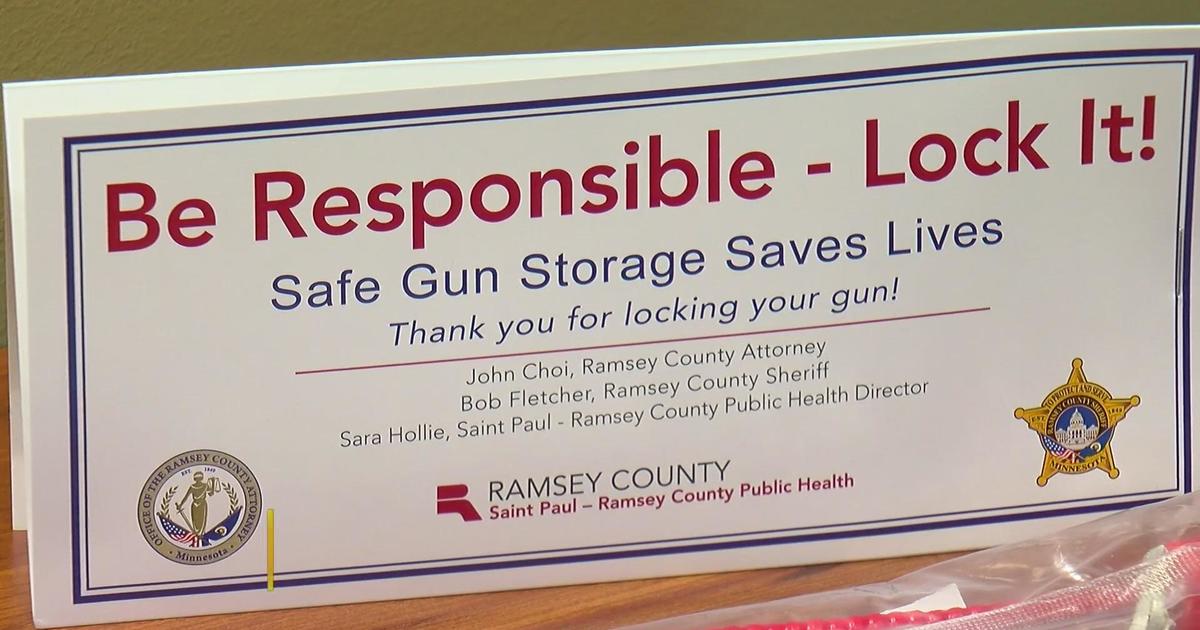 ST. PAUL, Minn.  – Ramsey County’s board chair, public health director and county attorney say they’re doing what they can to curb community gun violence but are calling on elected officials at the state and local level to do more.

In a press conference Wednesday morning, County Attorney John Choi announced the county’s plan to give away 1,000 gun locks at more than one dozen community locations – including social services locations in St. Paul, Maplewood and Roseville.

“We should be doing everything that we can to save lives,” Choi  said. “This will prevent, I think, a young child or anybody from being able to (access a firearm).”

Choi says the gun lock giveaway is happening now in part to school-age students coming home for the summer.

“Everyone who chooses to own a firearm has a responsibility to avoid needless tragedies in their own home and to reduce the ways they contribute to other gun violence in our community,” said Ramsey County Board Chair Trista MatasCastillo. “For too long, we’ve listened to the voices that say there’s nothing that can be done. Every time there’s a new gun death of an individual or new mass shooting.”

Choi then put focus on lawmakers at both a state and federal level, saying it was on them to pass legislation demanding increased efforts for background checks and limiting sales of assault weapons.

“This proliferation of guns needs to be addressed, and we have to also call out the fact of what’s standing in the way of this legislation being passed is a small special interest group,” Choi said in reference to the National Rifle Association.

Choi, MatasCastillo and Public Health Director Sara Hollie referenced the increase in gun permits in Minnesota as a reason for acting now.

“Gun locks and safely securing firearms is one piece of the puzzle to address the public health crisis on gun violence,” Hollie said, emphasizing the need for addressing root causes of violence like systemic racism and poverty. Hollie also emphasized the need for mental health resources.