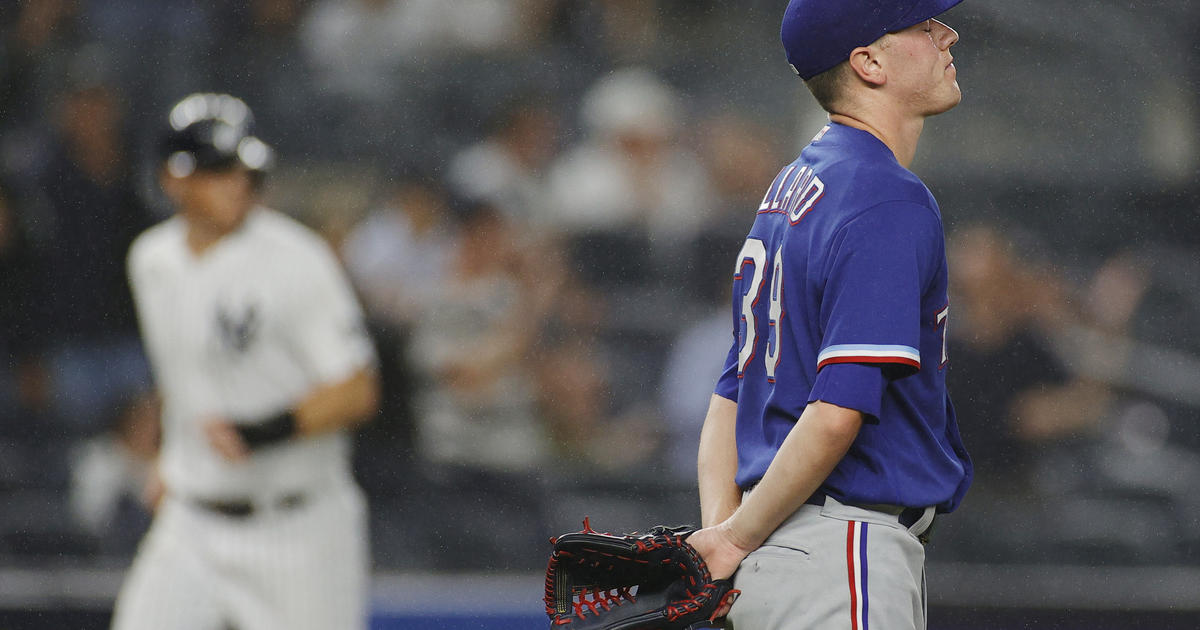 NEW YORK (AP) — The series opener between the Texas Rangers and New York Yankees was postponed for a second straight day on Saturday because of a forecast for sustained rain in the area.

The postponement was announced nearly four hours before game time. The Rangers and Yankees will make up the game Monday at 1:05 p.m.

They had been scheduled to play Friday night, a game that was rained out nearly eight hours before the scheduled first pitch. That game will now be played Sunday as part of a single-admission doubleheader beginning at 1:35 p.m.

This weekend marks Texas’ only scheduled trip to Yankee Stadium this season.

The Yankees lead the majors with an 18-7 record after their 11-game winning streak was snapped Wednesday night with a 2-1 loss in Toronto. The Rangers are 10-14 but have a season-best four-game winning streak after taking both games in their interleague series at Philadelphia.

Yankees ace Gerrit Cole (2-0, 3.00 ERA) is set to pitch the first game of Sunday’s doubleheader against right-hander Dane Dunning (1-1, 3.81). Cole had been scheduled to start Friday night, and Dunning was set for Texas on Saturday.

Glenn Otto (1-0, 2.89), who was initially set to go for Texas in the series opener against Cole, will instead pitch the second game of Sunday’s doubleheader against left-hander Jordan Montgomery (0-1, 2.88). The scheduled starters for Monday are right-hander Jon Gray (0-1, 7.50) for the Rangers and lefty Nestor Cortes (1-1, 1.82) for the Yankees.

New York is now scheduled to play 23 games in 22 days and will have only one day off while playing 29 games over 29 days through June 5.

The last time Texas had back-to-back games postponed was in May 2006 in Boston. The Rangers are now scheduled for 16 games in 15 days from Sunday through May 22 and 32 games in 32 days with only one day off through June 8.

Including Thursday’s off day, this is the first time the Rangers have gone three days in a row due to weather-related issues since the start of the 1982 season. The first two games that season — April 6 and April 8 at Yankee Stadium — were snowed out, and Texas didn’t play its opener until April 10 at Cleveland.