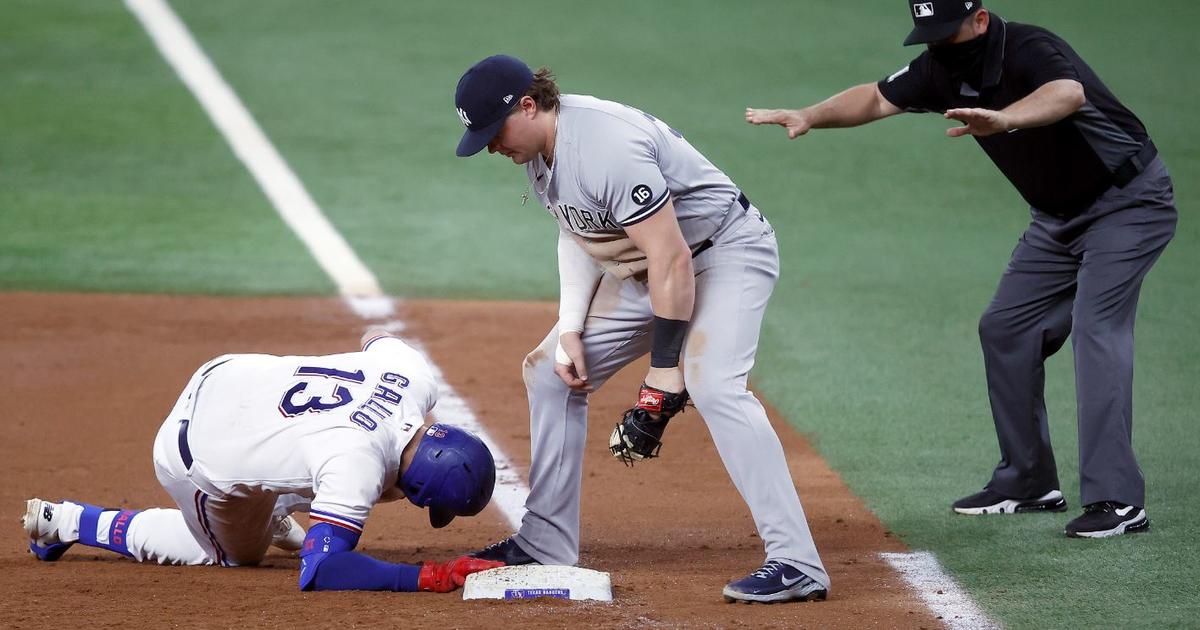 NEW YORK (AP) — The series opener between the Texas Rangers and New York Yankees was postponed long before Friday night’s scheduled first pitch because of a forecast for sustained inclement weather in the area.

The postponement was announced nearly eight hours before game time.

Texas and New York will make up the game with a single-admission doubleheader Sunday beginning at 1:35 p.m. The teams are also scheduled to play Saturday afternoon, when there is again a significant chance of rain in the Bronx.

This weekend marks Texas’ only scheduled trip to Yankee Stadium this season.

New York leads the majors with an 18-7 record after its 11-game winning streak was snapped Wednesday night with a 2-1 loss in Toronto. The Rangers are 10-14, but have a season-best four-game winning streak after taking both games in their interleague series at Philadelphia.

Yankees ace Gerrit Cole (2-0, 3.00 ERA) had been scheduled to start Friday night against Glenn Otto (1-0, 2.89), a former New York farmhand who was traded to Texas in a deal for slugger Joey Gallo last July. Cole was pushed back to Saturday.