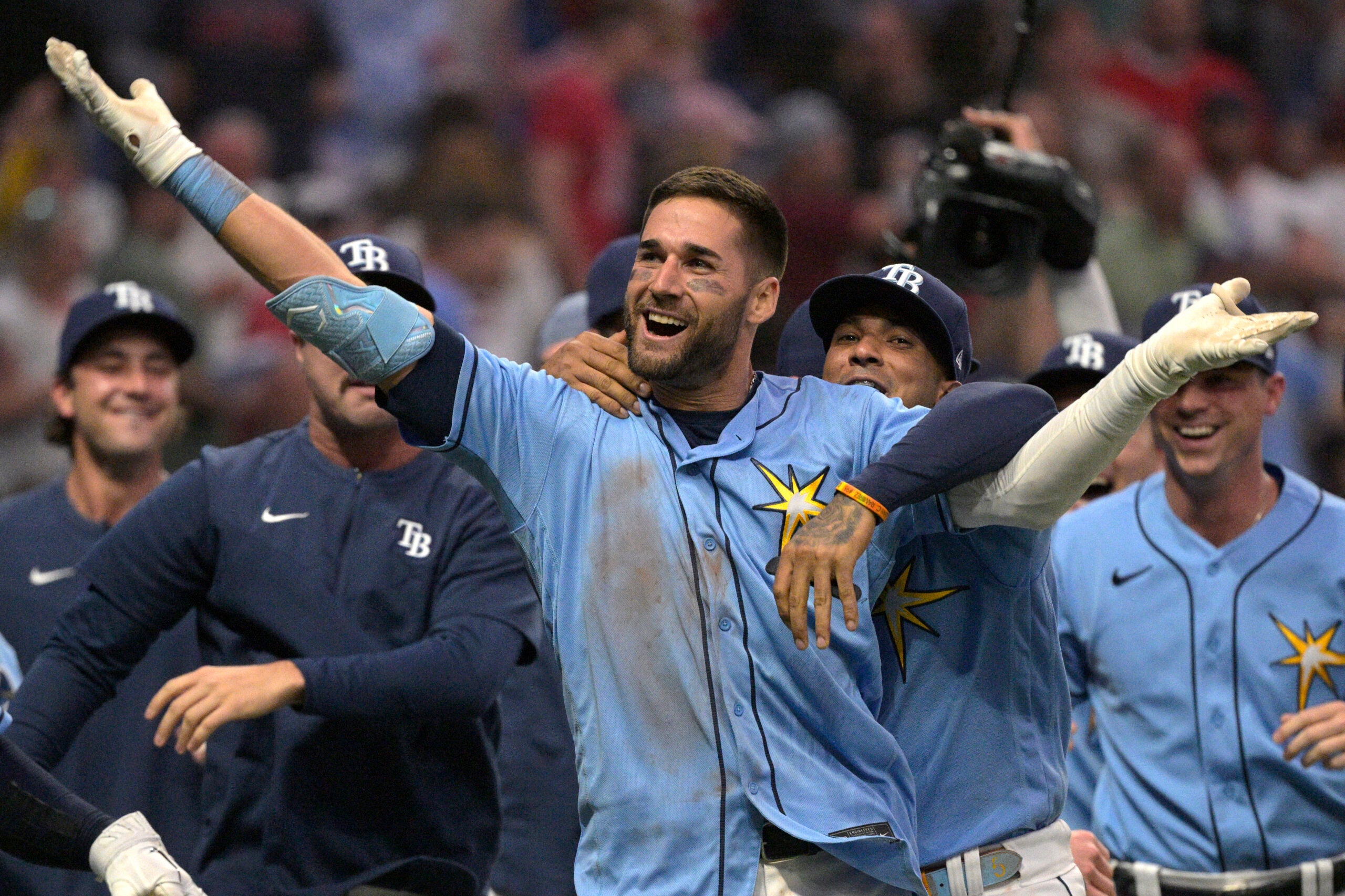 ST. PETERSBURG, Fla. (AP) — Kevin Kiermaier capped Tampa Bay’s three-run 10th inning with a game-ending homer, and the Rays beat the Boston Red Sox 3-2 on Saturday night after losing their bid for a combined no-hitter in the top half of the final frame.

Major League Baseball rules say it doesn’t count as a no-hitter until the game ends and a team finishes with no hits.

Hansel Robles (1-1) then came in for Boston and struck out the first two Tampa Bay batters in the bottom half. But automatic runner Randy Arozarena advanced on a balk and scored when Taylor Walls reached on a throwing error by second baseman Trevor Story.

After Walls swiped second, Kiermaier drove Robles’ 3-1 pitch deep to right for his first homer of the season.