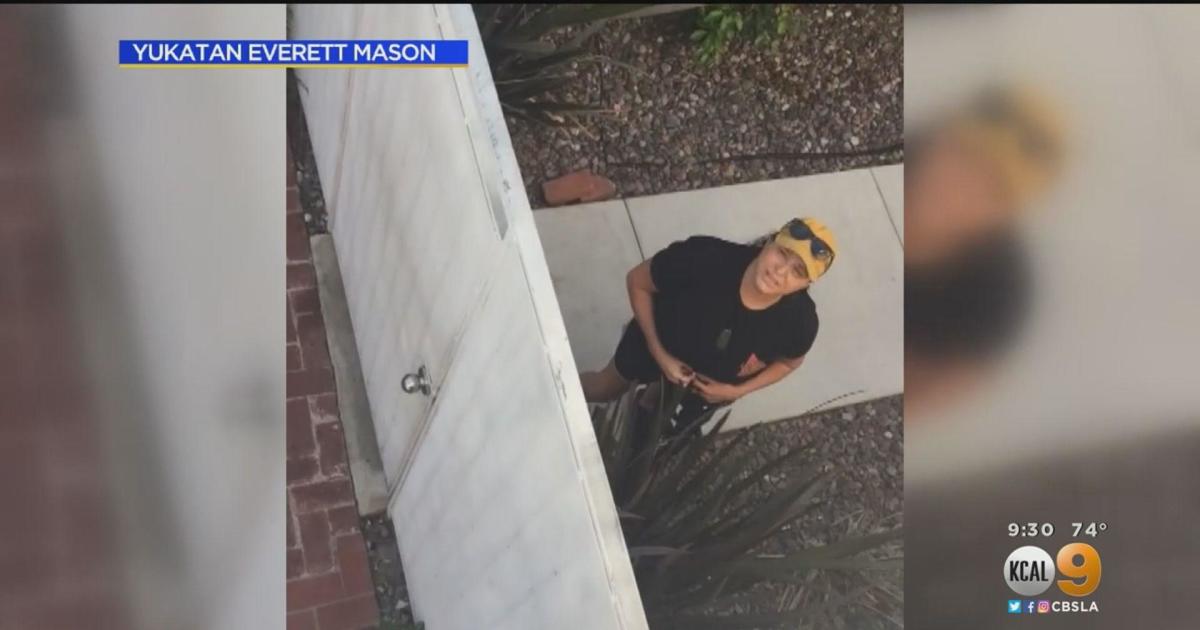 What started as a nuisance for Long Beach residents at an apartment complex has completely turned into a nightmare.

A woman has been caught and recorded spewing hate and racial slurs towards her neighbors.

After being arrested and later released by police, the woman is now threatening her neighbors.

“This should go right around your neck, you little N***,” the woman was recorded saying.

Yukatan Everett Mason lives next door to the woman. He has to walk by the woman’s apartment everyday.

“Her place is right there. I have to go up the stairs every single day and every day I’m praying to God that this isn’t the day she decides to blast me through the window,” Mason said.

He told CBSLA Reporter Joy Benedict that the police has not done enough to resolve this disturbance since he moved into the building back in December.

“People ask, ‘what’s the other side of the story. What did you do?’ I moved in and I was Black. Literally what I did,” Mason said.

Mason added that the woman has shattered glass in common areas, sprayed water through windows and when police are called to the premises, she notches up her screaming.

Police arrested Lorrene Lake early Friday morning after she allegedly made more threats. However, neighbors said it’s the third time Lake has been arrested and something should have been done sooner.

Raquel Sepulveda said she got a temporary restraining order on Lake, who threatened to kill Sepulveda.

“They think the restraining order is protection for you. It’s just a piece of paper. Someone comes to you and says they’re going to kill you. Do you put the paper up? Is that gonna stop the bullet,” Sepulveda said.

The property management company didn’t want to speak to Benedict because of pending litigation with the tenant but said it has been posting notices and trying to build a nuisance eviction case against Lake since May.

The company claimed the issue is complicated by local laws that restrict evictions. The property owners said they plan to file a building restraining order on Monday but residents fear that will be too late.