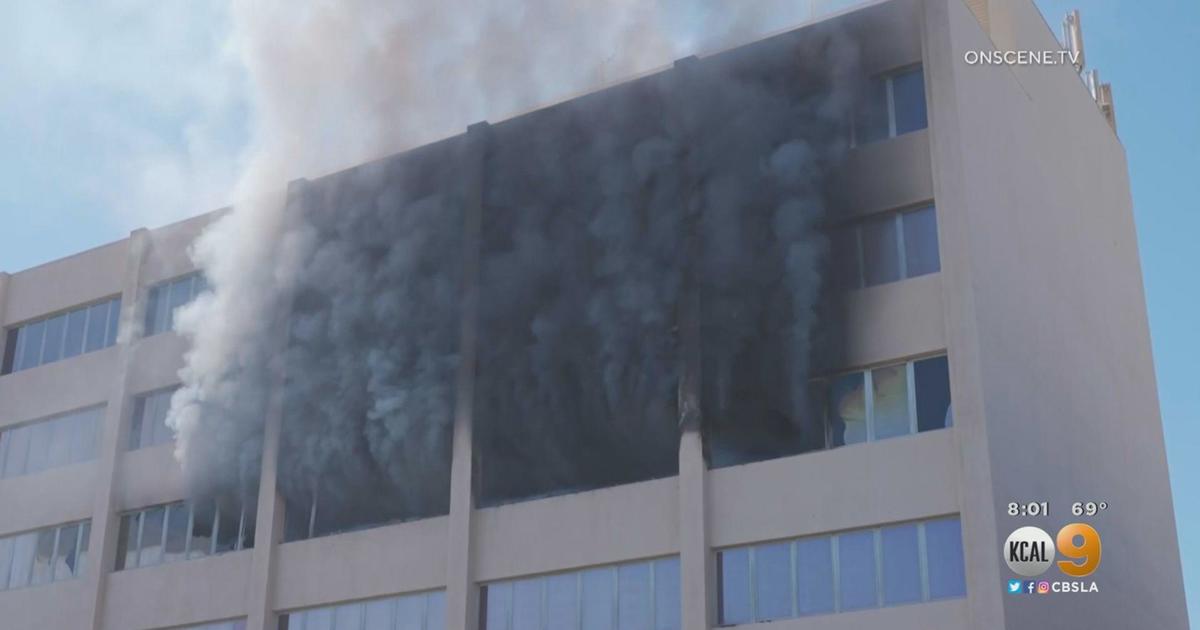 San Bernardino County firefighters are still investigating what caused a commercial building to go up in flames on Sunday morning.

Fortunately, no one was inside the building when a fire broke out on the fourth floor and eventually spread to the sixth floor.

But now SB County has to figure out what it will do after the fire torched several offices that house several departments including code enforcement, public health and grand jury work.

The San Bernardino County Fire Department said the fire was originally reported around 9:30 a.m. The building is located at West 3rd street and Sierra Way, near the 215 Freeway and Baseline Road.

Despite heavy smoke and high heat, crews managed to keep the fire from spreading even further. Firefighters knocked down the fire in 90 minutes.

San Bernardino County officials can breathe a sigh of relief that no serious damage was done.

But now they must figure out where county employees will work from.

“The county has more than 500 leased and owned facilities throughout the county between here and Needles and so there’s many places we can relocate people to make sure there’s no interruption in public service,” Wert said.