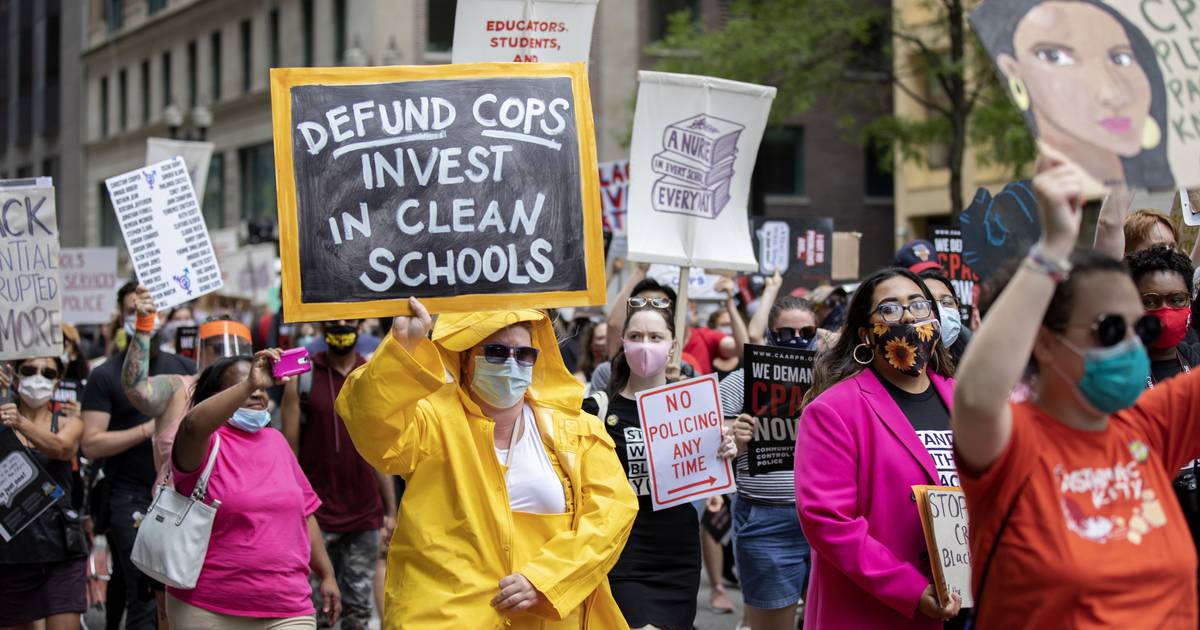 Forty-one high schools will once again evaluate their safety plans and decide by June 15 if they will continue in Chicago Public Schools’ controversial school resource officer program.

“This is not just about the vote of whether you want to keep SROs or not,” CPS Chief Safety and Security Officer Jadine Chou said at Wednesday’s monthly Chicago Board of Education meeting. “This is about, how do you look at safety holistically — physical safety, emotional safety and relational safety?”

Last summer, 19 schools decided to retain both of their uniformed Chicago police officers; 22 schools chose to keep just one officer; and 12 schools voted to exit the SRO program. Based on the school votes, the board in September approved a one-year, $11 million agreement with the Chicago Police Department for this program.

The schools that ditched one or both of their officers received nearly $3.3 million combined to pay for an alternative, such as a restorative justice coordinator or a youth intervention specialist.

Chou said Wednesday that in the coming weeks CPS will post school discipline data online while determining more ways to measure if these other approaches are working, such as the perception of safety at a school.

The 41 schools still in the SRO program must reconvene their safety committees, which will include at least two parents and two students, to review data, solicit feedback from school community members and present an updated safety plan with a recommendation on school police to the Local School Council for a vote by June 15.

The 12 schools that left the SRO program don’t have to go through this “whole school safety” planning process again, and they will receive the same funding as last year, Chou said. Schools that voted police officers out cannot reinstate them.

The process was born from the nationwide reckoning that followed the killing of George Floyd by Minneapolis police. CPS partnered with five community-based organizations, which hosted nine community meetings to gather input on the process and devise recommendations such as sharing school safety plans online, increasing student and community involvement in the decision-making and implementation process, and promoting stories of success.

“Year one was really focused on building out what that whole school safety plan could look like in and of itself,” said Juleny Santa Cruz of Mikva Challenge, one of the groups that worked on this process. “Year two is a really good opportunity to continue to push the envelope on, how do we shift safety from punitive measures into holistic measures?”