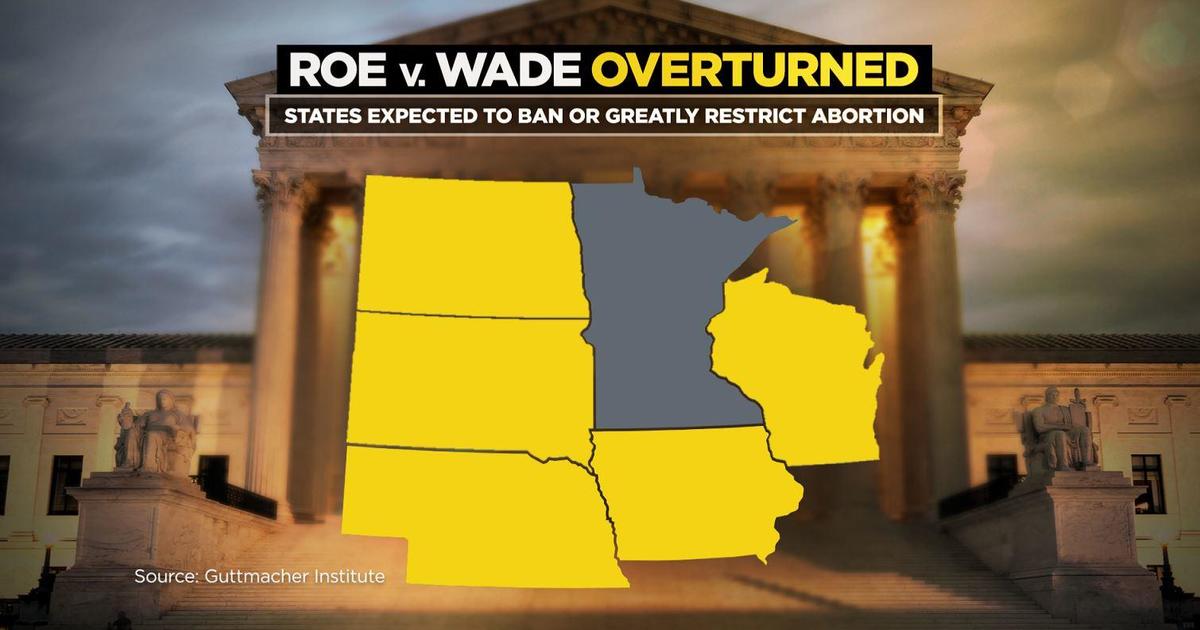 ST. PAUL, Minn. — A woman’s choice to terminate a pregnancy is no longer a right granted in all 50 states.

“Today is an absolutely devastating and horrible day,” Sarah Stoesz, president and CEO of Planned Parenthood North Central States lamented in a news conference. “Because the right to abortion is no longer constitutionally protected by federal law it now depends on where you live as to whether or not you can have an abortion or whether you have to travel to another state.”

Indeed, data from the Minnesota Department of Health shows roughly 10% of patients seeking abortions in Minnesota already come from out of state, including North Dakota, South Dakota, Wisconsin, Iowa, and Michigan.

Now that Roe v. Wade has been overturned, the Dakotas and Wisconsin, among others, are immediately banning the procedure. Planned Parenthood now projects the percentage of out-of-state patients seeking abortions in Minnesota could jump to 25% of all cases.

“Our doors remain open,” Stoesz  said. “We continue to intend to be the good neighbor that we have always been to others in surrounding states. A good neighbor to the north, the east and the west, and we will be welcoming people here in Minnesota.”

Minnesota and Illinois are the only states in the upper Midwest that where abortion rights are solid in their state constitutional law.

There are seven clinics in Minnesota where physicians perform abortions, in addition to some hospitals; five are in the Twin Cities metro, while one is located in Rochester and another in Duluth.

Jonah Kaplan is WCCO and CBS News Minnesota’s investigative reporter and has built a strong reputation for his balanced and in-depth coverage of high-impact issues including the economy, immigration, education, public safety, and the military, among others.