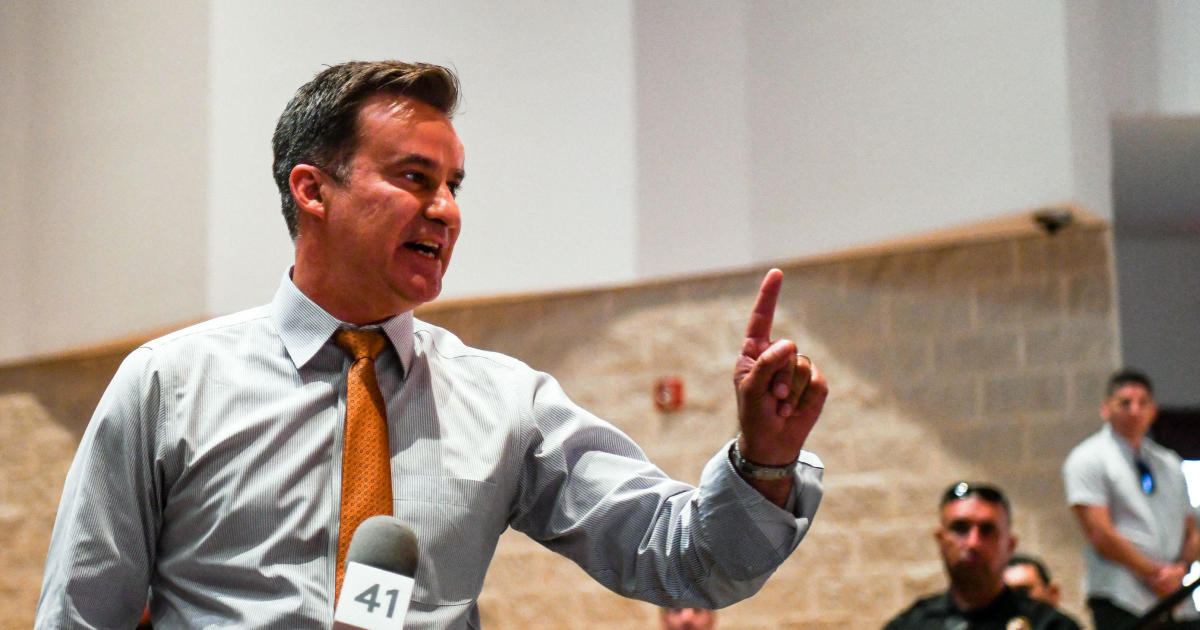 TEXAS (CBSDFW.COM) – Democratic State Senator Roland Gutierrez of San Antonio, who represents Uvalde, insisted Tuesday that Texas DPS Director Steve McCraw told him state troopers were among those waiting in the hallway near the Robb Elementary School classroom for more than an hour before confronting the 18-year-old gunman.

Gutierrez said, “We had as many as 13 DPS troopers in that hallway, those are the people that are accountable to me in the legislature.”

He first told the San Antonio Express-News about the comments Monday.

Texas DPS disputed Gutierrez’s account Tuesday and issued a statement to CBS 11. “Media reports indicating more than a dozen Texas Department of Public Safety Troopers waited in the hallway outside classrooms 111 and 112 during the Robb Elementary School shooting in Uvalde are inaccurate. More than a dozen DPS personnel were on campus assisting with the evacuation during the course of the incident and at times, entered/exited the hallway. To characterize DPS officers as massed in the hallway while waiting more than an hour to enter the classrooms is wrong.”

After hearing the DPS statement Gutierrez said, “He told me 13, I assure you, and so perhaps he was wrong. But here’s the biggest thing. They have the videos, they have the GPS data, they have all the information. They have enough technology to know where each and every one of our officers were.”

When McCraw addressed reporters May 27, three days after the shooting, he said that the on-scene commander, Uvalde ISD Police Chief Pete Arredondo made a mistake when he delayed confronting the gunman. “The scene commander considered it a barricaded subject and that at the time there were no more children at risk. Obviously, obviously, you know, based upon the information we have there are children in that classroom that were at risk.”

The Texas Tribune has reported that Arredondo told them that he didn’t consider himself the on-scene commander and thought someone else was.

The Tribune also quoted Arredondo as saying he delayed entry into the classroom because they couldn’t find a key to unlock the door.

Gutierrez said the DPS Director told him there was no need to find the key. “The statement was given to me by Steve McCraw, that there was enough equipment, manpower, and firepower to breach that door.”

The Senator blamed all of law enforcement for the failures that day. “When you have no communications on the ground, when you show up there for 45 minutes, you’re waiting outside of a classroom, and people aren’t communicating with each other and effective way that is a failure.”

He said McCraw told him the Uvalde County DA is now conducting a criminal investigation into the shooting.

We asked DPS to confirm but didn’t hear back.

We emailed the Uvalde County DA, Christina Mitchell Busbee, about whether she is conducting a criminal investigation, but she hasn’t responded.

She previously told the Uvalde Leader News that an investigation would take at least six months, if not longer.

The DA asked the Texas Rangers and Texas DPS to investigate.

U.S. Attorney General Merrick Garland announced last week that the Justice Department will investigate law enforcement’s response but that it won’t be a criminal probe.

In addition, a special Texas House committee is investigating all aspects of the shooting and will conduct two days of hearings in Uvalde Thursday and Friday.

The three-member committee will conduct interviews and fact-finding in executive session.

Two other House committees and a Senate committee have been designated to develop recommendations and present them to lawmakers and Governor Greg Abbott.

Many Democratic and a couple of Republican lawmakers have called on the Governor to call them back into a special session, but he hasn’t done so yet.