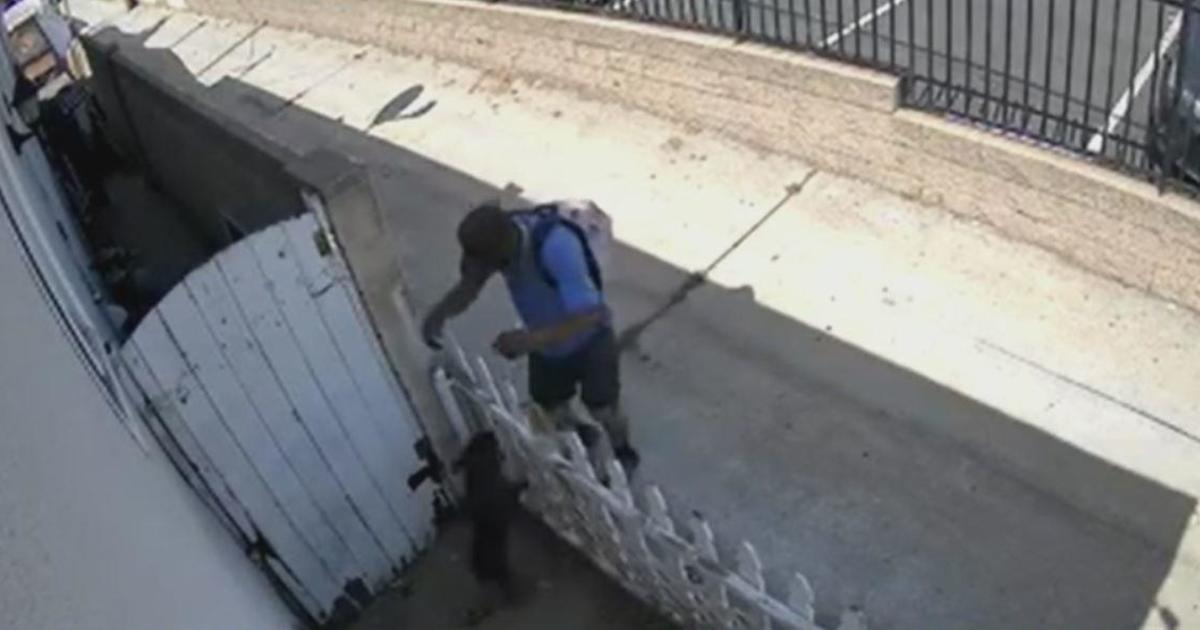 A French bulldog was brazenly stolen from a yard in Wilmington Wednesday afternoon.

The theft, which was captured on security video, occurred in the 700 block of West C Street a little after 3:30 p.m., according to the owner.

The footage showed a man reaching over a fence, grabbing the dog, and then jumping on a skateboard and skating away.

Los Angeles police confirmed it is investigating the theft. No arrests have been made and the dog remains missing.

There have been a slew of French bulldog thefts over the past year across the Southland. On March 21, a French bulldog was also stolen from a Westminster yard. It was found a few days later.

A French bulldog stolen off the front patio of a Newport Beach home on March 27 was dropped off safely at a police station after the owners offered a $5,000 reward.

The most famous such theft occurred in February of 2021, when Lady Gaga’s dogwalker was shot and two of her French bulldogs were stolen on a street in Hollywood. The bulldogs were returned safe and three suspects were arrested.