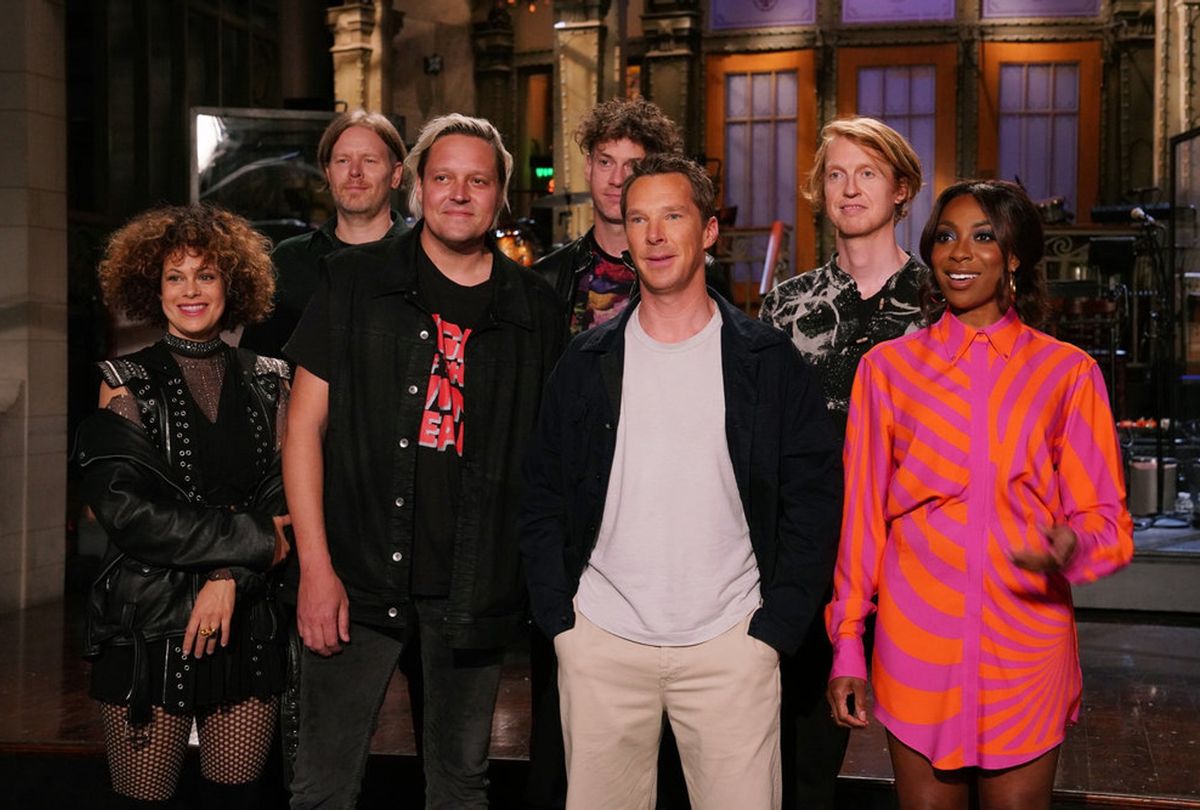 In the cold open of “Saturday Night Live,” hosted by Benedict Cumberbatch, star of “Doctor Strange in the Multiverse of Madness,” SNL makes tongue-in-cheek commentary on the furthered push to overturn Roe v. Wade.

In the sketch, Cumberbatch plays a man in the year 1235 who pontificates on the antiquated laws enforced on a woman’s body at that time, many of which are still being referenced today in 2022.

RELATED: This is what it was like trying to get an abortion in the United States before 1973

Setting the scene at the top of the sketch, words scroll across the screen saying:

“In the draft of his majority opinion overturning Roe v. Wade, Justice Samuel Alito explains that no woman has a right to an abortion, and that in fact abortion is a crime. To prove it, he cites a treatise from 13th Century England about the ‘quickening’ of the ‘foetus’ and a second treatise that says if the quick childe ‘dieth in her body’ it would be a great ‘misprision.’ We go now to that profound moment of moral clarity, almost a thousand years ago, which laid such a clear foundation for what our laws should be in 2022.”

“While I was cleaning the hole at the side of the castle where we poop and then it falls through the sky into a moat full of human feces, I started to think about abortion,”  Cumberbatch’s character says.

The characters then go on to discuss how a law should be made against abortion, similar to the laws they have in place against pointy shoes.

Kelly McClure is a journalist and fiction writer who lives in New Orleans. She is Salon’s Nights and Weekends editor, and her work has been featured in Vulture, The A.V. Club, Vanity Fair, Cosmopolitan, Nylon, Vice, and elsewhere. Her first novella, Something is Always Happening Somewhere, comes out on May 13, 2022