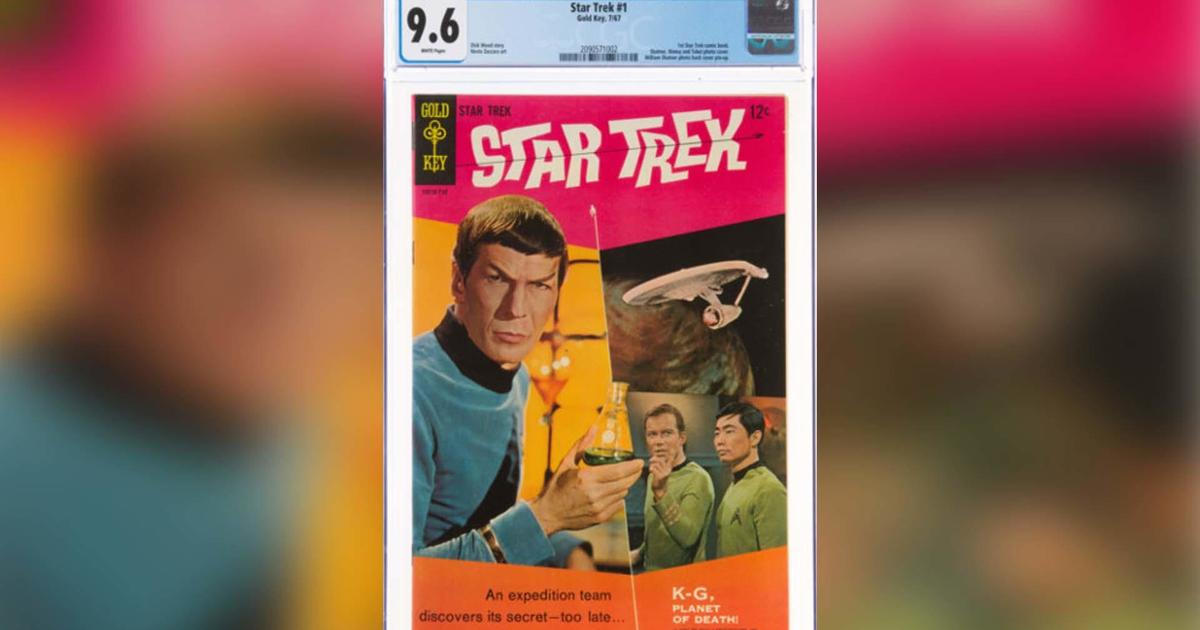 The first “Star Trek” comic book sold at an auction for a record-breaking price of $46,500, according to Certified Guaranty Company, a Florida-based comic book grading service.

CGC said it gave the comic book a near-mint rating of 9.6. The company added it has only given the rating to four other copies of the issue, and this one more than doubled the previous record of $20,500 set in 2019.

The inaugural issue contained “The Planet of No Return” and the story was written by Dick Wood. The series’ first cover featured Spock, Kirk and Hikaru Sulu, and went on a 12-year, 62-issue run under Gold Key. The series ended in 1979 when Marvel Comics acquired rights to the series and began its own, according to ComicBook. The current license holder of the series is IDW Publishing, which launched its first issue in October.

The history-making book was part of a larger sale of other prized comic books from a collector. Among them included comic books from Walt Disney’s Comics, Donald Duck, Scooby-Doo and Astro Boy. Several sold for thousands of dollars.

This sale at Heritage Auctions came days before a rare Buddy Holly poster from “The Day the Music Died” sold for a record-breaking price $447,000. The poster is an original advertisement window card memorializing the show that never was, and one of the first tragedies in rock and roll history.

Christopher Brito is a social media producer and trending writer for CBS News, focusing on sports and stories that involve issues of race and culture.