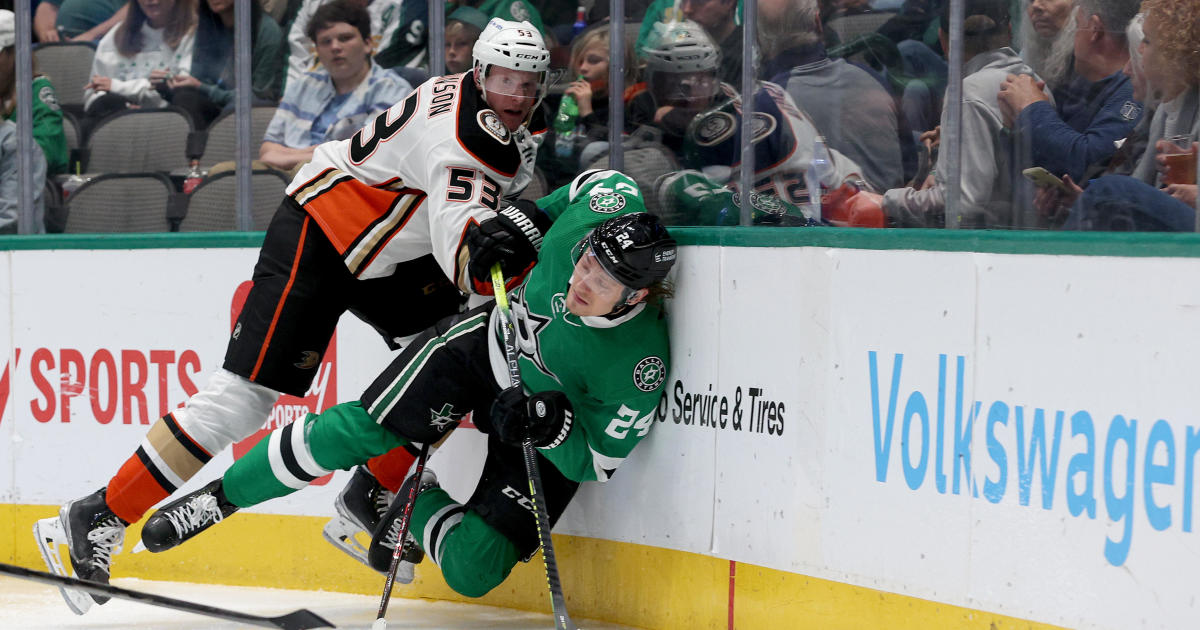 Jason Robertson scored on a power play against an emergency replacement goalie midway through the third period and the Dallas Stars beat the Anaheim Ducks 4-2 on Friday night in the regular-season finale for both teams.

Robertson gave Dallas a 3-2 lead with his 41st goal of the season, with puck going off an Anaheim stick and Thomas Hodges, making his first appearance in an NHL game after goalies John Gibson (upper body) and Anthony Stolarz (lower body) were injured.

Defensemen Thomas Harley and Joel Hanley scored second-period goals for Dallas, and Vladislav Namestikov scored into an empty net with a minute left.

Gibson made five saves, Stolarz eight and Hodges two. Hodges has been the emergency goalie for the Stars and the ECHL’s Allen Americans for three seasons.

Max Comtois scored for Anaheim 7:33 into the game, and Troy Terry tied it in the second period.

NOTES: Dallas D John Klingberg (lower-body injury) sat out the game. ,,, Anaheim’s second goal was a collaboration by their leading scorers, Terry with 37 goals and 67 points, and Trevor Zegras with his 38th assist. … Masters champion Scottie Scheffler, ranked No. 1 in THE world golf and a three-time state champion at Dallas’s Highland Park High School, performed the ceremonial puck drop.