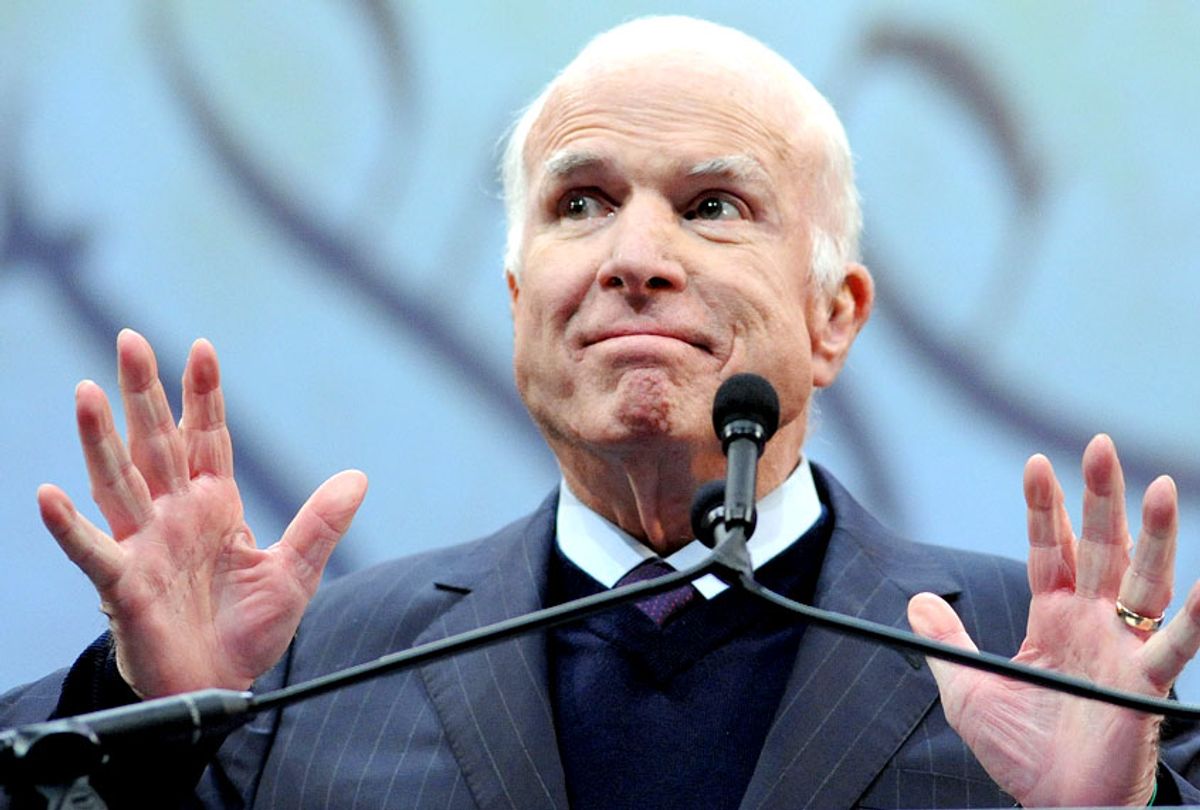 What started out as a battle between a top campaign adviser to the late Sen. John McCain, R-Ariz., and his daughter has become an exposé about the way that Russia has allegedly managed to make its way into influencing the Republican Party over the past two decades.

Speaking to the Kyiv Post, former McCain advisor Steve Schmidt outlined the dominating influence of Paul Manafort and his business partner Rick Davis over the GOP.

“Let’s look at some past presidential campaigns: In ’96 Senator Bob Dole was an insider; in 2000 Senator George W. Bush was an outsider; in 2004 we had Bush’s re-election and in 2008 Senator John McCain was an insider. If you take a look at those campaigns, you can see that one firm, in particular, had an inside track. It was a Washington DC firm that had represented Russia’s interests across Eastern Europe,” Schmidt said.

If McCain had won the 2008 race, Davis, who had close ties to Russia, would have been the chief of staff to the president, Schmidt warned. McCain suspected that there was a concerning link and was certainly told about it enough times by aides, but Schmidt thinks he compartmentalized it.

“This was the issue during the McCain 2008 leadership campaign between Rick Davis and [campaign strategist] John Weaver. It was on this issue that there were sparks flying. Literally, like almost fistfights,” said Schmidt.

He went on to say that by December of 2007, McCain’s campaign was functionally bankrupt because Davis and Manafort mandated that every purchase from the McCain campaign be run through their company, where they added on a percent to everything.

“It didn’t matter if it was pens, coffee or banners: They wanted their cut,” said Schmidt. “I mean, in normal campaigns you go down to the local hotel and take the free sugar and coffees in the lobby – but no, they wanted to make money first and foremost.”

McCain thought that he needed David and Manafort to win. “What I came to understand during the McCain race was that there was no way to get rid of this pro-Russian lobbyist, Rick Davis, he was ‘in.’ He wasn’t leaving or going anywhere,” Schmidt continued.

He explained that the reason he’s coming out about all of it now is that he has been accused of being pro-Russian.

“Only someone who is certifiably crazy would ever say something as ridiculous as that I’m in any way pro-Russian. Anyone who knows me knows that I have done everything I can to root out Russia’s influence in American politics,” said Schmidt.

The important detail for Schmidt is to note that Donald Trump was not the first presidential candidate that Moscow had its eyes on.

“Either way, the U.S. needs to wake up to the malevolent influence of Russia in our politics. Specifically, the relationship with the lobbyists who represent Putin’s interests and then rub elbows with our political and governmental leaders,” he said.

He fears that with Americans’ attention span at gerbil level that there is a chance that people will forget.

“We fix it by rooting out those tied to Russia,” he closed. “We fix it by reforming the lobbying culture. There cannot be a turn-style between personal interests and power.”