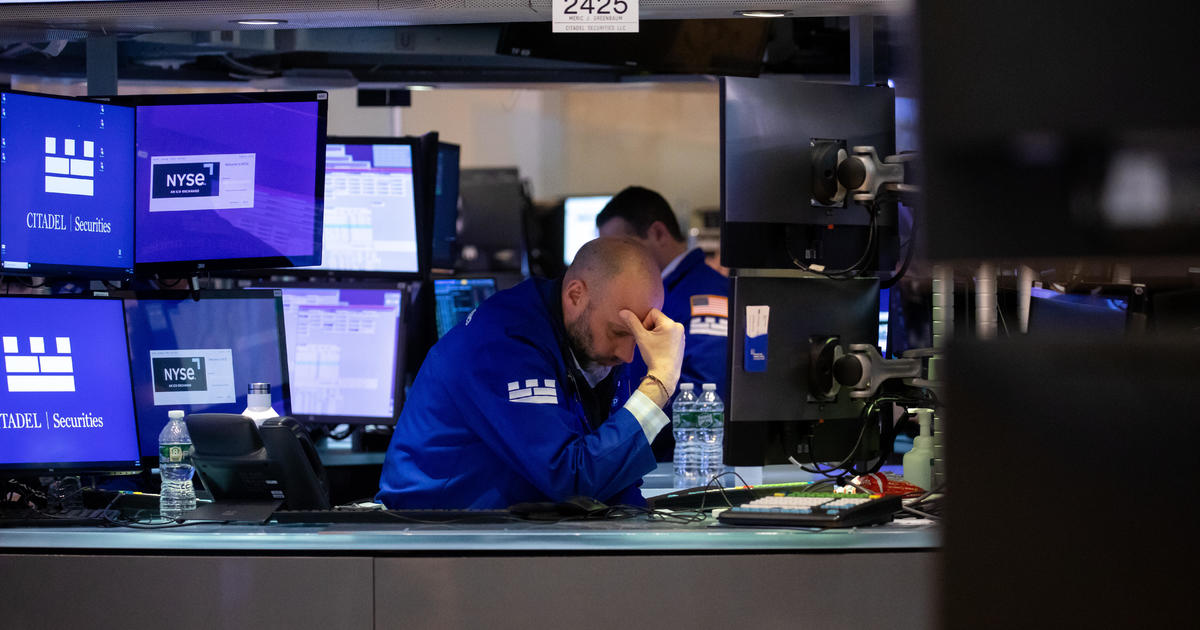 Wall Street is increasingly worried about the potential for a downturn in the face of headwinds including the stiffest inflation in 40 years and rising interest rates. Tightening monetary policy could create a bumpy landing — and even a recession — causing economic growth to slow. Grim quarterly earnings reports from retailers such as Target and Walmart this week have fueled investors’ concerns.

“It’s a gloomy morning as stocks tumble pretty much everywhere on the planet,” Adam Crisafulli, president of investment advisory firm Vital Knowledge said in a research note. “The Walmart/Target blow-ups cast an extremely negative pale over the tape, kicking over the modest stability witnessed in markets Thurs-Tues.”

The skid has put the S&P 500 on the cusp of a “bear market,” which is when a stock index falls 20% or more from a recent high for a sustained period of time.

Bear markets: How long do they last?

History shows that the faster an index enters into a bear market, the shallower they tend to be. Historically, stocks have taken 251 days (8.3 months) to fall into a bear market. When the S&P 500 has fallen 20% at a faster clip, the index has averaged a loss of 28%.

The longest bear market lasted 61 months and ended in March 1942, with the index tumbling 60%.

What’s driving the market down?

A rash of disappointing earnings reports by major retailers has sparked the most recent selloff, with Target losing a quarter of its value after reporting quarterly results that fell far short of analysts’ forecasts. Inflation, especially for shipping costs, dragged its operating margin.

Target’s report came a day after Walmart said its profit took a hit from higher costs. Investors interpreted the reports as evidence that inflation is weighing on consumers, who are holding back on purchasing big-ticket items and changing from national brands to less expensive store brands.

Wall Street is also concerned about “the ability of companies to pass along higher costs, something that was questioned but which found somewhat of an answer with the retailer’s earnings reports,” said Quincy Krosby, chief equity strategist for LPL Financial, in a research note.

Krosby added, “To be sure, consumers  continue to spend, but many of the top retailers are unable to pass along the higher labor costs and higher prices wrought by a still constrained supply chain.”

— With reporting by the Associated Press.