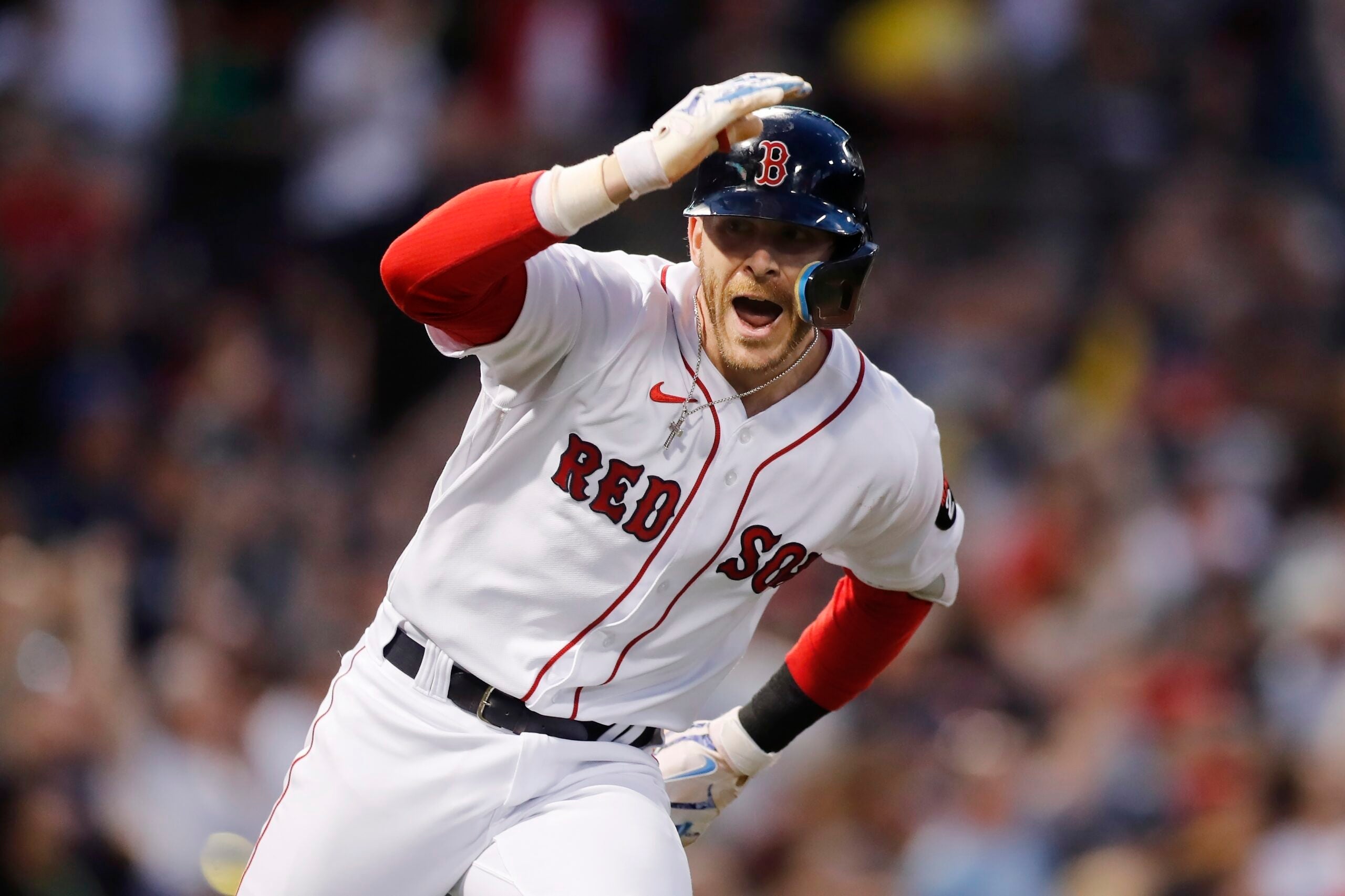 BOSTON (AP) — Trevor Story hit a grand slam over the Green Monster — and into the hands of a former Red Sox player — a night after hitting three over Fenway Park’s fabled left field wall, leading Boston to a 7-3 victory over the Seattle Mariners on Friday night.

Story connected on a thigh-high 1-2 slider off Robbie Ray (4-4), driving it into the first row of seats to give Boston a 4-0 lead in the third inning. Former Red Sox outfielder Jonny Gomes, a member of Boston’s 2013 World Series champions, was seated atop the Monster. He moved a few steps to his right and caught Story’s slam against his body, high-fiving the person next to him with a big smile.

“I’m going to make Trevor sign it and take it home,” the 41-year-old Gomes said with the ball sitting on a tabletop in front of him.

Along with going deep three times in Boston’s victory in the opener of a four-game series Thursday, Story had four hits and drove in seven runs.

Jackie Bradley Jr. added a three-run shot for the Red Sox, who won for the seventh time in 10 games following a season-high five-game losing streak.

Austin Davis (1-1) relieved starter Michael Wacha with two on and two outs in the fifth, striking out J.P. Crawford before working a perfect sixth for the victory.

Reinstated from the 15-day injured list before the game, Wacha gave up two runs and four hits in 4 2/3 innings, walking three with three strikeouts. He was sidelined with soreness in his left side.

Abraham Toro hit a two-run homer for the Mariners, who have dropped four of five.

Red Sox: To make room for Wacha, RHP Ryan Brasier was optioned to Triple-A Worcester. “It’s not an easy decision with what he means to us,” manager Alex Cora said. “But in the end, he knows he has to get better and he will.”

Boston SS Xander Bogaerts tumbled over LF Alex Verdugo and landed hard on his back as he was back peddling, trying to make a catch on a pop in shallow left. He was on the ground for a bit but stayed in the game before being pinch hit for in the bottom of the inning.

Ed Cottrell, a 100-year-old WWII vet, walked to the mound to deliver the game ball to a nice ovation.

Ray had nine strikeouts in his previous two starts. The last Mariner to get nine in three in a row was former Seattle lefty James Paxton, who had nine or more in four consecutive in 2018.

Mariners: RHP Chris Flexen (1-6, 4.35 ERA) is scheduled to start Saturday. Despite his rough stretch this season, he has had seven starts of at least seven innings while allowing one or no runs since the beginning of 2021, the most such starts in the AL.

Red Sox: RHP Garrett Whitlock (1-1, 2.43) is set to start. He has allowed three runs or fewer in each of his five starts.