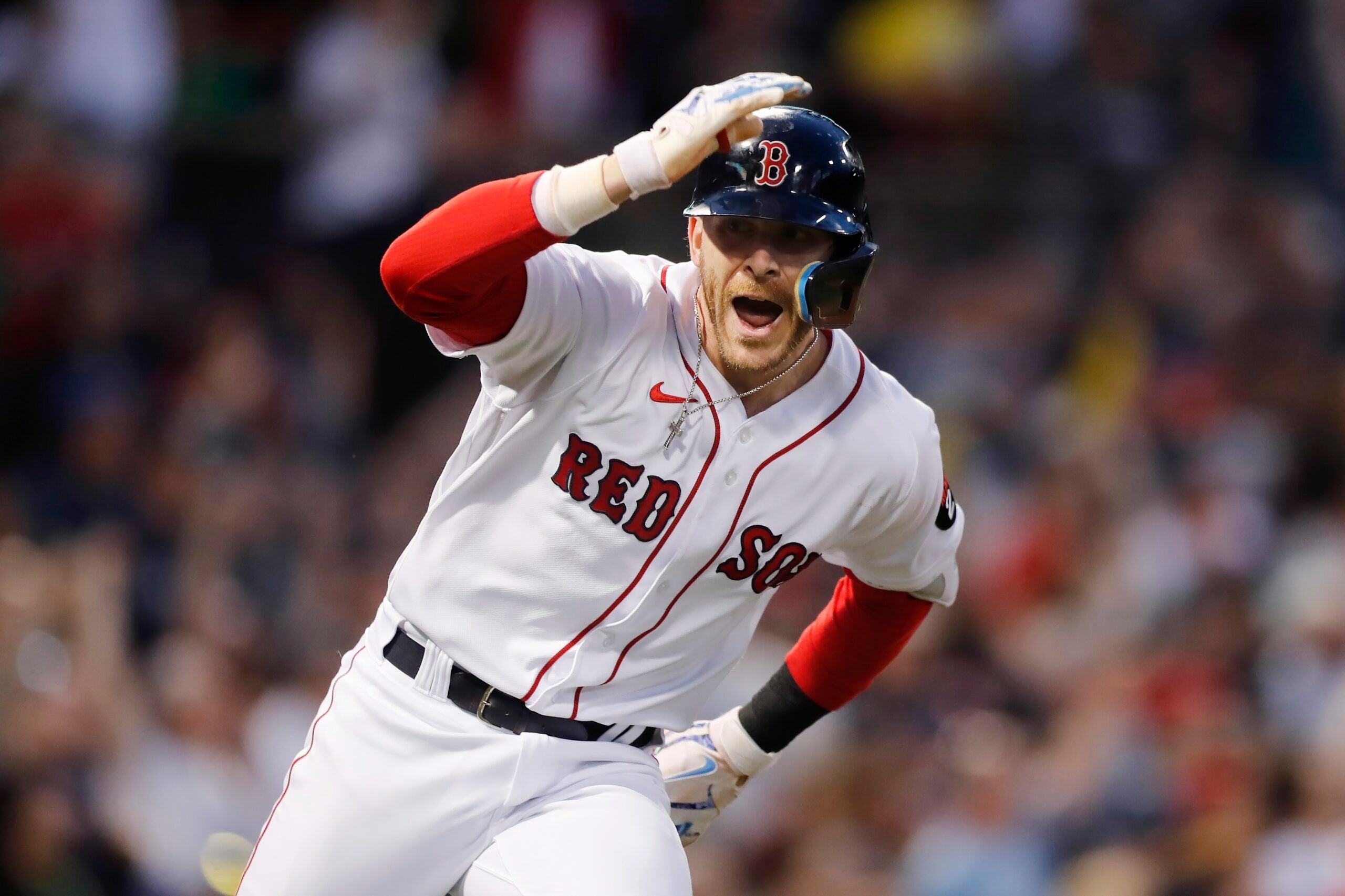 Story, who hit three home runs in Boston’s victory Thursday, launched a grand slam to give the Red Sox a 4-0 lead over Seattle in the third inning.

Former Red Sox left fielder Jonny Gomes was back in the action, too, sitting atop the Green Monster instead of playing in front of it.

Seated in the first row of seats above Fenway Park’s fabled left-field wall, the 41-year-old Gomes, who played on Boston’s 2013 World Series championship team, stood up and moved a step or two to his right before corralling the ball against his body. He pumped his fist and high-fived the fan next to him.

Did he expect to get a home run ball?

“Yeah,” Gomes said with a big smile, the ball sitting on the table in front of him. “That’s why I’m up here. These are the best seats in the game.”

Gomes does some television work for the Red Sox cable outlet. He said it was the first homer he’s ever caught.

“When I come to town and I’m not doing pre or post (game), I beg them for these seats,” he said.

Asked what he was going to do with his prized possession, he said: “I’m going to make Trevor sign it and take it home.”