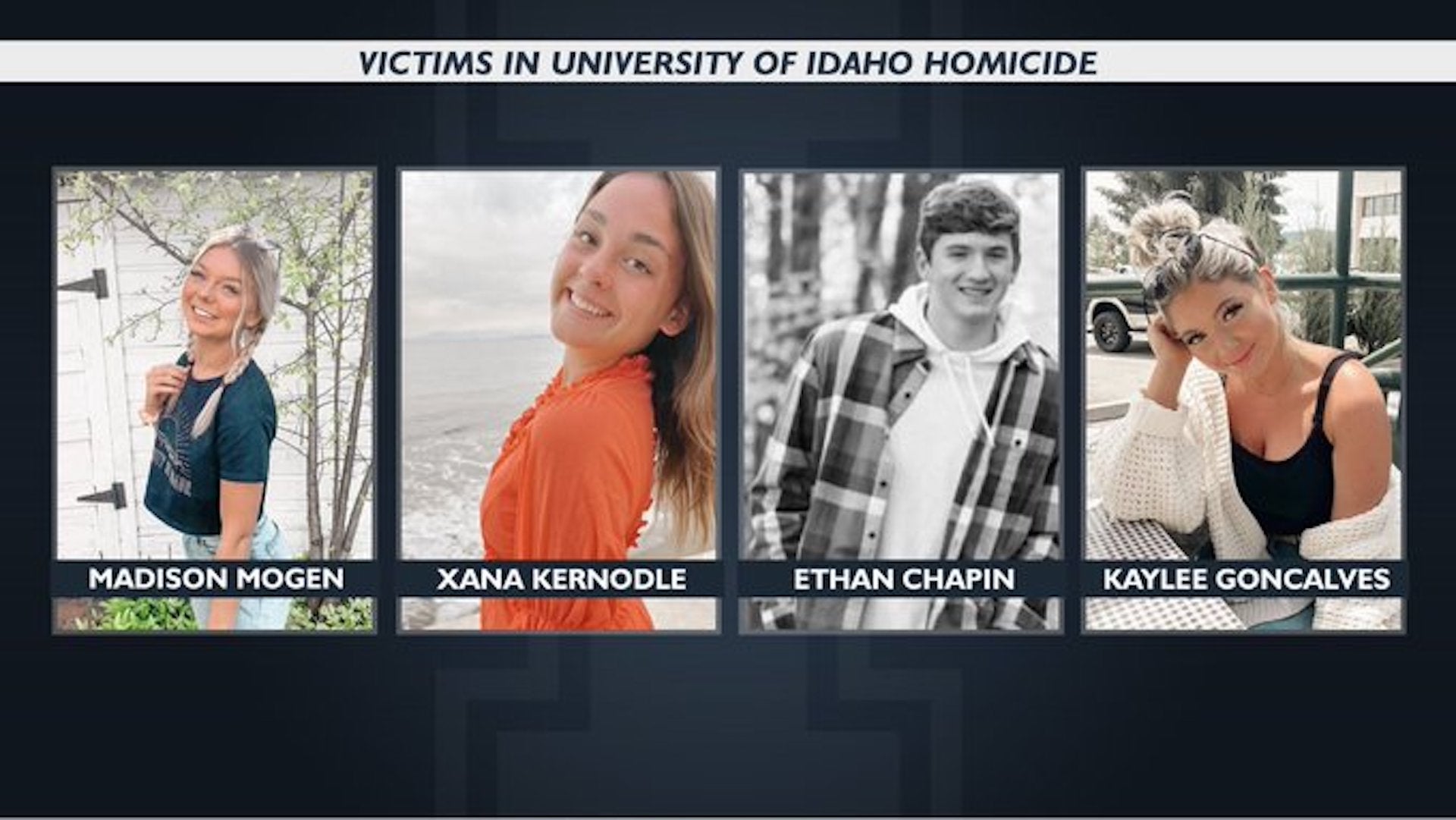 BOISE, Idaho (AP) — Investigators are looking for a suspect in the deaths of four University of Idaho students whose bodies were found at an off-campus home during the weekend, a newspaper reported.

Authorities in the city of Moscow, Idaho, have released little information about the deaths, including the cause, but have said all four students are victims and that there is no active risk to the community.

The Idaho Statesman reported late Monday night that investigators are seeking a suspect.

“All I can say is the deaths are ruled a homicide at this point, and homicide and murder are synonymous,” police Capt. Anthony Dahlinger told the Statesman by phone. “We certainly have a crime here, so we are looking for a suspect.”

Police discovered the students’ bodies just before noon Sunday as they responded to a report of an unconscious person at a home steps away from the campus. The victims were identified as Ethan Chapin, a 20-year-old from Conway, Washington; Madison Mogen, a 21-year-old from Coeur d’Alene, Idaho; Xana Kernodle, 20, from Avondale, Arizona; and Kaylee Goncalves, 21, from Rathdrum, Idaho.

University of Idaho president Scott Green said the students were all “killed” under tragic circumstances, and Moscow Mayor Art Bettge said all four of the students were considered victims in the investigation. Dahlinger told the Idaho Statesman Monday night that none of the deceased students are believed to be responsible for the deaths.

The students likely died between 3 a.m. and 4 a.m., but they weren’t discovered for hours, Bettge said.

“The police got there at noon, nothing happened in the interim and nothing happened afterward, so it seemed to be a unique occurrence that was not apt to be repeated,” said Bettge. That timeline helped authorities determine that there was not an active risk, he said.

Dahlinger declined to confirm or deny Bettge’s description of the timeline.

The university canceled classes on Monday, and said additional security staffers were available to walk students across campus if needed during the remainder of the week.

Still, the lack of information about the cause of deaths — and the fact that police have said there is no one in custody — had many parents worried about campus safety and some students leaving for Thanksgiving break early.

In a memo released Monday afternoon, University of Idaho President Scott Green urged university employees to be empathetic and flexible and work with students who decided to leave classes to spend time with their families.

“Words cannot adequately describe the light these students brought to this world or ease the depth of suffering we feel at their passing under these tragic circumstances,” Green wrote of the slain students.

The police said anyone with information should contact the department and asked that people respect the privacy of the victims’ family and friends.

Brian Nickerson, the fire chief of the Moscow Volunteer Fire and EMS Department, said police were the first to arrive at the home. The first responders from the fire and EMS department didn’t go inside or transport anyone from the scene, Nickerson said.

The city of Moscow is a close-knit college town nestled in the rolling hills of north-central Idaho, about 80 miles (130 kilometers) southeast of Spokane, Washington.

A vigil for the slain students was set for 5 p.m. Wednesday on the University’s Administration lawn, University of Idaho spokesman Kyle Pfannenstiel said.

Shortly after Moscow police announced the homicide investigation, students at the University of Virginia were also told to shelter in place after police said a suspect gunned down fellow students on a bus as they returned from a school field trip. The shooting left three members of the school’s football team dead and two other students injured. The shooting touched off an intense manhunt Sunday, and authorities announced Monday that a suspect, Christopher Darnell Jones Jr., had been apprehended.