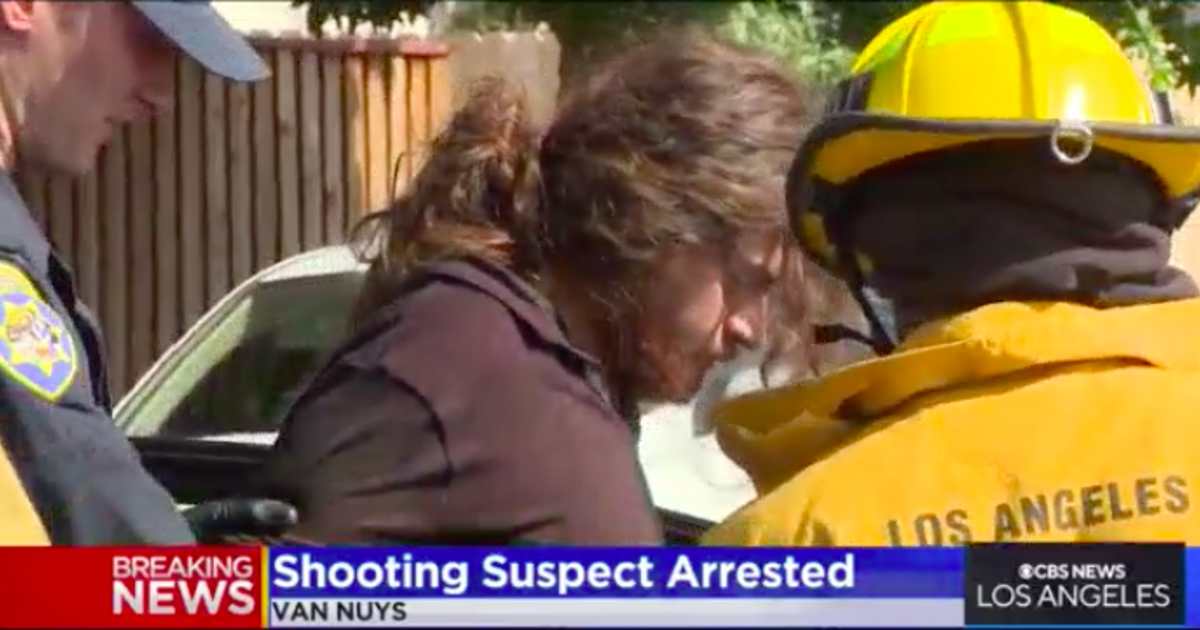 An hours-long manhunt for the man wanted in connection with shooting a California Highway Patrol officer in Van Nuys resulted in arrest early Tuesday morning.

Pejhmaun Iraj Khosroabadi, 33-years-old, was taken into custody just before 9 a.m. after he was found hiding inside of a tent on Haskell Avenue by an LAPD bloodhound.

RELATED: CHP officer in critical condition after being shot at traffic stop in Van Nuys

He was treated for undisclosed injuries prior to his arrest.

The four-year-old bloodhound, named Piper, was able to track Khosroabadi after she had caught scent of his blood and led her handlers to the encampment where he was found.

Thus far, investigators have been able to conclude that the suspect is a military veteran with no prior criminal history.

Authorities were still searching for the firearm used in the initial incident.

On Monday, a 27-year-old CHP officer attempted to conduct a traffic stop involving Khosroabadi in Van Nuys when an altercation occurred.

At some point, he was able to produce a firearm and released several shots at the officer, who suffered multiple gunshot wounds.

He was rushed Cedars-Sinai Medical Center with critical wounds, where he remains, though he was believed to be in a critical but stable condition.

Khosroabadi fled from the scene in his white Ford Fusion, which was located miles away at a Van Nuys apartment complex.

Investigators were able to locate the vehicle and apartment, where a large perimeter was set up including assistance from LAPD SWAT who evacuated the building in case he was hiding out in any of the units.

They were unable to locate Khosroabadi, though they did temporarily detain his roommate for questioning.

Several roads were also closed as a result of the incident, including Laurel Canyon Boulevard south of the US-101, which remained closed until 7 a.m. Tuesday.

Piper, the LAPD bloodhound, is often used to help locate missing children or dementia patients, but was deployed to the apartment complex, where she picked up on his scent from a blood trail that he left behind.

“We’re looking for a specific scent for the person that we’re seeking,” said Ehrlich. “Time, heat and wind are three things that really go against the bloodhound’s ability to track or trail. In this case, we were pushing at that 10-to-12 hour mark.”

“Fortunately a lot of this occurred through the night so we really didn’t have heat to worry about,” he continued.

As a reward, Piper will be getting one of her favorites foods as a treat — a cheeseburger.