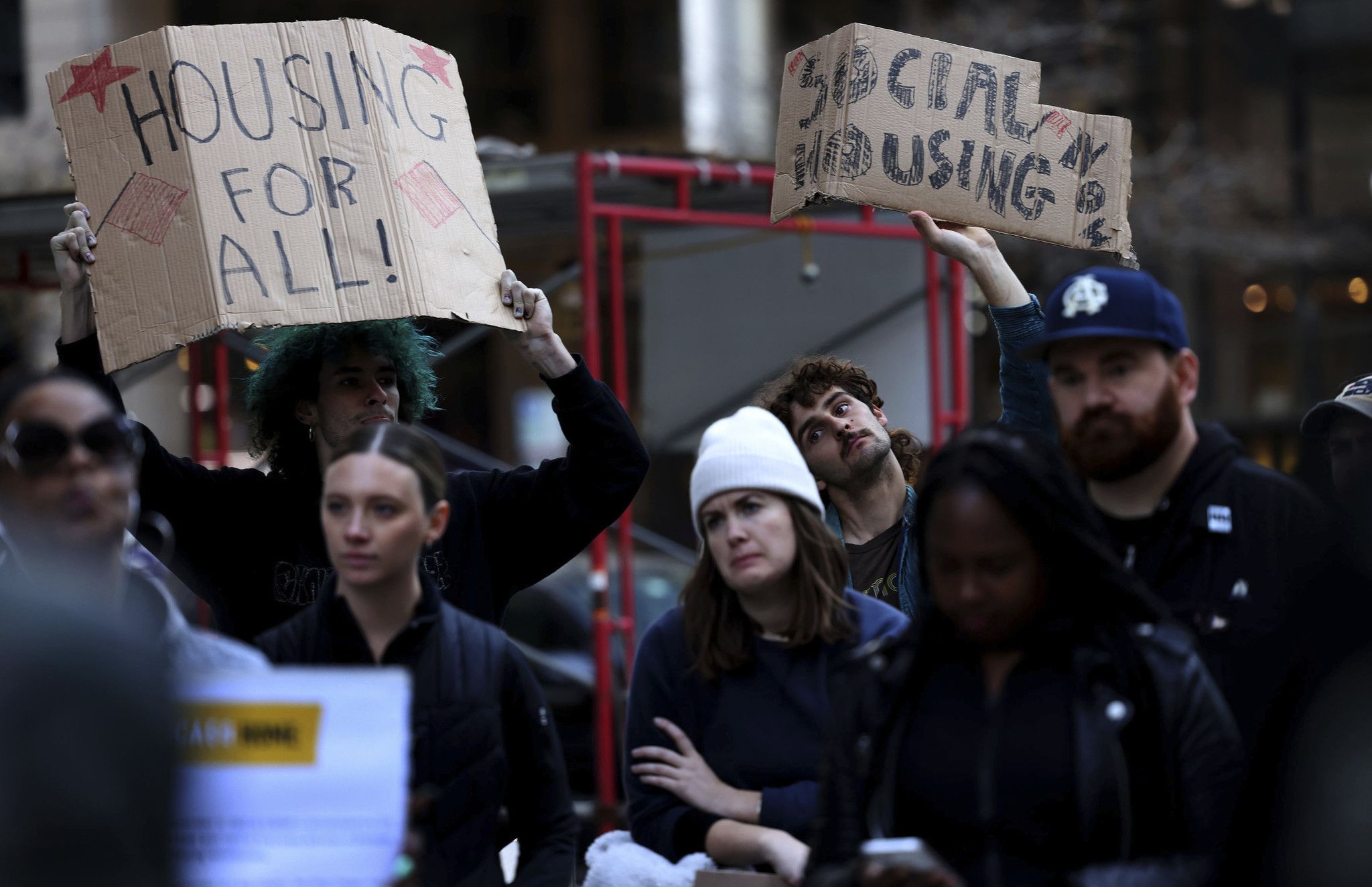 An ambitious drive to get a housing measure on Chicago’s Feb. 28 ballot — asking if the city should raise taxes on its priciest property sales to fund services for the homeless — appeared to falter for the last time Tuesday, following months of resistance from Mayor Lori Lightfoot and her allies who say the details are flawed.

The Bring Chicago Home Coalition has endeavored for years to raise the real estate transfer tax on sales worth at least $1 million and funnel that money toward fighting homelessness. That was also a goal of Lightfoot’s in her 2019 campaign for mayor — but since then, she has opposed this coalition while defending her administration’s commitment to affordable housing, mental health resources and other social services.

The conflict over the coalition’s campaign came to a head this week when a special City Council hearing Monday on their proposal adjourned after failing to establish a quorum by just one alderman, despite several council members being present just outside the council chamber, livestream footage showed.

The next day, 8th Ward Ald. Michelle Harris, a Lightfoot ally, canceled a meeting with the Rules committee, where the ballot measure in question was held, weakening hope from advocates that it the proposal could advance to the full Council floor.

“What has happened with the cancellation of the Rules committee hearing today, in some ways, it’s cutting us off at our knees … (and) makes it really very dim that we’ll be able to get on the ballot in February,” Bring Chicago Home member, the Rev. Jacqueline Triche Atkins, told the Tribune.

Asked about the proposal last week, Lightfoot dismissed it in its current form as a viable solution to homelessness.

“The devil is obviously in the details,” Lightfoot told reporters after her 2023 budget plan passed. “I’ll reread the proposed language, but I do have some concerns. … There are serious challenges with the proposal as currently written.”

The mayor did not elaborate on the faults beyond saying, “No matter what, it’s going to be spun as a property tax increase.” She added that there is “no question” more must be done to get unhoused Chicagoans off the street, but city officials were in fact making inroads with adding more housing in all forms.

Lightfoot also signaled she will “work in collaboration” with the Bring Chicago Home coalition, but 49th Ward Ald. Maria Hadden, one of several City Council members cosponsoring the proposed ballot measure, said the mayor and her team “seem unwilling” to act in time.

“I know not everybody agrees in City Council with this being the path forward, but we’re supposed to have a space where we can have those kinds of public debates,” Hadden said.

She added to the sense of defeat, however, saying that “right now, we’re kind of out of runway.”

Harris did not respond to a request for comment Tuesday on why the Rules committee did not meet.

Under state law, the deadline for City Council to pass a measure adding a referendum to the February election’s ballot is Dec. 11. For Bring Chicago Home to succeed at this point, there would need to be another City Council meeting after this Wednesday’s one that is before that deadline, and even then, challenges would remain on how aldermen in support of the measure can force a vote.

Further complicating the efforts is the fact that the mayor’s allies have introduced three separate referendum questions that, if passed, would crowd out the Bring Chicago Home measure because only three questions can be included in the February ballot.

Those three measures, which Hadden called “just an opinion poll” without teeth, would asking voters about Congress reinstating an assault weapons ban, declaring homelessness a public health crisis and whether the city would reject its deal with ComEd in the wake of the energy company’s corruption case.

The changes cannot be enacted by Chicago City Council alone but only via a voter referendum or through the Illinois General Assembly.

Bring Chicago Home has estimated that such a tax increase would provide housing and social services to 12,000 homeless Chicagoans in the next decade, and that inaction over the past two years has led to $300 million in missed revenue.

For her part, Lightfoot’s 2023 budget includes more than $200 million in homeless prevention investments, which were tweaked to up the number of rapid rehousing units from 800 to 1,200. Another $3 million in federal stimulus funding will go toward “tiny homes” communities in Chicago that will serve as affordable housing. She also said she has increased the mental health budget from $12 million in her first spending plan to $89 million this year.

Triche Atkins, who has occupied City Hall with her fellow Bring Chicago Home coalition members several times this year, said despite the looming defeat for the February ballot, advocates will keep pushing the real estate transfer tax issue in the future.