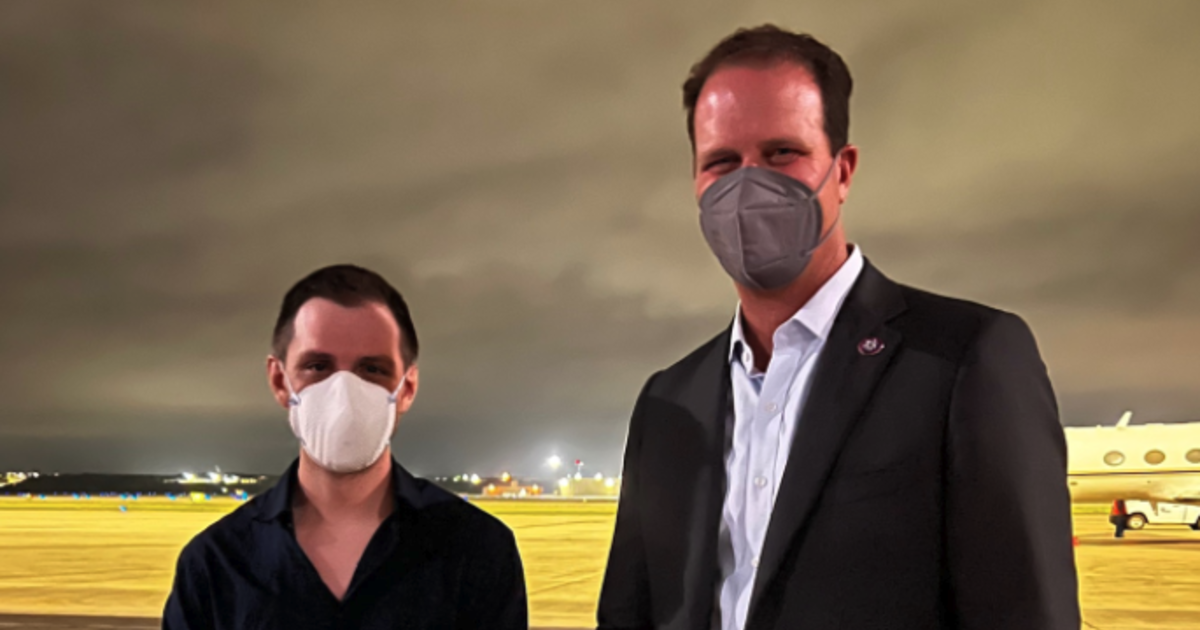 WASHINGTON (CBSDFW.COM/AP) — Texas native Trevor Reed is back in the United States one day after the Marine veteran was swapped for a Russian drug trafficker in a prisoner exchange between Washington and Moscow, his mother tweeted early Thursday morning.

“It’s been very exciting day for The Reed family. Trevor is back in the USA,” Paula Reed said on Twitter. Photographs tweeted from the account of Rep. August Pfluger, a Texas Republican, also showed him standing next to Reed.

It wasn’t immediately clear when Reed would be heading to North Texas, his parents live in Granbury — about 45 miles southwest of Fort Worth, but the former prisoner arrived overnight at Lackland Air Force Base in San Antonio and was greeted by his family.

Reed, a University of North Texas grad, was swapped in Turkey on April 27 for Konstantin Yaroshenko, who had been serving a 20-year prison sentence in a cocaine trafficking conspiracy case.

“I think it’s going to really hit home for him and for us when we finally get to see him and touch him,” Reed’s father, Joey, said in an interview with The Associated Press on Wednesday.

Reed, a 30-year-old former Marine, was arrested in the summer of 2019 after Russian authorities said he assaulted an officer while being driven by police to a police station following a night of heavy drinking.

He was later sentenced to nine years in prison. The U.S. government described him as unjustly detained and pressed for his release; his family asserted his innocence and expressed concerns about his deteriorating health — which included coughing up blood and a hunger strike.