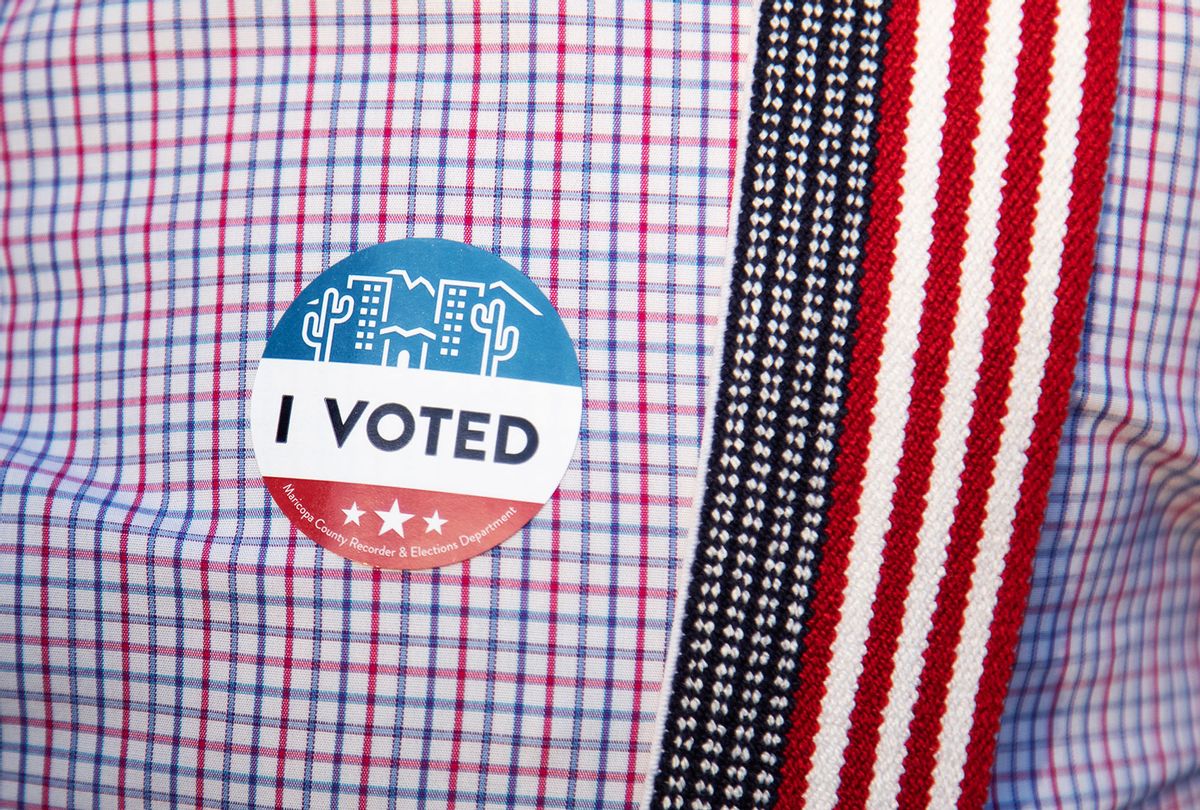 As a transgender man living in Texas, the rapid rollback of fundamental civil rights across our nation has been horrifying. I’ve watched ill-informed, aggressive political attacks on my health care, my livelihood, and my friends and family spread from Texas to every corner of the country.

In the last few months alone, elected officials in Texas have pushed ruthlessly to deny life-saving medical care to transgender youth, investigate the loving families of trans teenagers for ‘child abuse,’ and force teachers to report their trans students to authorities.

These situations reveal how the LGBTQ+ community has not been properly represented in our nation’s elections, through no fault of our own. Yet while it’s more urgent than ever that transgender people make our voices heard at the ballot box, our voices have been systematically silenced, allowing lawmakers to place these hateful targets on our backs. The reason is clear: The simultaneous attack on voting rights sweeping our country is pushing transgender people like me to the outskirts of our democracy.

The deep gratitude and relief I felt after my transition was overpowered by fear the first time I visited the polls presenting as a man. My driver’s license was out-of-date, no longer matching my name and gender, and I was terrified of being questioned or harassed about it.

The inability to meet strict voter ID requirements have caused over half of transgender adults to miss at least one election in their lifetime, and over 40% of transgender adults have previously chosen not to vote in an election because of fear of harassment at the polls. I’m deeply lucky that I was able to cast a vote that day without substantial issues. I know that many transgender people can’t say the same.

While voting options that were adopted during the pandemic, like no-excuse absentee voting and mail-in ballots, could provide safe alternatives for transgender people, states like mine are pushing restrictions that make these options less accessible and unneccessarily burdensome.

On top of that, not everyone has the resources to be able to pay for an official name change – getting fingerprints taken, making multiple trips to the DMV, and conquering all of the other obstacles it takes to officially change one’s name require significant time and money. And in states like mine, those processes aren’t always safe.

The same lawmakers that are targeting our fundamental rights are also cutting off our access to resources that would help us to vote. After I transitioned, the medical facility that provided my gender-affirming care connected me to resources that helped with my name change. But that facility, the largest gender-affirming care program in the state, was shut down completely due to partisan political pressure in March, causing even further perpetuating the cycle of harm to our community.

Without the resources that facility provided me with, I’m not sure I, as a college student, would have been able to successfully cast a vote in the elections that I have since then. Barriers to registration, acceptable voter ID, and comfort and familiarity with the voting process are even higher for students and other young voters like me. We move more frequently, especially across state lines, than older voters, and are less likely to own cars to drive to the polls on election days.

The Youth Voting Rights Act, newly introduced by Senator Elizabeth Warren and Representative Nikema Williams, would make strides in expanding access to registration and voting. This bill would guarantee the acceptance of student ID as voter ID in places where it’s needed, require public colleges and universities to provide voter registration services, require public colleges and universities to erect polling locations for all federal elections, and more.

Using college campuses as registration and polling centers is crucial, not only in ensuring that young people have greater logistical access to the polls. As a student at one of Texas’ most diverse universities, I know that other transgender people feel safer and more encouraged to vote in familiar environments, like their college campus, compared to random, unfamiliar jurisdictions.

It’s never been more urgent for transgender people, and the entire LGBTQ+ community, to have equal, protected, and unhindered acces to the ballot than it is right now. Our elected officials must live up to the ideals of American democracy and pass legislation that will protect our right to vote and control our own futures.