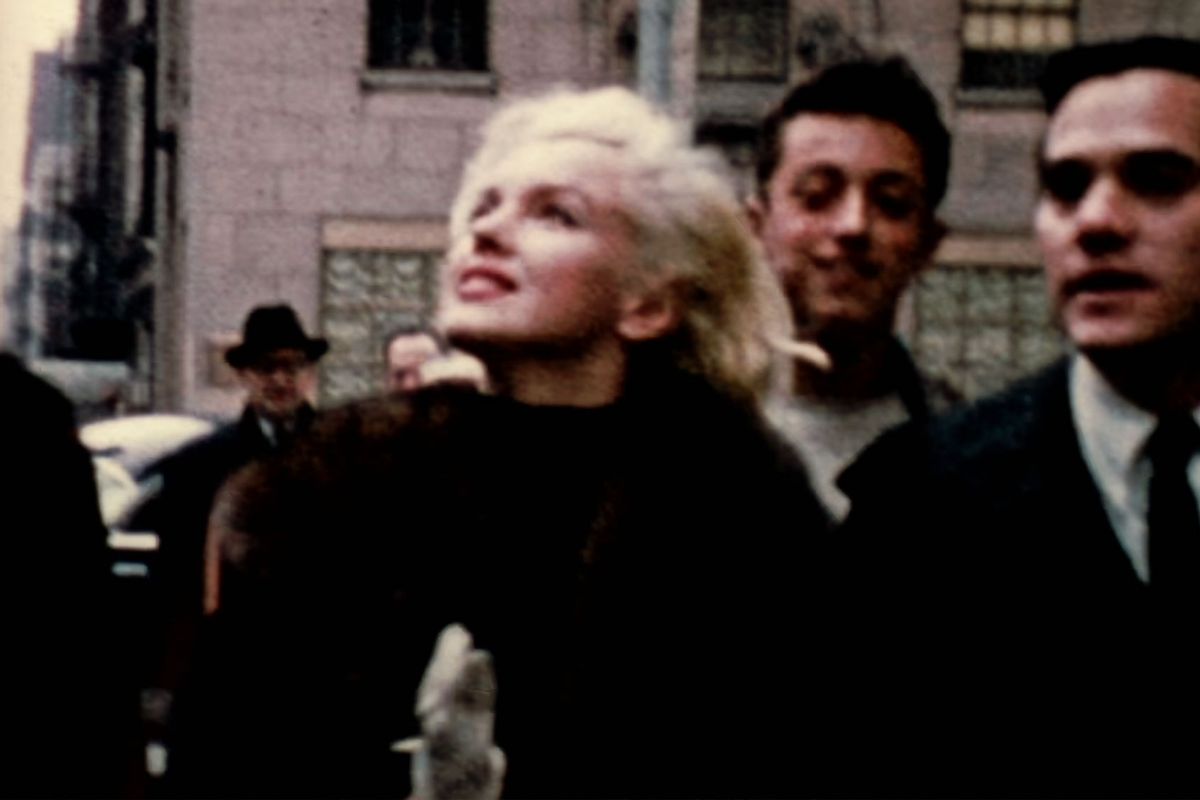 Netflix’s latest documentary, “The Mystery of Marilyn Monroe: The Unheard Tapes,” explores the convoluted investigation behind the death of Marilyn Monroe. On August 4, 1962, Monroe was found dead in her Brentwood home after suffering from acute barbiturate poisoning. Her cause of death was immediately ruled as an overdose, but many were quick to suggest there was more to it than that and speculated that she perhaps died of suicide or was killed by a known acquaintance.

Almost 60 years later, Monroe’s troubling life and death are once again being revisited, this time through a series of tapes obtained and collected by investigative journalist Anthony Summers. The audio recordings, which were never publicly released prior to the documentary, features confessionals from members of Monroe’s inner circles, including Hollywood elites, prominent casting agents and her closest companions.

From an infamous Hollywood “black book” to Monroe’s ties to the Kennedy brothers, here are six heartbreaking revelations from the documentary:

A tape from big-shot Hollywood agent who started the eponymous Al Rosen Agency, represented prominent names like Cary Grant, Frederic March and Judy Garland — revealed that numerous casting directors had their own “black book,” which contained names of young actors — oftentimes those with no connections in the industry — who were considered to be sexually appealing. In short, it was a book that listed those whom these men deemed available for the casting couch. According to Rosen, Monroe was a known name in multiple black books.

“In this business, in the golden years every casting director, every studio used to have a black book, you know what I mean?” he said. “So, every girl, you know, I’m talking about kids that were breaking in, like Marilyn Monroe, you know, when they get started, all the casting directors, they would write in their black book who could be laid.”

“You see, the business has changed since then . . . it used to be sex,” he continued. “Remember that.”

Rosen also implied that Monroe was sexually involved with — and consequently, exploited by — numerous powerful figures in Hollywood, including Joseph M. Schenck, who was the chairman of the board of 20th Century Fox.

Monroe spent two years in an orphanage, four years with a guardian after her mother was sent to a mental asylum and in between, hopped from foster home to foster home. When asked about her childhood, Monroe would frequently refer to herself as a “waif” rather than an orphan.

“Yeah, I was never used to being happy,” Monroe is heard saying in an old clip. “So that wasn’t something I was sort of counting on.”

Monroe’s psychiatrist, Dr. Ralph Greenson, also saw Monroe as “a woman who was deprived of childhood.” In his patient files, Greenson refers to Monroe as “a waif” and frequently attributes her paranoid reactions, which he wrote weren’t schizophrenic but “more masochistic” in nature, to childhood trauma and neglect. It’s later revealed that Greenson attempted to treat Monroe by introducing her to his own family. Over time, Monroe became close with Greenson’s wife, Hildi Greenson, his daughter, Joan Greenson, and his son, Danny Greenson who is also a psychiatrist.

Although Monroe never explicitly named her abusers, she endured years of sexual abuse during her youth.

“She knew people who were psychotic from [being molested] and she felt that at least she’d survived that,” said Monroe’s friend, fellow actor Peggy Feury. Monroe recounted the abuse in one instance, saying, “I knew it was wrong, but to tell you the truth I think I was more curious than anything else. Nobody ever told me about sex, and frankly I never did think it was all that important.”

Monroe’s close friend, dress manufacturer Henry Rosenfeld, later told Summers that Monroe wanted to know more about her biological father, whose identity is still unknown. According to Rosenfeld, Monroe once said she wanted “to put on a black wig, pick up her father at a bar [and] have him make love to her.” Afterwards, she would tell him, “Well, how does it feel now to have a daughter that you’ve made love to?”

4 The brief marriage to Joe DiMaggio

The pair dated for approximately two years before they tied the knot in 1954. The famed movie icon and New York Yankees star were known as a match made in heaven and revered for their public romance. But things quickly took a turn for the worse just a few months after their honeymoon.

DiMaggio, who was retired from Major League Baseball when he met Monroe, soon grew possessive of his wife and struggled with a marriage in which he felt overshadowed by Monroe’s fame. The relationship reached its boiling point after Monroe finished shooting the famous flying skirt scene in Billy Wilder’s 1955 rom-com “The Seven Year Itch.”

“Joe DiMaggio, you know, he was watching it, and he didn’t like it very much, his wife making a spectacle of herself,” Wilder told Summers.

Monroe’s on-set hairdresser, Gladys Whitten, also noted DiMaggio’s anger in her conversation with Summers. She said the couple shared a hotel suite and one night, when they were left in private, DiMaggio “beat her [Monroe] up a little bit.”

“Marilyn said that she screamed and yelled for us,” Whitten recalled. “But we couldn’t hear her through those thick walls, you know.” She added that Monroe returned to the film set with bruises on her shoulders.

Monroe later filed for divorce in October. “Our marriage wasn’t a happy one, it ended in nine months, unfortunately. I don’t know what else to say,” she told reporters at a news conference with her lawyer.

The acclaimed “The Crucible” and “Death of a Salesman” playwright was 11 years older than the 29-year-old Monroe when the pair began dating. As Summers described in the documentary, Miller and Monroe’s relationship was essentially a “Svengali situation.”

Shortly after their marriage, the couple traveled to London to make a film called “The Prince and the Showgirl” for her production company, Marilyn Monroe Productions. During the film’s shooting, Monroe stumbled across Miller’s notes, which were lying out in the open.

“It was something about how disappointed he was in me. How he thought I was some kind of angel but now he guessed he was wrong,” Monroe said, as quoted by Summers. “He’d married a woman as flawed as his previous wife had been.”

In his notes, Miller also called Monroe “a whore.” The pair separated in 1960.

“Peter would obviously be, you know, sort of pimping for both Kennedys,” said Jeanne Martin, the ex-wife of singer and actor Dean Martin. “They would do it just as soon in front of anybody.” Martin claimed the Kennedys behaved the way they did because of their father, Joseph P. Kennedy Sr., who told his sons to “get laid as often as you can with as many women as you want.”

Monroe’s alleged affair with John F. Kennedy continued during his presidency. She was also thought to have been in a relationship with Robert F. Kennedy, who was married at the time, and she frequently referred to him as “The General.” Arthur James, a friend of Monroe’s, told Summers that the actor had “nothing but love [and] nothing but admiration” for Robert.

“The Mysteries of Marilyn Monroe: The Unheard Tapes” is currently streaming on Netflix. Watch a trailer for it below, via YouTube.