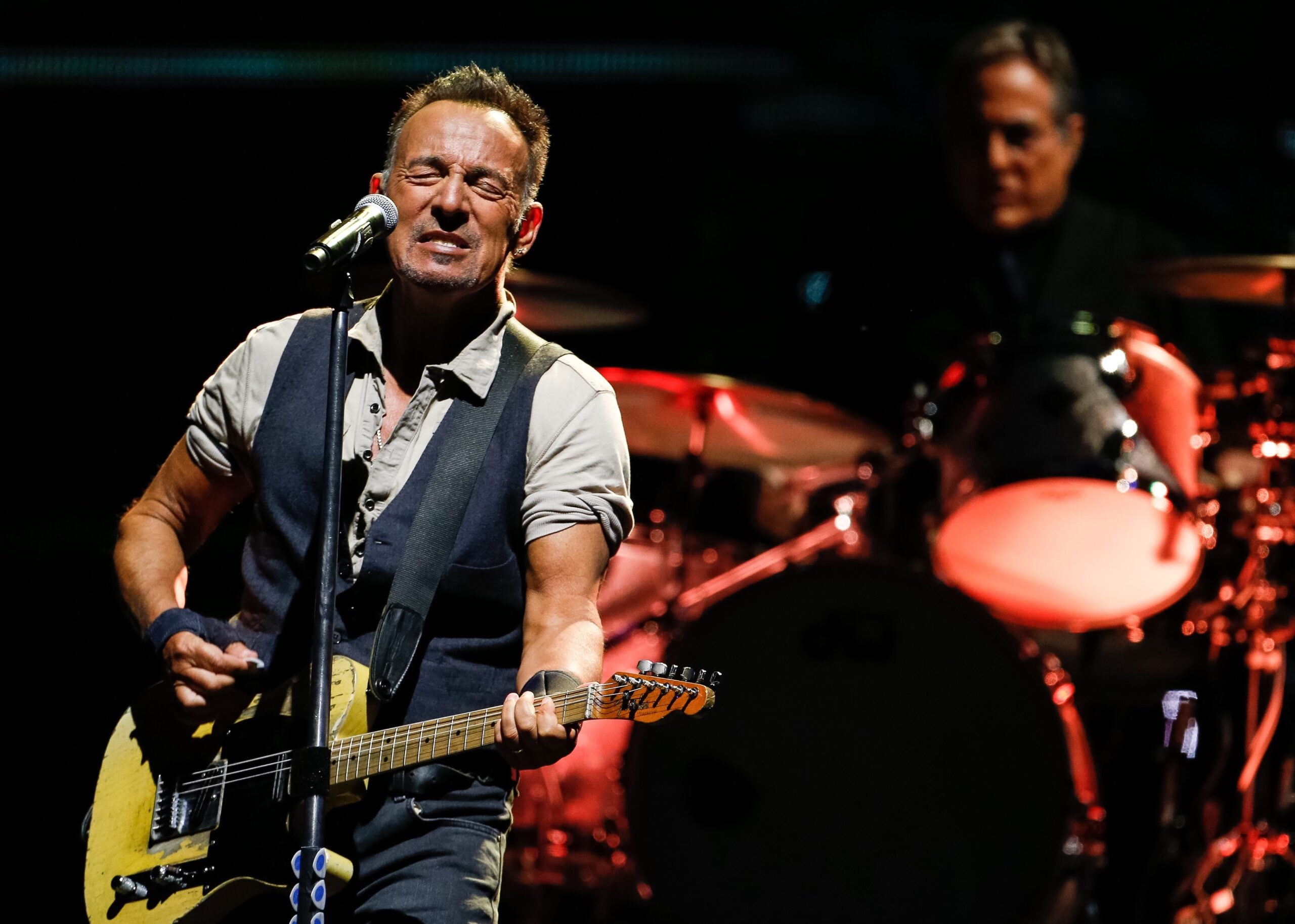 For in-the-know fans who wanted to buy Bruce Springsteen tickets this month, applying for a special Ticketmaster access code seemed the best way to beat long odds. If they got one, they would have an opportunity to try to make it to the front of the service’s virtual queues on the days when batches of shows were up for sale.

Only then, however, did countless numbers of them discover that the normally priced tickets they had been hoping to buy were nowhere to be found. Instead, a demand-driven dynamic pricing system had taken hold — with someone, somewhere having decided that remaining seats should cost many times the normal price, up to $5,500 or so.

To be clear, no scalpers were selling those tickets. Instead, a new definition of face value had emerged, one that many fans had never encountered. Confusion reigned, and anguished reactions poured forth in Facebook fan groups, into my inbox and onto Twitter.

This tweet, from Bill Werde, a former Billboard editorial director who writes a newsletter about the music industry, made my heart hurt: “Hard to believe that Bruce Springsteen turned out to be the one to make music fans miss scalpers.”

After days of this sort of commentary, Springsteen and his camp had heard enough. “In pricing tickets for this tour, we looked carefully at what our peers have been doing,” his manager, Jon Landau, said in a statement. “We chose prices that are lower than some and on par with others.

“Regardless of the commentary about a modest number of tickets costing $1,000 or more, our true average ticket price has been in the mid-$200 range,” he continued. “I believe that in today’s environment, that is a fair price to see someone universally regarded as among the very greatest artists of his generation.”

Indeed, people did buy nearly all the tickets. On Tuesday morning, 90,000 people were in the queue seeking seats for a show in Philadelphia, according to the event’s promoter. Still, a triumphant return to the stage — Springsteen has not performed with his band on a big U.S. tour since 2016 — is now another chapter in the decadeslong tale of how buying tickets for in-demand events gets more unpleasant over time.

Ticketmaster and Springsteen have some history. In 2009, Ticketmaster tried to nudge his fans into its proprietary, StubHub-like resale system featuring scalperlike prices.

That didn’t go over well.

“The abuse of our fans and our trust by Ticketmaster has made us as furious as it has made many of you,” Springsteen said in a statement at the time. The New Jersey attorney general got involved, Ticketmaster settled her investigation and the company’s CEO issued a groveling apology.

Since then, Ticketmaster, which is handling most of the U.S. shows on Springsteen’s tour next year, has tried to wear the white hat, at least some of the time. In an interview in May on a podcast called “The Compound & Friends,” Michael Rapino, CEO of Ticketmaster’s parent company, Live Nation Entertainment, noted that many tickets for the best concerts and other events had a much higher street value the moment Ticketmaster sold them. Why shouldn’t an artist capture most of that excess? Prices that are too low open the door for scalpers to make more money — via the profit they gain from selling at the true market price — than performers make themselves.

If artists do want to capture that, Ticketmaster is prepared to help — and to take a fee for doing so. And that’s what Springsteen seemed to be doing here, using Ticketmaster’s “Official Platinum” system, in which seats are “dynamically priced up and down based on demand.”

You already know what happened next: Those platinum prices were plenty pricey. Outrage ensued. A congressman from New Jersey yelled into the wind.

“This broke our spirit,” said Pete Maimone, a real estate agent in North Brunswick, New Jersey, who coordinates a face-value-only ticket exchange for longtime fans. He has shut it down for now, he told me, while fighting back tears. “We did not want to participate any longer in this clear-as-day scheme to extract money from fans,” he said.

Over the weekend, in an attempt to quiet things down, Springsteen’s camp gave Ticketmaster permission to release some numbers. Some 1.3% of Ticketmaster users paid more than $1,000 per ticket. Also, 88.2% of tickets were “sold at set prices,” according to Ticketmaster, although the remaining 11.8% are likely to represent more than 11.8% of the revenue per show, owing to their higher face value.

Who set these prices? “Promoters and artist representatives set pricing strategy and price range parameters on all tickets, including dynamic and fixed price points,” a Ticketmaster spokesperson said in an emailed statement. “When there are far more people who want to attend an event than there are tickets available, prices go up.”

So, as many fans suspected, they are, indeed, the latest guinea pigs in a continuing experiment to try to determine the precise market price of ecstatic experiences for fans of live events.

Dynamic pricing isn’t new, although it was new to plenty of Springsteen’s fans this month.

But it’s not as if fans had not considered the core question: At what price comes Springsteen’s brand of pure, unbridled joy? His shows can last more than three hours, and he mixes up his set lists more than most major touring artists. Also, by the time he and his band hit the stage in 2023, it will have been seven years since they did so on a big U.S. tour.

All of that feeds the desire for fans to attend multiple shows, to make sure they don’t miss something rare. And, as a longtime fan, I can say this with exactly zero objectivity and even less scientific precision: His tickets are worth many, many hundreds of dollars.

As to exactly how many dollars, Ticketmaster lets artists set high — or low — prices. It will help them boost prices in real time, to leave less money on the table for scalpers. But it operates in that resale market, too, to compete with scalpers on their own turf. Ticketmaster’s gonna Ticketmaster.

Springsteen’s choices here were fraught. As a bard of the people, his silence on the situation became too conspicuous to those very people who fought and scraped to pay a lot of money to be in his presence.

Springsteen could have explained what happened here and also tried to change it. One possibility would have been — and could still be — to tell Ticketmaster not to do variable pricing anymore. Crowded House did that two years ago, saying that the band hadn’t known that Ticketmaster was going to use it.

Placing a cap on how high the variable system is allowed to send ticket prices is another possibility. Maybe it has already happened in the past few days or will in the next few; again, we don’t know. The lower you set the cap, however, the more opportunity there is for scalpers to charge even more on the secondary market. A ban on transferring tickets altogether has promise, but it creates its own logistical, legal, and equity challenges.

Not long ago, Werde of the trenchant tweet was in the Ticketmaster queue for Paul McCartney tickets. His 11-year-old son is a big Beatles fan. His turn arrived, he saw the prices just below $300 per ticket, and a kind of desperflation kicked in. What if this was his last chance to get in the arena at that price? The clock was ticking. He took a deep breath and jumped.

When he checked back before the show, similar seats were available at 50% to 70% less than what he had paid. “I’m a guy who ran Billboard, who runs a music business program at Syracuse, and I got screwed,” he said. “I paid hundreds of dollars that I didn’t need to pay, but because I didn’t have that guarantee, and I wasn’t willing to risk not getting a ticket, I made a mortgage payment to Paul McCartney.”