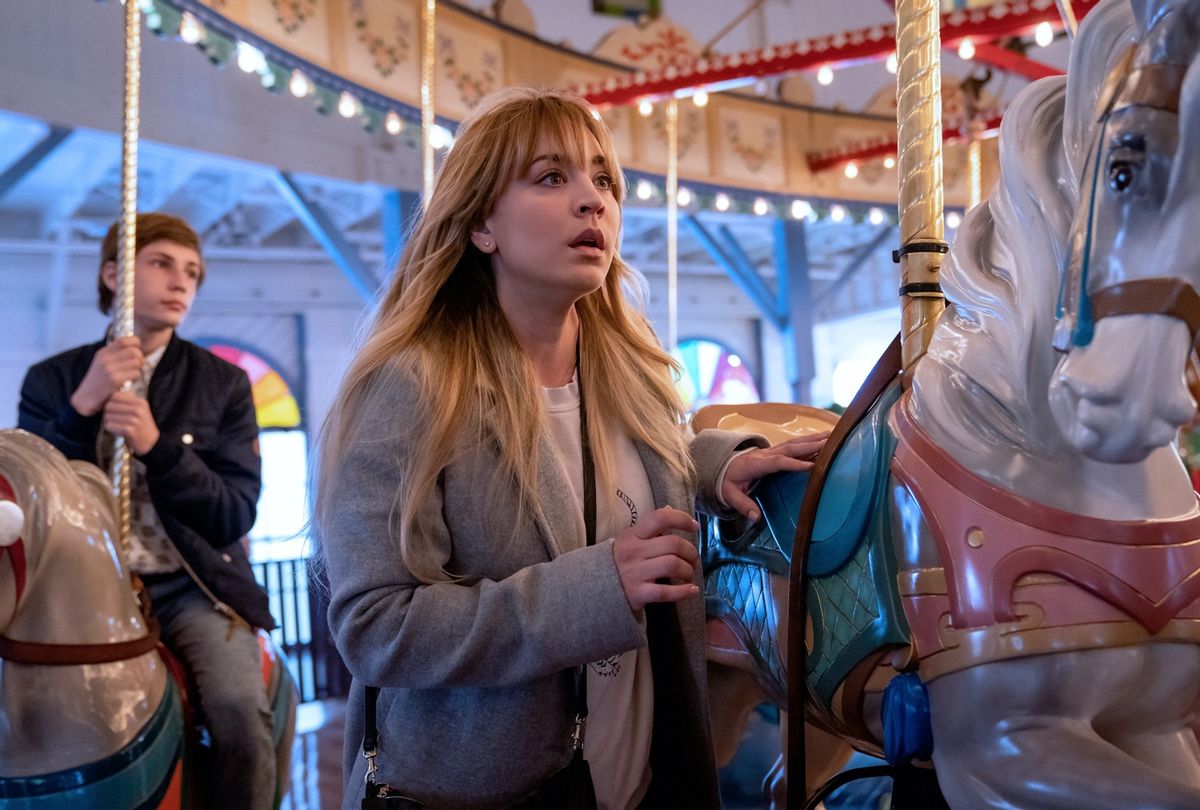 It feels as though the second season of “The Flight Attendant” just started, and already it’s coming to an end next week. It’s always a good sign when things seem to fly by, rather than slog on and on, but what could possibly be a negative takeaway for season two is that the murder mystery aspect of it (AKA, the main plot) was the least interesting part.

Watching Cassie Bowden (Kaley Cuoco) running all over Southern California attempting to piece together clues that will finally reveal who is trying to frame her for murder, I often find myself getting distracted by thoughts like “Where’s Carol?” and “Is Sharon Stone gonna be in this one?”

If you’re watching a show and find yourself wanting to fast forward past the parts that advance the main storyline so you can see what other characters in the periphery are up to, that says a lot about the hits and misses of the season as a whole.

Characters Carol Atkinson (Alanna Ubach), Lisa Bowden (Sharon Stone) and Dot Karlson (Cheryl Hines) from season two felt underutilized in a way that could either point towards a trifecta of hugely missed opportunities, or a planting of seeds for season three, but I’d have much rather had more now than the hint of a promise of great things to come. If you’re watching a show and find yourself wanting to fast forward past the parts that advance the main storyline so you can see what other characters in the periphery are up to, that says a lot about the hits and misses of the season as a whole.

RELATED: “The Flight Attendant” recap: I will not be you

A show about a beautiful blond drunk self-sabotaging her way through life with a mom prone to face-slaps delivered with a Joan Crawford level of drama is the show I want to be watching. The darkness of season two Cassie pulls me in. Her relationships with the people around her pulls me in. Pick all of that up and place it inside a show about a group of people puzzling their way through the daily stressors involved in working in a veterinary clinic rather than some CIA whatever this is and it would be just as good. If not better. But Cassie is here to … solve crimes? So let’s go watch her do that, idling for those rushes of joy that occur every time Carol pops on screen for two seconds to deliver a perfectly timed jab. 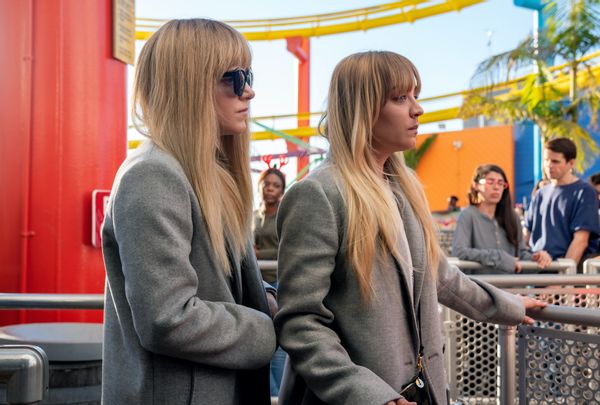 Mae Martin as Grace St. James and Kaley Cuoco as Cassie Bowden in “The Flight Attendant” (Jennifer Rose Clasen/HBO Max)Who is Cassie’s doppelgänger? In this episode we learn that it’s Grace St. James (Mae Martin) and the revelation that this whole season has been ramping up to registers as an “oh.”

After Cassie’s fellow CIA/flight attendant friend Shane (Griffin Matthews) concludes that all of the View-Master slides are clues to the locations of a murder, and that all of the people murdered had ties to Will (Kayvon Esmaili), Cassie’s mark in Berlin, he breaks the news that the remaining slide will likely lead them to where Cassie’s double plans to kill her, thus completing the overly elaborate frame job.

The last slide shows part of an amusement park ride dangling over the ocean and Max (Deniz Akdeniz) realizes that Cassie’s murder is intended to go down at the pier on that very day, as the boardwalk is set to be shut down for an extended period of time for renovations the following day. This sends everyone running to the pier to catch the double when they really should be doing anything but that. Run the other way. Run to Starbucks. Or, better yet, run to help your friend Megan (Rosie Perez) who has been fighting for her life and the safety of her son nearly all by herself all season long.

The North Koreans, who Megan has been leveraging intel over, finally catch up to her in a parking garage while she’s watching over her son waiting for a bus across the street. She’s worried about him not wearing a warm enough coat, and the bad guy standing next to her is worried about zip drives. Guess which of the two of them gets bonked in the head with a conveniently located tire iron and shoved into the trunk of a car? It ain’t Megan, that’s for sure. A mother’s willingness to protect her family could fuel all the street lamps in the world. The finale next week will probably see Megan at the pier we just left Cassie where she’ll get her out of this mess once and for all. I’d trust Megan Briscoe with my life.

Cassie’s visions of her other selves keep popping up to tell her she’s a piece of s**t and should kill herself, which just seems rude.

Cassie’s visions of her other selves keep popping up to tell her she’s a piece of s**t and should kill herself, which just seems rude. One version of herself willing to cut some slack is her younger self, the version that used to chug beers while hanging out with her dad. This young Cassie swoops in during a surreal scene to lead to a room within her mind palace where her mom Lisa (Sharon Stone!) is looking out over the sea. Lisa delivers a speech that’s supposed to make us wonder if Cassie is about to die, but it’s mainly just the latest example of all that Stone is capable of as an actress.

Cassie and her mom stand together in this unreality and share meaningful time in a way they’re unable to in real life. Her mom tells her she’s powerless in almost every way, which is salty, and then tops it off with some bittersweetness saying that all Cassie needs to do is be patient with others, and with herself. Thank you, Sharon Stone. I love you, Sharon Stone.

After all this searching, and hunting, and wondering, Cassie follows a lady dressed just like her from one end of the pier to the next and then, boom, comes face to face while exiting the very ride she’s supposed to be killed on. Seeing that it’s Grace, she turns around to get back on the ride, and Grace follows.

Swinging over the sea in one of those terrifying hanging baskets they love to torture people on at amusement parks, Grace tells Cassie that she doesn’t want to be doing any of this, and that she got suckered into killing people for money after leaving the military. She rambles on about not having a choice, and then finds one in the gun in her hand. In a moment that should have been shocking, but lands flat, Grace shoots herself in the head and we end on Cassie, her face splattered with blood.

With Cassie’s double out of the picture, we’ll learn who’s the guy behind the guy next week. My money’s still on Dot. But if they really wanna end on a WTF tip, it’ll be someone unexpected like Max, or Cassie’s discarded boyfriend Marco (Santiago Cabrera). They’re just giving out CIA jobs over here so it could really be anyone. Hell, maybe it’s Carol!