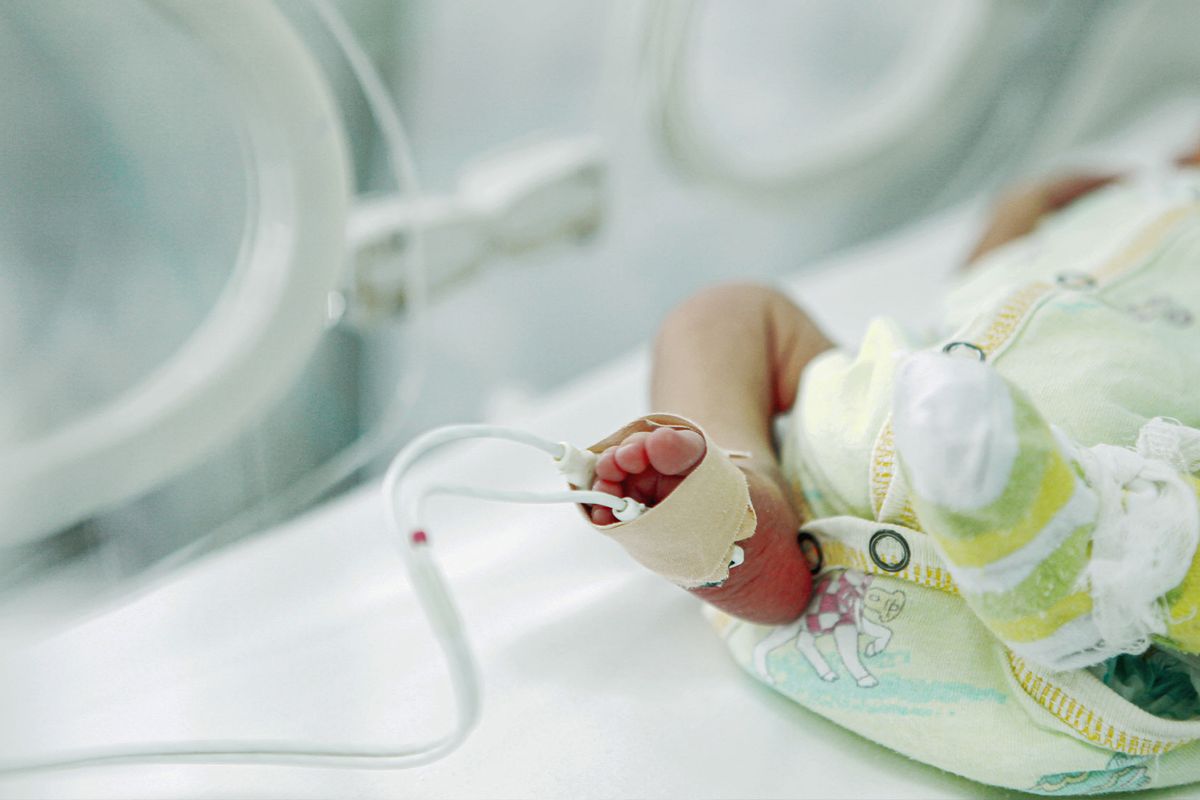 I was born five pounds heavy, five weeks ahead of my due date. According to my parents, I was immediately placed in an incubator like a chicken egg. I was continually losing the few pounds of weight that I had, which terrified them. It seemed I hadn’t been quite ready to enter the world. Dad often held me in one hand, my hairless head resting in his roomy palm. Mom had to tape little plastic tubes to her nipples when trying to breastfeed, shrinking herself for my weak lips.

A couple of weeks after giving birth to me, Dad heard Mom scream from behind the closed bathroom door. She kept screaming. He found her sobbing, pointing at the toilet. I bet he gasped when he saw it and that his reaction made Mom cry harder. Using two big serving spoons, he fished out of the toilet a giant roundworm parasite. It was a few feet long. They put it in a quart-size zip lock bag so they could bring it to the doctor.

Did you hear about the missionary wife with the massive parasite?

The nurses and the doctor made Mom feel like a freakshow. Did you hear about the missionary wife with the massive parasite? They apologized for their unprofessional reactions, but their remorse was immediately negated as they, again, emphasized that this was the largest worm they had ever seen in real life and in textbooks. They informed her that due to its — once again — extremely large size, they could infer two things: it had been growing in her for at least a year and that it could not be the only one. They gave her a medication to kill its brethren that were likely multiplying at that very moment, swimming in her intestine as she sat shamefully in the sterile American office.

Mom became petrified of using the bathroom, of encountering more roundworms in their porcelain grave as the medication killed them. But she had to do what she had to do. She never saw another parasite. She found out a couple of months later from my uncle who is a doctor that the medication also dissolves the worms. Her doctor had somehow forgotten to mention that; he was likely too distracted, gawking at her ziplocked giant.

Maybe they grew rapidly because her suffering was spiritualized away.

When Mom was pregnant with me, she was not only eating for two — she was eating for hundreds. I often think about how my embryo-self and the parasites grew in parallel inside of her. Almost like inmates, only a thin wall kept us apart as we fought for space and nutrients. Maybe the giant roundworm who made itself known had left its family to find me. I imagine it said to me in a raspy slithering voice: Hey kid, there’s not room enough for the both of us. I imagine that I agreed. Chucking up deuces to my rowdy neighbors, I fought to get out ahead of schedule. I imagine that when Mom tenderly wrapped her arm around her swelling belly, whispering prayers over my kidney-bean-shaped body, the parasites thought she loved them. Maybe that’s what spurred their impressive size and numbers. Maybe they grew unchecked because we were living in a country that did not sanitize the way Americans are used to. Or maybe they grew rapidly because her suffering was spiritualized away.

My parents had been concerned that they wouldn’t make it back to the States in time for Mom to give birth to me. They once again packed up their lives and embarked on the 24+ hour trip from Bishkek, Kyrgyzstan to Portland, Oregon, USA. With my two older sisters (6 and 4 years old) and many suitcases, my family had conquered the first of many legs: a small plane had flown them to Istanbul, Turkey. But when they checked in for their next flight, the Turkish Airline’s clerk looked with raised eyebrows at Mom’s rotund belly which was emphasized by her petite frame. The clerk shook her head. Dad had already offered the handwritten note from the missionary doctor who had checked Mom’s vitals on the couch in our living room; she had been alarmed to find Mom’s blood pressure extremely high. The doctor said if my family wasn’t already planning to leave in a few days, she would have called the U.S. embassy to get Mom medically evacuated.

Dad led the way in most situations that took place outside of our home, but not this time. This time Mom stepped in front of him, handing him the water bottle and Winnie the Pooh backpack she was undoubtedly holding. “I am getting on that plane.” Mom’s eyebrows had raised to meet the clerk’s, her voice was steady and low. The clerk suggested they leave the airport and go to the hospital a couple of miles away to get an official note from a Turkish doctor approving her for travel. They only had four hours until their next flight (the 18-hour flight that would bring them back to America). There was no way.

“Let me speak to your manager,” Mom countered, her voice’s volume slowly rising to meet her blood pressure. The clerk shook her head again, eyes darting at the attention their conversation was starting to draw. “I am getting on that plane! Where is your manager!” Mom yelled, slamming her hand on the counter.

I wish more than anything I could have seen this next part with my own eyes, but I’m sure I was cheering her on; her cortisol and adrenaline spinning me in circles. She stepped up on the luggage scale with her hands on her hips, the conveyor belt was stationary at the time. She threatened to come behind the counter. Clerks from surrounding kiosks came rushing over, anxiously trying to get her to step off. Did you hear about the pregnant American lady who threatened Turkish Airlines? She refused to budge until the manager arrived. I imagine that Dad had taken a few steps back with my sisters, watching with pride and shock as Mom transcended. The manager came and made her sign six different forms to agree that they would not be liable if anything were to happen to her or the baby’s health while they were flying 40,000 miles above land. Mom stepped down, signing her and my life away. My family finally got on the plane. I was born six weeks after we arrived, and Mom was healthy (aside from the roundworms).

On late Saturday mornings during my childhood, I could always find Mom in the back corner of my parents’ room. Sitting in her armchair with her feet tucked under her, she wrote in her journal with a tall mug of steaming coffee beside her. I sat at her feet on the faded carpet, my back against the bed. After interrupting her “quiet time” repeatedly, I waited and watched. I watched Mom’s tilted head sway softly along with her right hand as it moved back and forth, watched the floating specks in the sunlight and imagined them to be fairies dancing just for me, watched her turn filled page after filled page, watched the shadow of grapevine leaves fall through the window to twitch across my folded body and slowly encircle her chair, watched her lips barely move as she re-read what she wrote.

I know now that her many journals were filled with lists and lists of bitter beseeching prayer requests.

If I squeeze that memory tightly with my adult hands, it starts to crumble; fairies twirling in sunlight become illuminated dust. Of course, my parents sheltered my sisters and me from the hardships of growing up in Kyrgyzstan. But I know now that they also hid how her mental illnesses were exacerbated by the environment we lived in and by the pressures of evangelism. I know now that her many journals were filled with lists and lists of bitter beseeching prayer requests, her barely moving lips re-reading angry pleas.

RELATED: It’s my mom’s fault I stole her letters

She had to pray for God to lead us back to America because she could not lead us back herself. Dad would not lead us back unless it was God’s idea first. Or at least that was the message they received from the American church. This message was reinforced when she commiserated with her friends who were also missionary wives. They prayed with heavy bowed heads for their children’s safety and for each other’s sanity since they didn’t want to pray for themselves out loud. She told me recently that Ephesians 6:12 was the backbone of the evangelical pressures she endured (in addition to the salt of the Earth and carry your cross tropes). “For our struggle is not against flesh and blood, but against the rulers, against the authorities, against the powers of this dark world and against the spiritual forces of evil in the heavenly realms.” How could she complain about earthly inconveniences like parasites and high blood pressure when there were demons to be fought and unsaved souls to reclaim?

My mother lived overseas in a state of high anxiety for 16 years, all while raising four daughters. She dreaded the unexpected health problem that could have been easily treated if only we lived in the country we were from. She worried over her isolation and otherness, surrounded either by seven-foot brick walls and children or by people she could not easily communicate with. It’s one thing for her to acknowledge her privilege as a mostly-white-passing, middle-class, highly educated, American woman. It’s another thing entirely for her to be told that her longing to leave was a discredit to her faith: longing to have consistent access to healthcare and education for her family, longing to live somewhere she belonged.

As I sift through the remaining sand from the crumbled memory, I see now that there actually was a bigger problem than hundreds of roundworms living inside my pregnant mother. Evangelism, a spiritual leech. Even after we permanently moved back to America, the metaphorical parasite clung on. Our home was an extension of Mom’s womb, a vessel in which she carried and protected her growing children. We swam together in spiritualized gaslighting, grasping for a life that ought to be enough.

More essays on growing up evangelical: