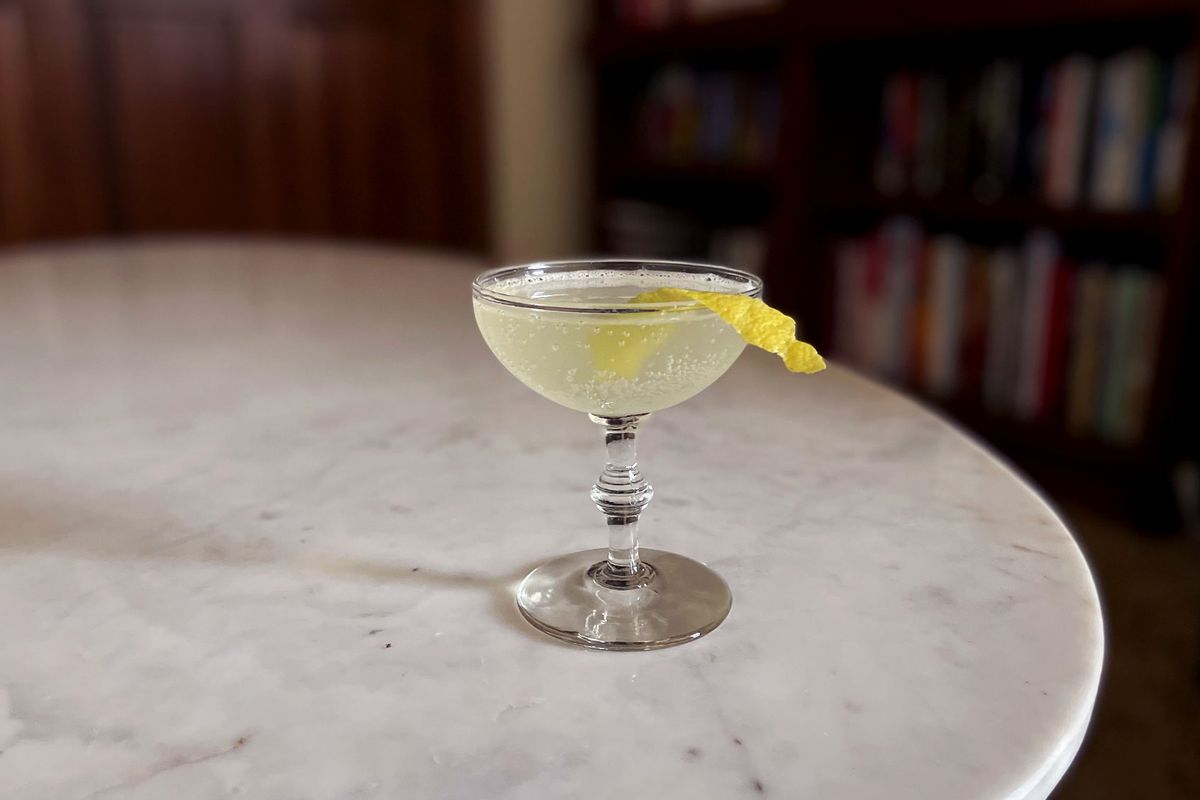 I would consider myself a gin drinker, but not a particularly adventurous one. I like ending the week on a well-calibrated Negroni; occasionally I’ll go for a bright and honeyed Bees Knees. It’s not that I’m against branching out, though I do require a nudge to venture outside my creature-comfort cocktails. Which brings me to a delicious, refreshing gin-based number that I’d all but forgotten until a few weeks ago: the French 75.

There I was, poised to order my standard Friday Negroni at the Elephant Ranch bar in Las Cruces, N.M., when I got to talking to co-owner and head bartender Dillon Nunn.

“What’s your favorite cocktail to make right now?” I asked. “A French 75,” he replied without so much as a breath. It’s clean, lovely and timeless, he said, much more than the sum of its parts. This being a wantonly dressed-down establishment, my French 75 arrived a few minutes later in a small, clear plastic cup; its fat lemon peel garnish slipped off the rim and bobbed lazily amid the tiny cava bubbles. The drink was elegant and stealthily boozy — a quiet symphony of botanical gin, prickly fizz and bright lemon softened with simple syrup. I couldn’t help but order another, wondering how I’d been sleeping on this delightful tipple for so long.

A few days later, head still full of French 75, I sent a note to Danny Shapiro, owner of posh Chicago gin joint Scofflaw, to gauge his thoughts on this century-old cocktail.

“We love a French 75!” he replied. “It’s refreshing, complementary, and a crowd pleaser — a good go-to when you can’t think of anything else to drink.”

Named after the French army’s weapon of choice during World War I, the French 75 as we know it today first appeared in print in an American bootlegger publication at the height of Prohibition, in 1927. When it was picked up three years later by the Savoy Cocktail Book, it quickly took off, cementing itself in the canon of classic gin cocktails. Of course, the notion of mixing gin with citrus and champagne was nothing new. An earlier iteration was purportedly a favorite elixir of Charles Dickens when he visited Boston in the mid-1800s, back when the word “cocktail” itself was only a few decades old.

As I perused the sporadic coverage of the French 75 through the decades, some outlets suggested mixing and serving it like a Tom Collins, over ice — upping the refreshment factor and allowing the maker to use cheaper sparkling wine. Shapiro says he’d never add ice, which I suspect has largely to do with his love and life pursuit of exploring and highlighting the nuances of gin. For example, in the French 75 recipe he shared (below), he prefers London Dry — “the more juniper-forward the better,” he said, adding, “I enjoy the botanical canvas for the supporting ingredients. The peppery, tingling flavor of the juniper matches up nicely with the bubbles from the sparkling.”

I like to think the bartenders who perfected this deliciously wicked sipper during America’s wretched dry years wouldn’t want us icing it down either — and not just for potency. Icons are icons for a reason, even if we forget them for a little while.