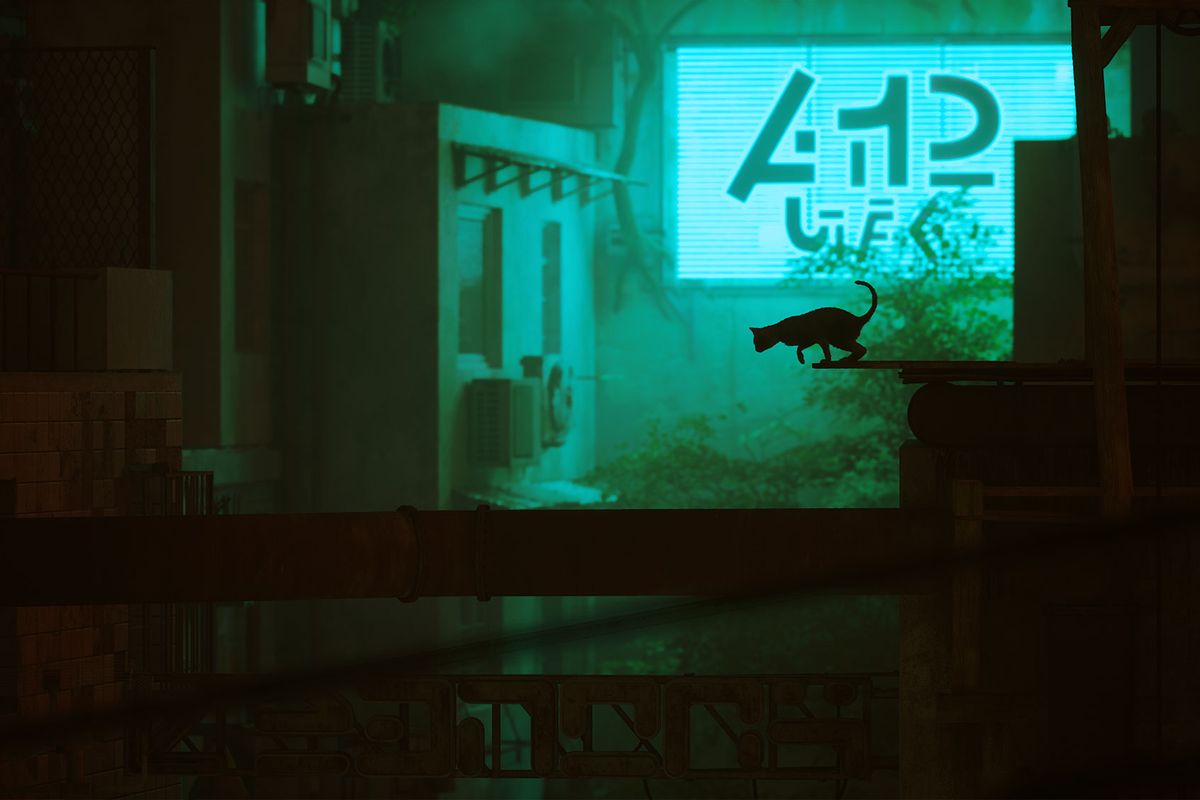 One morning in mid-July, silence descended upon my household, punctuated by meows.

As a parent with a child home for summer vacation, this was an unusual occurrence, and soon I wandered downstairs to investigate what was happening. “Stray” had released, my partner had purchased the game and just as quickly, my child was on the case.

Specifically, he was on the cat case. In “Stray,” a video game developed by BlueTwelve Studio and published by Annapurna Interactive, you play as a cat. A slim orange, striped cat who is a stray in a neon-lit, underground city, populated by robots in the wake of a disaster. Reviews for the gorgeous adventure game have been mostly positive. Video Games Chronicle described it as “essential” with “one of the most beautifully designed worlds we’ve ever seen in a game” while The Verge named it one of the best games of the year so far.

These align with the reviews from my home, both from humans and animal: our cat, also an orange tabby, joined the ranks of felines mesmerized by game play. The end of the game (which my son would like you to know he beat in five hours — so much for my quiet work time) has drawn more complicated reactions, but as for walking through the game, walking through the world, maybe any world: it’s clearly better to be a cat. These days, being a cat might be the best thing of all.

At the beginning of the game, a group of cats explore an abandoned facility. You, the main cat, become separated from your group after falling into a chasm that leads into the underground city. Humans are gone from the city for a sad reason, but their robots — who have grown self-aware — remain. A small drone named B-12, who has the consciousness of a human scientist, accompanies the cat, aided by Momo: the leader of a group of the humanoid robots (called Companions) determined to find a way out of the dark city and into the light of the surface again.

Sure, you have no thumbs but you have a cute little backpack on.

That’s the story and this is the world: perpetually nighttime, like the novel turned film “The City of Ember” crossed with the alleyways, dive bars and puddles of “Blade Runner.” This is a complex and labyrinthine place. All the better to be able to wiggle, shimmy and prance your way around it. Sure, you have no thumbs but you have a cute little backpack on and B-12 to help with things. 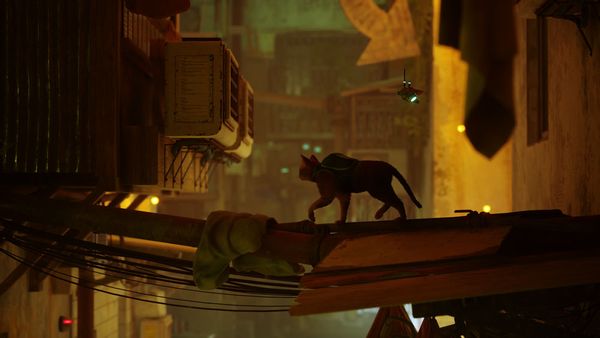 Stray (Courtesy of Annapurna Interactive)Why might we all prefer being a cat? You can tear s*** up in “Stray.” You’re just a cat; you don’t own property. You can jump into plastic milk crates, knock over boxes; like a real cat: tip over cans or bottles. This doesn’t really serve a purpose in the game. But maybe as in life: it’s stress relief. You can get into mischief. But because you’re a little tiny cat, you won’t get in trouble for taking out some of your frustration or your boredom. It’s there, so why not knock it over?

There’s a playfulness and freedom in being a cat that’s missing from our lives.

You can wander in “Stray.” An objective is to go very high in the city so you climb from rusted tin roof (no word if it’s hot) to swinging steel beam to fence tops. You fit in small spaces and you’re agile and lithe. You can make that leap. We’ve been going on years of worry and restrictions about our movement and human interactions due to COVID. Now monkeypox makes any dance night seem dangerous, and air travel has become increasingly untenable. But in “Stray,” you can move. You can move almost wherever you want. You can stretch. It’s good for you.

You answer to no man. Literally. You have no boss, no pet owner. There are no humans in the underground city of “Stray,” and B-12 and Momo function like the Tin Man and Scarecrow sidekicks of “The Wizard of Oz.” They are there to help the fuzzy Dorothy of you, to jog along the bricks with you. And yes, you can weave amid Momo’s metal legs like my real cat who nearly trips and murders us every morning when we walk downstairs to feed him breakfast. 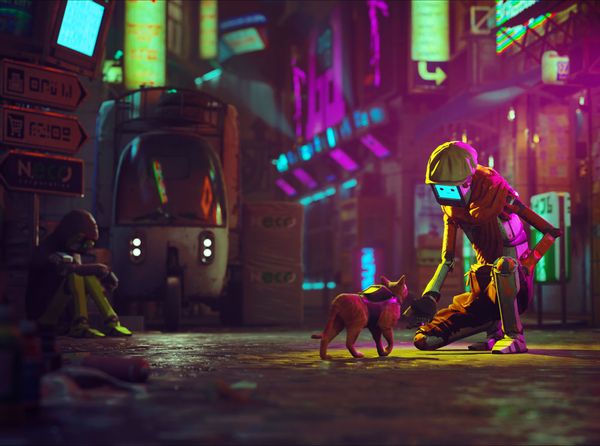 Stray (Courtesy of Annapurna Interactive)One of the joys of “Stray” are these small, realistically feline behaviors that mostly serve no narrative purpose. Weaving amid legs, knocking stuff off, meowing (that can draw the scary, swarming Zurks, which are basically giant tick robots who can kill you, so use this function thoughtfully), and yes, scratching. I watched my partner use the scratching function in the game as we sat on our couch which has been tragically scratched by our own cat. It’s more fun in the game. 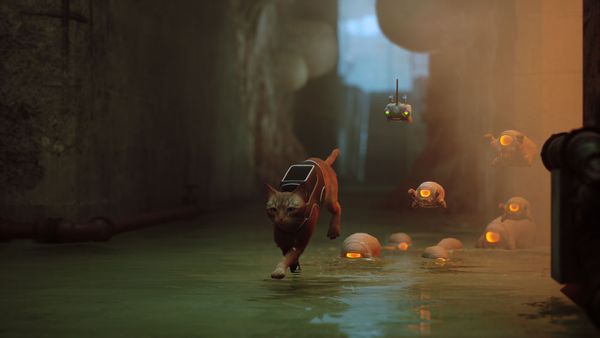 Stray (Courtesy of Annapurna Interactive)Being a cat reminds us: it’s OK to have fun, simply fun. We all need hobbies. We all need to take a break, as even the intrepid cat does sometimes only to mess around.

My son pointed out that if you weren’t a cat, the game would be quite sad. The backstory of “Stray” is an intense, apocalyptic one and there is that ending which has drawn conflicted reactions. But you are a cat. You start out separated from your family as so many of us have been since 2020 and continue to be: delaying weddings, missing reunions, leaving offices, never meeting new friends.

There’s a playfulness and freedom in being a cat that’s missing from our lives as humans; there’s also an optimism. Scrappy, determined and expectant, the cat does what we all hope to: survive.