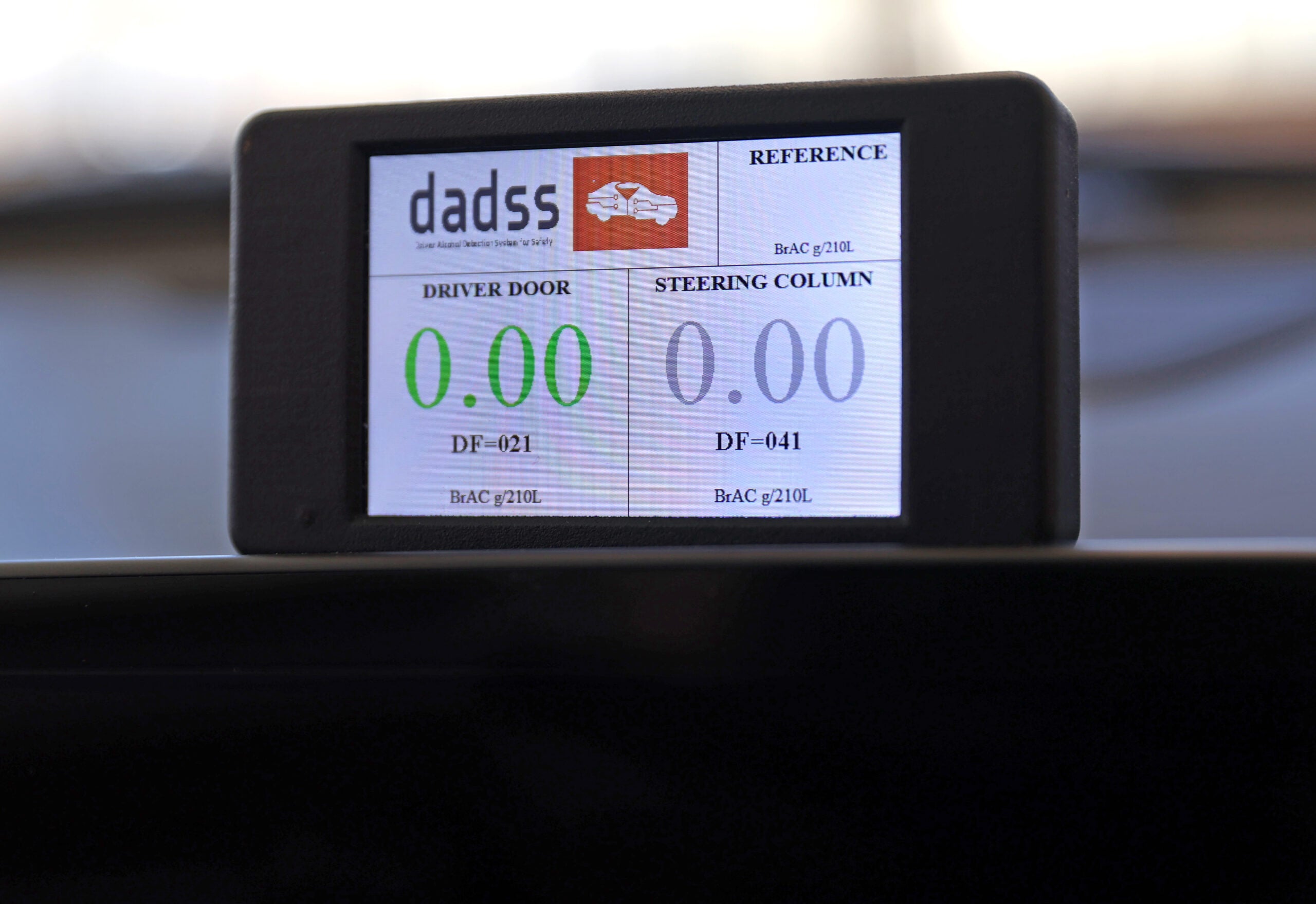 Drunken driving control efforts have sputtered out in recent years with more than 11,000 preventable deaths now occurring annually. Over the past four decades, public health officials have largely focused on changing behaviors — asking people to not drink and drive. But now, there are new auto technologies that can prevent them from doing so.

As part of President Joe Biden’s infrastructure law, Congress decided that some version of these devices needs to be installed in new American cars beginning in 2026. But first, the National Highway Traffic Safety Administration (NHTSA) must examine all available technologies and then select the most effective one. This development is an important opportunity to readdress a pressing public health crisis. Quite simply, the new innovations can surmount the cultural and libertarian barriers that have thwarted past efforts to end drunken driving fatalities.

For decades, drunken driving control was seen as a law enforcement issue. As cars multiplied on American roads in the early 20th century, cities and states began passing laws making it illegal to drink and drive. But they were not enforced aggressively, neither during Prohibition (1919-1933), when alcohol was less available, or after, when there was a backlash against anti-alcohol sentiments.

The tolerance for drunken driving at mid-century — an era in which manufacturers of alcoholic beverages routinely celebrated heavy drinking and even called beer “liquid bread” — was remarkable. Although many states had laws that let police arrest drivers with blood alcohol levels between 0.05 and 0.15 percent, the de facto level was 0.15 percent, almost twice as high as our current legal limit of 0.08 percent. That meant that severely impaired drivers often went unprosecuted, even when they injured or killed someone.

The situation worsened in the 1950s when suburbanization and the new interstate highway system led to even more drivers. While no one explicitly condoned drunken driving, having several drinks and getting behind the wheel became commonplace for men in their 20s and 30s, who were most likely to drive drunk.

For Haddon, this was a public health emergency. But with the cultural worship of drinking and driving, it was hard to get people to pay attention. It took the efforts of a journalist in Upstate New York and a grieving mother in California a decade later to rouse the public and legislators.

Together, these women told hundreds of stories of lives lost needlessly due to drunk drivers. The journalist, Doris Aiken, founded Remove Intoxicated Drivers in 1978 after learning about the deaths of two local teenagers killed by a driver with a 0.19 percent blood alcohol level who was still clutching a beer. RID broadly publicized the damage caused by drunken driving and pushed for stiffer penalties, especially locally.

Two years later, Candy Lightner’s 13-year-old daughter, Cari Lightner, was killed by a man with four prior driving while intoxicated arrests, the latest of which had been only two days earlier. Lightner founded Mothers Against Drunk Drivers — later Mothers Against Drunk Driving — in part because a police officer had told her: “Lady, you’ll be lucky if he sees any time in jail at all, much less prison. That’s the way the system works.”

MADD in particular would spearhead an enormous surge of interest in drunken driving. Lightner, both tenacious and telegenic, worked relentlessly to obtain stricter laws across the country. Drunken driving, The Washington Post announced on its front page in 1981, was “a national outrage.” Always front and center were “innocent victims,” pedestrians or other drivers either killed or maimed by drunk drivers. Within five years of its founding, MADD had 300 chapters and 600,000 volunteers.

Perhaps MADD’s greatest success occurred in 1984 when it got President Ronald Reagan to sign the Minimum Legal Drinking Age Law raising the legal drinking age to 21.

In the meantime, state legislatures stepped up, passing over 700 new laws by 1985. And by 2004, all 50 states had lowered the legal blood alcohol level to 0.08 percent. These efforts coincided with messaging campaigns by MADD, as well as by state and federal agencies. Propelled by catchphrases such as “Friends don’t let friends drive drunk,” the concept of the designated driver — someone who stayed sober and drove intoxicated friends home safely — became a fixture of high school health classes and public service announcements.

Despite these accomplishments, barriers emerged. The beverage and restaurant industries, afraid that regulations would deter social drinking, opposed many initiatives, especially any further lowering of the legal blood alcohol level. Libertarian critics termed MADD and its allies “neoprohibitionists,” opposed not only to drunken driving, but to the consumption of any alcohol.

And other worthy public health campaigns, such as the prevention of texting and driving, overshadowed the persistent problem of drunken driving. As a result, drunken driving deaths, which had fallen to roughly 10,000 annually by 2009, stagnated there until 2020, when they rose to more than 11,000. Which is why there is now such a unique opportunity to reverse course and address a social problem that has been, to some degree, unsolvable.

The new technologies, broadly known as passive alcohol detection systems, work in one of two ways. Some of the devices detect illegal blood alcohol levels at or above 0.08 percent, preventing the car from starting, while others monitor the driver and/or the driver’s behavior to determine whether that person exhibits signs of impairment.

There will undoubtedly be criticisms: that these systems infringe on civil liberties, the technologies are unreliable and data collected by cars can be used against drivers. The congressional mandate to NHTSA should take all of these concerns into account.

Regardless of which technology is chosen, the potential impact of the new detection system requirement, which was passed thanks to the efforts of anti-drunken driving activists and has the support of the alcohol and insurance industries, is staggering. It will force drivers to act responsibly, potentially eliminating most drunken driving deaths and preventing countless injuries.

As the coronavirus pandemic has reminded us, there are limits to moral persuasion, even when lives are at stake. But this time, technology can help force people to do the right thing — since they will not always do it on their own.

Barron H. Lerner, professor of medicine and population health at New York University Langone Health, is the author of “The Good Doctor: A Father, A Son and the Evolution of Medical Ethics.”