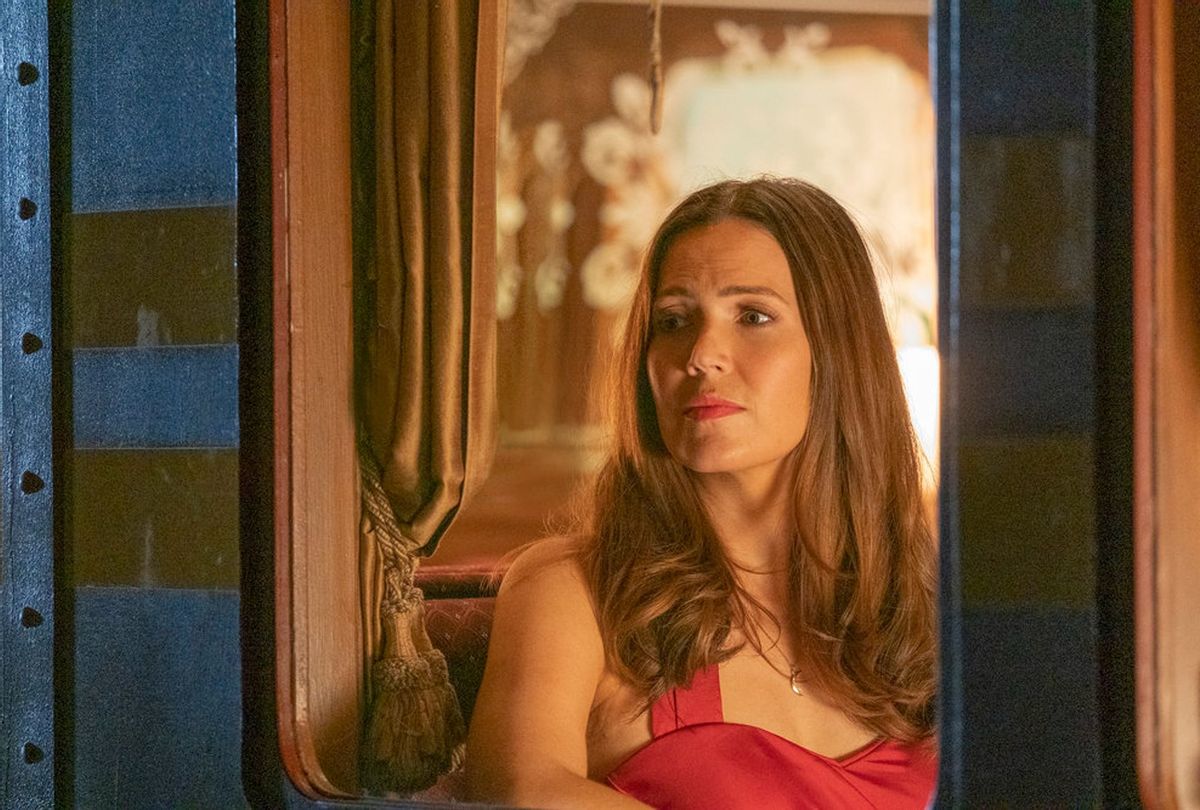 When “This Is Us” first aired in 2016, the show made it very clear what it wants from us. It wants us to cry our asses off.

For six seasons it has drawn us in with the sticky-sweet smell of melodramatic death, lulling us into belly-up submission with Rebecca Pearson’s (Mandy Moore) flowing chestnut hair and doe eyes, and dangling the dripping promise of every little detail of the night Jack Pearson (Milo Ventimiglia) died; leaving us practically frothing from the mouth to see this man expire from cardiac arrest from smoke inhalation after a house fire because he just had to go back for the family dog.

“This Is Us” doesn’t just want you hungry for all the gory details of the deep sadness of this random family, they want you positively wet for it; and in the penultimate episode of the series titled “The Train,” they finally go in for the kill.

For just under ten years I have kept tabs on “This Is Us,” watching every single episode, and reading most online discourse that’s come out about key episodes of the series; but I can very calmly and plainly say, and have it be true, that I do not give a crap about these people. From the very first episode, to what will be the very last when it airs next week, the whole damn Pearson clan could have burnt in hellfire for 45-minutes and I would not have cared. Well, aside from the dog. God forbid. And yet, still, when I sat down at my desk yesterday to belatedly watch “The Train” episode, I cried as though I had just looked out the window at the exact right place and time to see baby Dumbo get hit by a truck, tiny feather flying into the wind and slowly floating to the hot concrete. Like, I looked down at my arm at one point and saw that every single hair was standing straight up. I haven’t experienced such a full-bodied reaction to something since I had a nervous breakdown in the movie theater as a child during the scene in “E.T.” where Michael chases a raccoon away from E.T.’s nearly dead body down by the river.

RELATED: This week on “This Is Us”: It’s the Super Bowl of TV deaths! 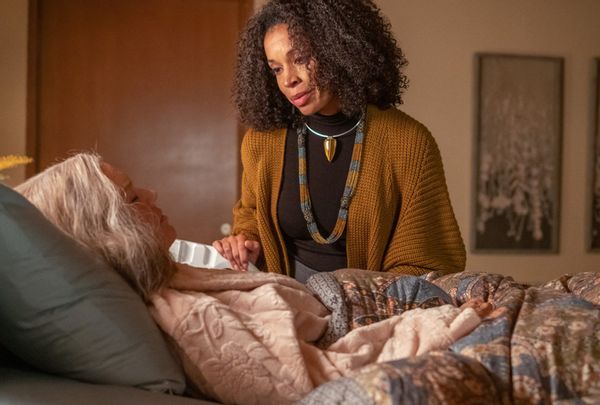 Mandy Moore as Rebecca Pearson and Susan Kelechi Watson as Beth Pearson in “This Is Us” (Ron Batzdorff/NBC)What “This Is Us” excels at, possibly more than any other TV show, is its ability to make you sad to the very marrow regardless of who the sad things you’re watching are happening to. This is achieved very simply by the makers of this show who know, in a very formulaic way, that it doesn’t matter who dies when, or how, because we’re going to be experiencing these deaths, and the aftermath of each, through the filter of personal experience. When we see Jack and Rebecca fall in love, go through ups and downs, and then die; we’re seeing it all happen to the characters, but we’re feeling it happen to the people we love in our own lives. And that’s the kind of emotional manipulation I’m here for. That’s why these people get the big bucks. I can envision the makers of this show fanning themselves with huge stacks of cash saying “b***h and moan all you want, critics, but you WILL wail.”

Rebecca and Jack Pearson look like two people who probably would have called me a dyke in high school, but did I come away from the experience of watching them die feeling like I’d just spit out the exit door of the scariest haunted house in the world? Yes. It’s not the characters of “This Is Us” that makes the show a success. In fact, almost every single one of them aside from Beth is utterly insufferable. It’s the feeling of the show that’s kept us dragging along after it all this long while. Sadness, much like fear, is addictive. Being truly howl at the moon sad and being scared out of your mind will shake and rattle your whole body from head to toe. And for some reason that humankind probably doesn’t have enough time left to fully understand, that feels fantastic.

While watching “The Train” I was reminded of the episode of the first season of “Black Mirror” where a guy is made to f**k a pig. That episode, titled “The National Anthem,” was the debut episode of the series and to come out swinging like that felt like a hate crime, but in a good way. Watching the very first episode of a brand new show slither deeper and deeper into WTF territory was so exciting because you knew that if they were comfortable enough to be like “pleased to meet you, here’s pig sex,” then anything was possible. Anything could happen down the line. “This Is Us,” tethered to stricter prime-time morality clauses, dishes up something similar but instead of leading us by the hand into a dark room where a man is making love to a pig it runs towards us at full speed screaming “Your whole family is dead!”

We’re not so easy to shock any more. Might as well cry.