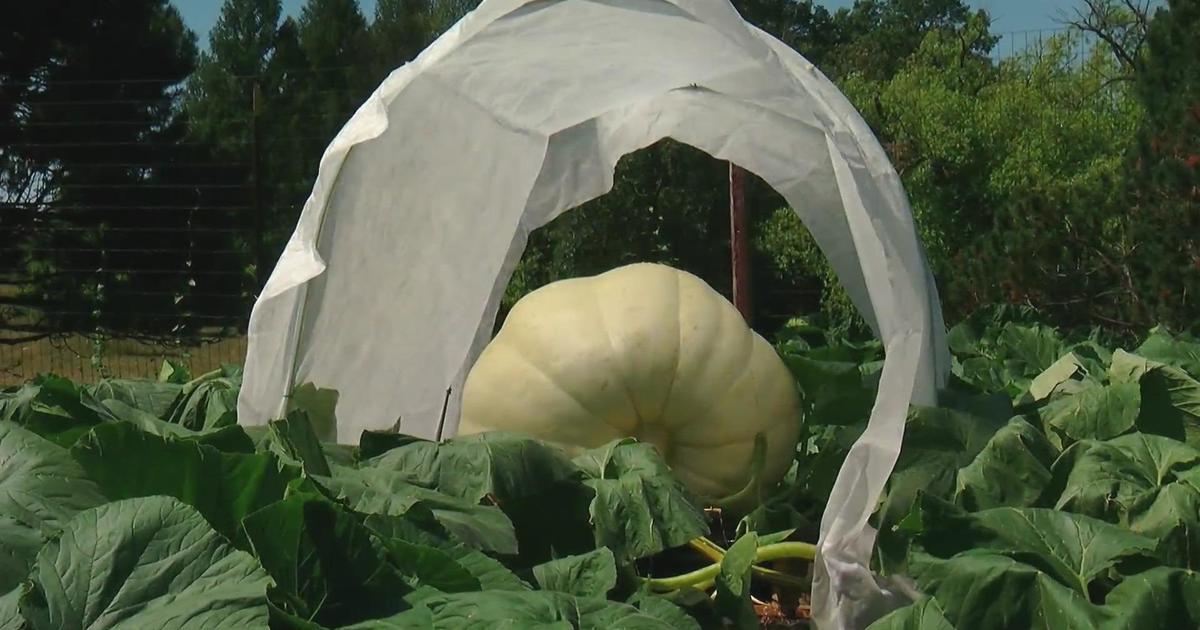 CHASKA, Minn. — The Great Minnesota Get Together brings the best of the best. In this case, the best is the biggest.

The University of Minnesota Extension teamed up with the Arboretum in Chaska to grow two giant pumpkins, one which will compete in the Minnesota State Fair in a few weeks. They’re named Audrey and Seymour.

This “Little Shop of Horticulture” is a first time project for Annie Klodd, an Extension Educator for Horticulture, and her team, who are hoping to have fun with the project and learn along the way about what it takes to grow a giant pumpkin.

“One plant takes about 500 square feet on average and you just produce one giant pumpkin from each plant,” said Klodd, referring to all the massive vines wrapped around the garden space where the pumpkins are growing inside the Arboretum.

The vines are vital for pulling water from the ground to the pumpkins, and all the water pumping into them is what makes them get so big, so quickly.

Klodd learned tricks to success while growing these pumpkins, including burying the vines in the soil for more moisture and giving the pumpkins shade to keeping their skin from hardening, so they grow even bigger.

Their team did run into one hurdle last week. Squash vine borer larva started infecting the vines, which can kill the pumpkins if it’s not dealt with.

“Our team was out here, with our intern Noah, cutting little incisions into the vine, doing open vine surgery, taking those little worms out, and then patching the vines back up,” said Klodd, “And they survived it, they’re doing great.”

Audrey already weighs 230 pounds, and Seymour is just over 100 pounds. With Audrey’s growth in the lead, she’s going to compete first.

“Audrey is destined for the State Fair, so we’re going to submit her and she should be around 500-600 pounds by then if everything goes well,” said Klodd.

Seymour is going to keep growing through October before competing at the Stillwater Harvest Festival.

You can visit Audrey at the Horticulture Building every day of the State Fair grounds.

Marielle Mohs is thrilled to be telling stories in her home state of Minnesota. She grew up in Eden Prairie and South Minneapolis.