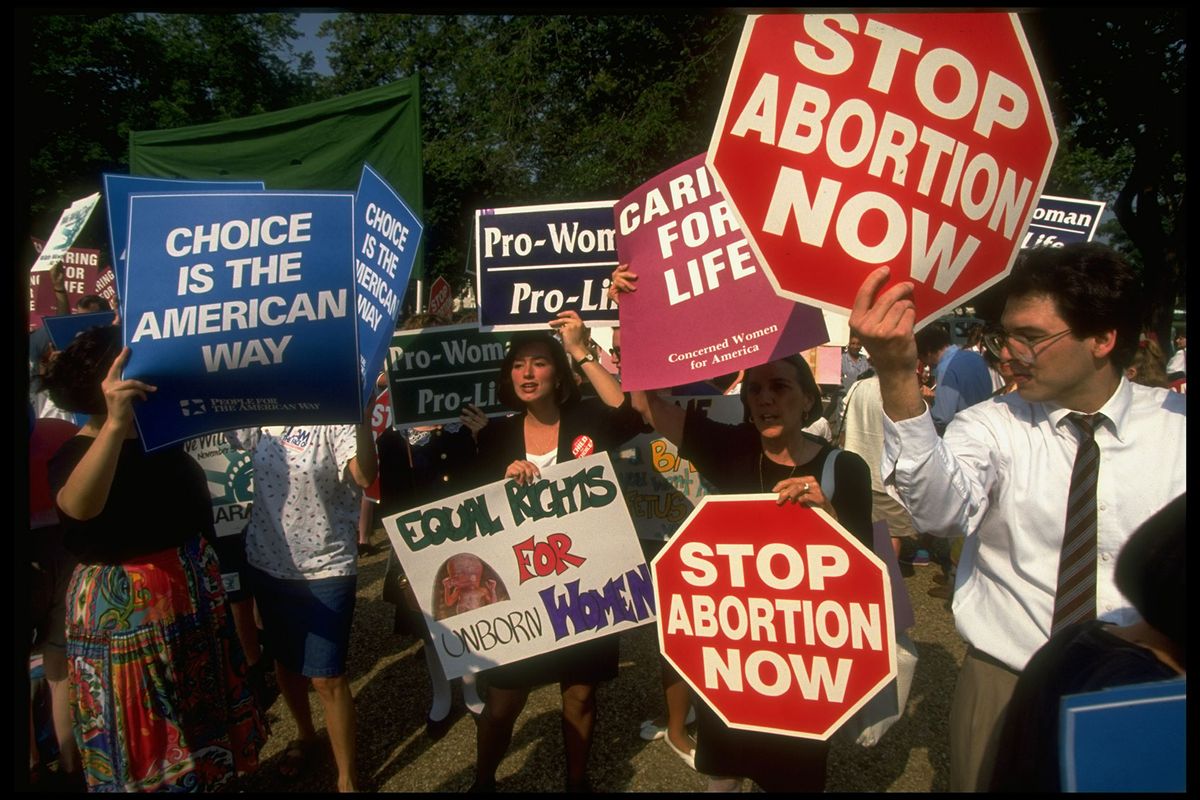 On May 2, 2022, an anonymous whistleblower informed Politico that the Supreme Court is planning on overturning Roe v. Wade. If this indeed comes to pass as expected, the landscape of reproductive rights and abortion access in the United States would shift radically overnight, with state governments deciding individually whether to make abortion outright illegal. In many ways, those states that outlawed abortion would resemble their counterparts in the pre-Roe era (meaning before 1973).

Indeed, the country before Roe v. Wade was a bad one for Americans who needed to exercise their reproductive rights. Looking back at that world from the vantage point of 2022, it is clear technology has advanced enough that (at least medically speaking) it has become much safer to terminate a pregnancy. Even so, it is useful to look at what life was like in America before the 1973 Supreme Court decision that protected reproductive rights, since it offers a glimpse into what might happen in America after the Supreme Court’s Republican wing prevails in overturning Roe v. Wade.

If you sought an abortion, there were three types of doctors that you might encounter — and you didn’t want to end up with the wrong one.

“Like everything else in American society, what your chances were of coming out alive or not injured were very much a function of class and race,” sociologist and reproductive rights activist Carole Joffe told Salon. Americans who were white and had ample financial resources might still struggle to obtain an abortion, but their plight was almost always much easier than that of someone who lacked money or came from a marginalized racial group. What’s more, if you sought an abortion, there were three types of doctors that you might encounter — and you didn’t want to end up with the wrong one.

“There was a wide variety of illegal practitioners, some very competent and very decent,” Joffe explained. “These are people who in my scholarship I’ve referred to as ‘doctors of conscience.’ These were people — mainly men, some women — who were making it in mainstream medicine and who decided to do abortions, literally, as a matter of conscience. They saw the ravages of either self-induced abortion or abortion done by very incompetent practitioners. They saw the ravages of this in emergency rooms. So they decided that they knew how to do it safely. And they did it, obviously, with some risk. They had no idea whether they would be caught, whether they would lose their license, whether they would go to jail.”

RELATED: The Christian right didn’t used to care about abortion — until they did

Another group, whom Joffe dubbed the “butchers,” were the incompetent and unethical hacks who took advantage of a patient’s desperation and often left them maimed or worse. Even the ones who were trained health professionals frequently, for various reasons, had failed in their mainstream medical careers.

Finally there were what Joffe described as “sort of a third middle ground — people who were not especially political, who did not necessarily care deeply one way or another about social justice issues, but who quietly did abortions for money. They don’t dominate anybody’s imagination now.”

It is worth noting that the chaotic state of abortion rights in mid-20th century America was not, as some on the Supreme Court have implied, a longstanding tradition. When the Founding Fathers developed the Constitution, they intentionally stayed quiet about all medical procedures — including abortions. Because they viewed abortion as falling into the same category as any other health matter that a citizen might privately discuss with a doctor, they deferred to the common law assumption that neither the courts nor lawmakers should intervene. James Wilson, who wrote the preamble to the Constitution, summed up this perspective during a lecture in 1790 (three years after the Constitution’s ratification) where he deferred to an English common law expert’s view that “in the contemplation of law, life begins when the infant is first able to stir in the womb.”

“Stir in the womb” refers, in this context, to the period of quickening, one that can occur as early as 16 weeks and as late as 25 weeks into a pregnancy.

By 1971, only six states and Washington D.C. legally allowed abortions. Although New York had only legalized the procedure one year earlier, the state quickly developed a reputation as the best place to go for people who needed abortions.

Setting a precedent that has continued to the present, the first major attempts to regulate abortion came from individuals who wanted to subjugate women. In the mid-19th century, a physician named Horatio Storer began to call for the national regulation of abortion as part of his belief that male doctors and not female midwives should populate the field of medicine. There were also concerns that Protestants would have abortions and Catholics would not, enabling immigrants from Catholic countries to out-populate whites. Finally there were people who wanted to regulate abortion so that slaves could be forced to bear children.

By the mid-20th century, these various strains of prejudice had led to a state of chaos. By 1971, only six states and Washington D.C. legally allowed abortions. Although New York had only legalized the procedure one year earlier, the state quickly developed a reputation as the best place to go for people who needed abortions; in 1971, 84 percent of abortions, when performed for patients who lived in another state, took place in New York. As an Ohio college freshman from the time named Pamela Mason later recalled, “I was very relieved because New York was doable. It was 500 miles away.”

Overall, experts believe that 400,000 abortions were performed in New York during the brief period from 1970 to 1973 when it was one of the few states that legally permitted it. It is estimated that two-third of those abortions were for out-of-state patients.

But how many Americans received abortions overall during this time?

“Scholars will probably never be able to answer that question with precision precisely because the procedure was illegal,” Karissa Haugeberg, assistant professor of history at Tulane University, told NPR in 2019. “But scholars estimate that between 20% and 25% of all pregnancies ended in abortion before Roe v. Wade.” Haugeberg added that roughly 200 women would die from botched abortions every year during the period immediately preceding Roe v. Wade. In addition to succumbing to shoddy abortionists, many women would die through self-induction like trying to throw themselves down stairs, taking poisons or using coat hangers.

In a brief filed to the Supreme Court in December during arguments over the current abortion case, Dobbs v. Jackson Women’s Health Organization, 154 economists and researchers pointed out that Roe v. Wade helped create order out of this chaos and materially benefited Americans in a number of ways: It reduced teen motherhood by 34%, teen marriages by 20%, improved rates for women achieving education and increased women’s wages.

“Women continue to rely on abortion access to plan their reproductive, economic, and social lives,” the brief says. “Causal inference tells us that abortion legalization has caused profound changes in women’s lives. But those changes are neither sufficient nor permanent: abortion access is still relevant and necessary to women’s equal and full participation in society.”