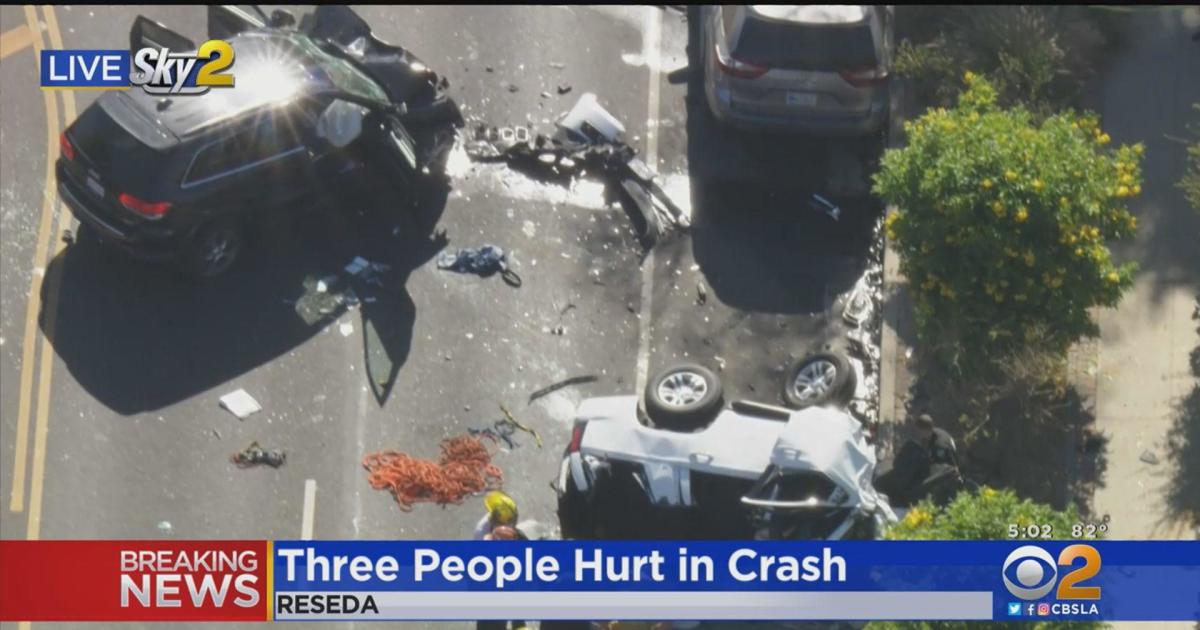 At least two people had to be extricated from their vehicles and were taken to a local trauma center following a crash in Reseda.

The crash, which involved two vehicles that were both badly damaged, took place at North Corbin Avenue near Victory Boulevard on Sunday afternoon.

It’s unclear at this moment the severity of the injuries that the people involved suffered.

This is a breaking news story and more information will be provided as it becomes available.