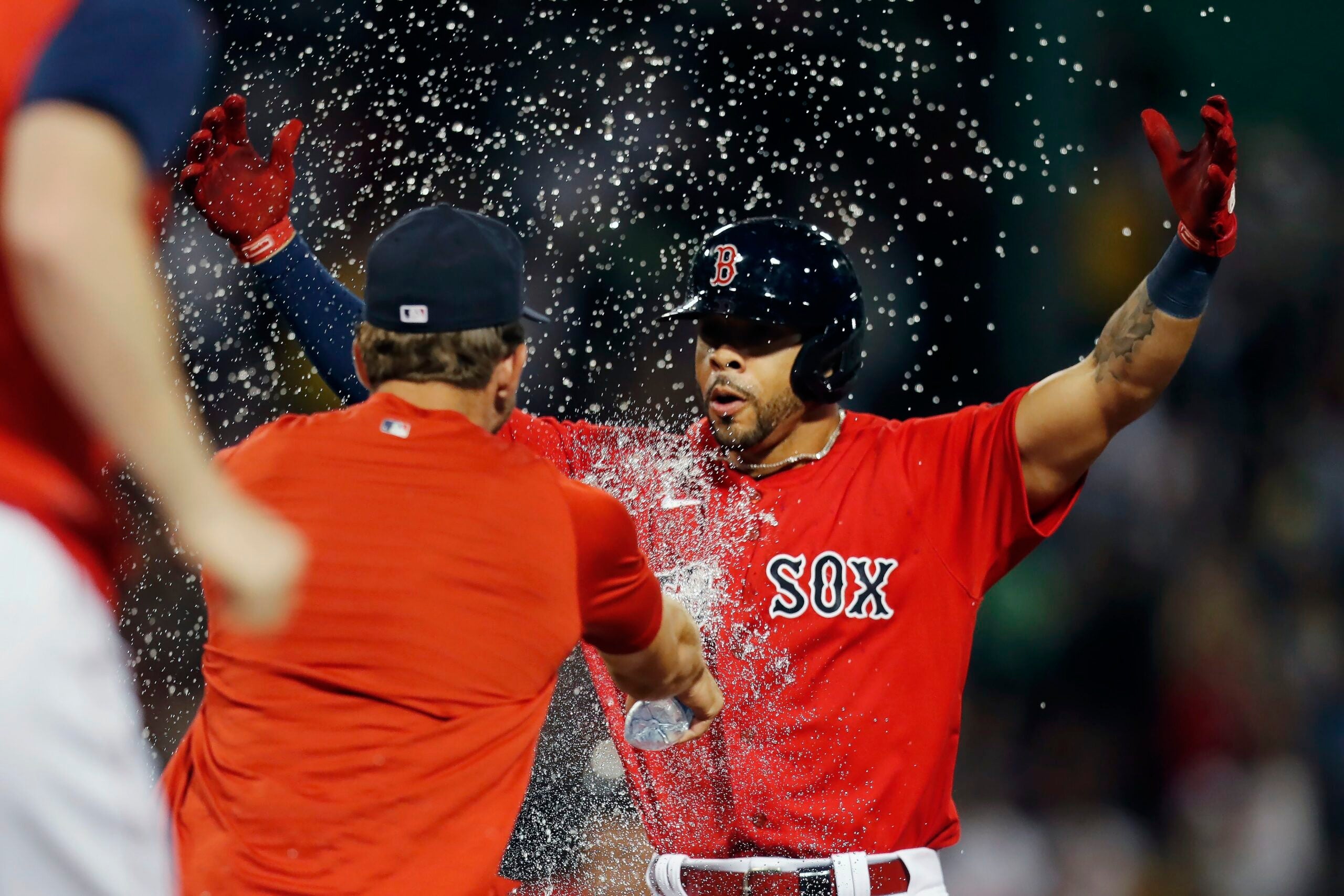 New Red Sox outfielder Tommy Pham has been a revelation since he joined the Red Sox ahead of the Aug. 2 trade deadline.

Pham’s already hit three homers in his first 10 games with the Red Sox. On Friday, he added another big hit. He hit a sharp liner down the third base line against Lou Trivino in the 10th inning to score the winning run from third to give the Red Sox a 3-2 win over the Yankees.

Considering the Red Sox got Pham from the Reds for just a player to be named later, it’s easy to wonder if they could’ve had him earlier, especially as their outfield hitting has struggled for much of the season – a cause for their 56-68 record following Friday’s win.

If you asked Pham, the Red Sox could’ve had him before the season even started when he was a free agent. He wanted to reunite with Red Sox chief baseball officer Chaim Bloom, whom Pham played under in Tampa Bay in 2018 and 2019.

“I was like, ‘Damn it, Chaim [Bloom]. We could have done this about [four] months ago,’” Pham told The Boston Globe’s Alex Speier. “But I’m glad I’m here.”

Pham revealed to Speier that he wanted to sign with Boston after the lockout ended in March because of the Red Sox’ perceived contention status and his relationships with some of the people in the organization.

However, the two sides weren’t able to come to an agreement and on March 26, Pham signed a one-year, $6 million deal with Cincinnati.

“We were close. We were close,” Pham said of his offseason negotiations with the Red Sox. “Chaim just didn’t pull the trigger, man. I wanted to come here.”

Pham’s batting average is actually worse so far in Boston than it was in Cincinnati, going 10-for-44 (.227) at the plate over 46 plate appearances. But the hits have been loud. In addition to the three homers, Pham also has four doubles, giving him a .784 OPS along with nine RBIs.

As Pham has provided clutch hits so far for the Red Sox, he made one thing clear following his walk-off hit on Friday.

“End it. We don’t get paid for overtime,” Pham told NESN’s Jahmai Webster about his mindset at the plate before the game-winning hit. “End it.”

Despite all the struggles from multiple areas, the questions if they could’ve done more prior to the trade deadline, and all of the injuries, the Red Sox still remain in the playoff hunt. They’re four games back of the Orioles for the final wild-card spot (though three teams sit between them) and they tail the wild-card-leading Mariners by six games.

With everyone but the Yankees from the American League East battling for the three wild card spots, Pham believes he can help the Red Sox breakthrough.

“I’m here now,” Pham told Speier. “Fortunately, a lot of the teams that are in front of us, we have the opportunity to play them. So we can control our own destiny.”

The Red Sox play host for two more games against the Yankees before hitting the road for a six-game trip, which includes three against the Orioles. Among the six other teams in the AL wild card mix, the Red Sox play those teams 28 times in their 48 remaining games.