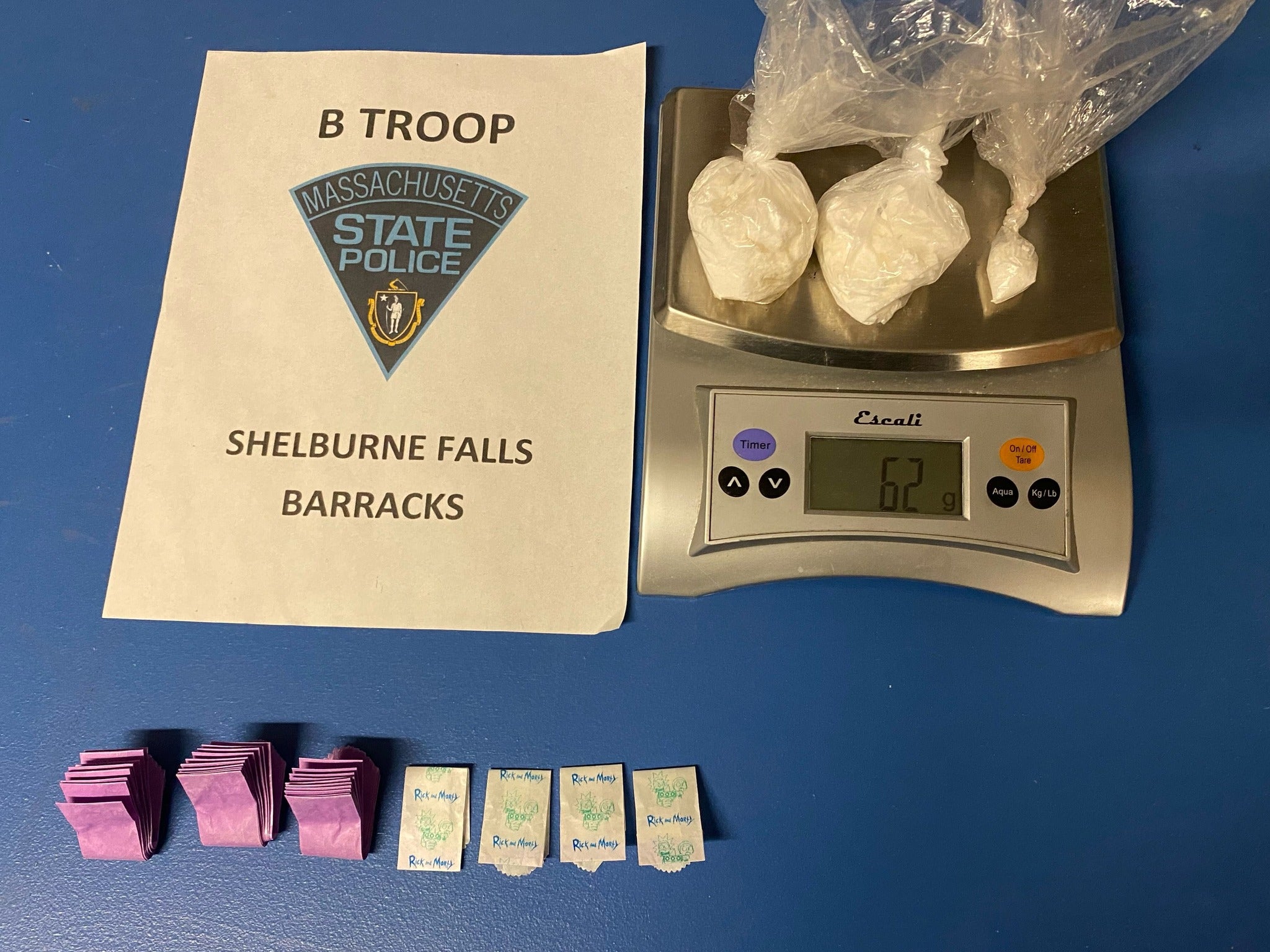 Three people are facing charges of cocaine trafficking and heroin possession after a traffic stop on I-91 in Bernardston on Friday, according to the Massachusetts State Police.

Troopers were on patrol on I-91 northbound in Bernardston on Friday shortly after 9:30 p.m. when they noticed a white Subaru WRX pass them with a temporary tag that appeared unreadable even though it was only a few feet away in the adjacent lane, the agency said in a statement.

They tried to look up the vehicle with the little information they had from the temporary plate, but did not find anything. The troopers turned their lights on to pull the vehicle over.

The Subaru “was very slow to stop” for the troopers, taking more than a quarter mile to pull over, the agency noted.

The troopers observed three people inside the car, who “were moving around and ducking out of view prior (to) stopping,” State Police said.

The driver – identified as Joshua Francis, 39, of Essex, Vermont – told the police that his Vermont driver’s license was expired. As he was telling them this, the troopers “noticed indicators of drug activity and drug paraphernalia including a needle in plain view on the interior of the car.”

Francis’ license also turned out to be suspended, according to State Police.

With all these factors in mind, the troopers asked Francis and his two passengers – identified as Devon Thomas, 31, of Hartford, Connecticut, and Tanya Francis, 39, of Essex, Vermont – to step out of the car, so that they could search it.

After talking further with Joshua Francis, the troopers confirmed that there was heroin in the car. They found 30 packets of heroin and 62 grams of a white powdery substance, which they believed to be crack cocaine.

Joshua Francis, Devon Thomas, and Tanya Francis were all arrested and taken to Shelburne Falls Barracks for booking.

All three were arraigned at Greenfield District Court on charges of trafficking in cocaine, possession of heroin, and conspiracy to violate drug law.

Joshua Francis was also charged with unlicensed operation of a motor vehicle and number plate violation.