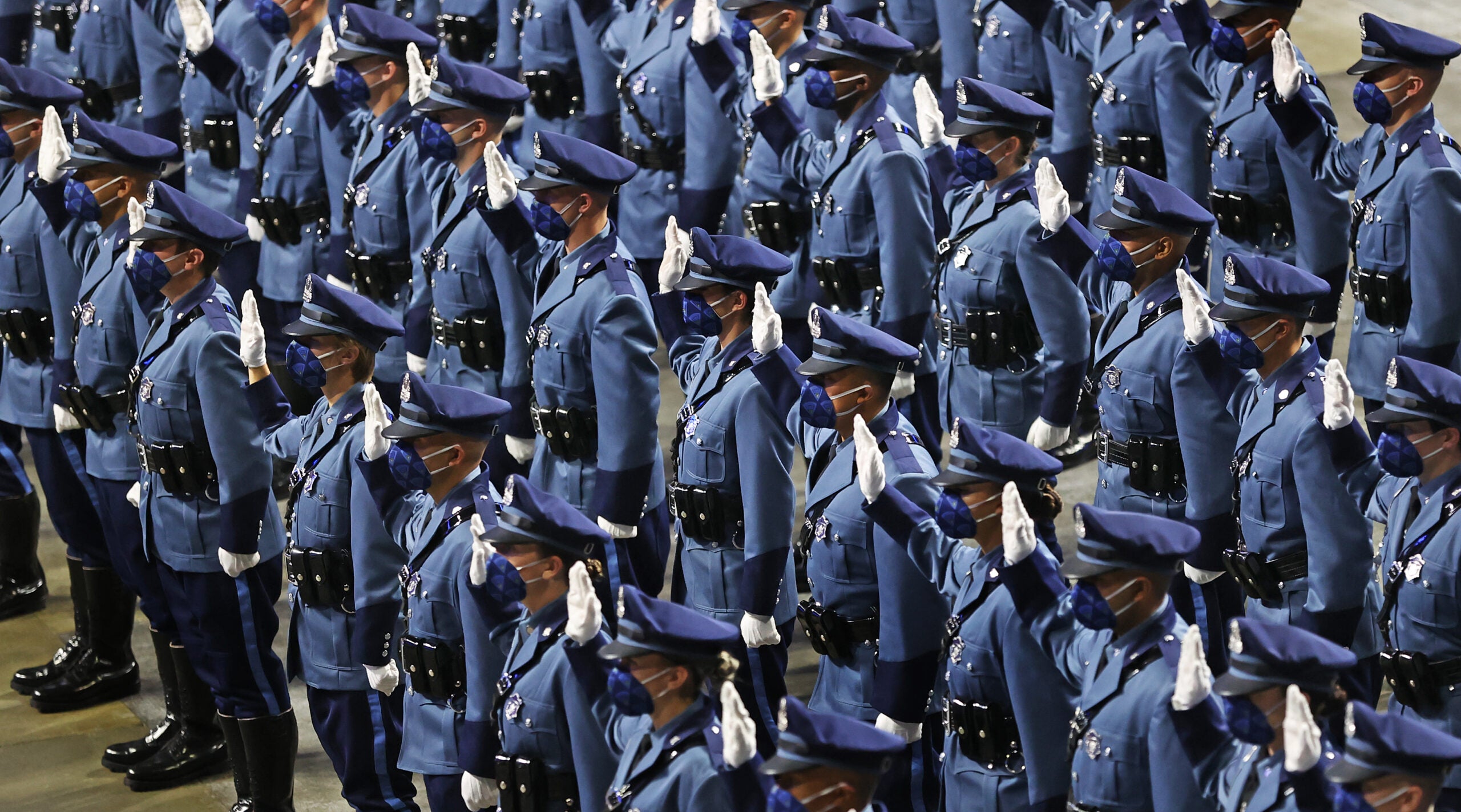 After staff at the Massachusetts State Police Academy required trainees to perform “bear crawls” during their training, resulting in several injuries, four troopers have been moved and an internal investigation is being conducted, a spokesperson from the state police said Thursday.

Bear crawls —  a crawling exercise in which you to bear your weight on your hands and toes, rather than your knees — are not authorized as part of the training curriculum, and reportedly resulted in some trainees getting blisters on their hands that required medical attention.

“[The exercises] contradicted the expectations that MSP Command Staff explicitly conveyed to Academy staff prior to the start of the current Recruit Training Troop,” state police said.

Colonel Christopher Mason of Massachusetts State Police removed the two troopers who as the drill instructors supervised the exercises, and returned them to their regular assignments. He also removed and replaced the academy commandant and executive officer who oversee the academy’s day-to-day operations.

An internal affairs investigation has been opened “to identify and hold accountable any Academy staff found responsible for the unauthorized training,” police said.

Mason reiterated instructions that were delivered to Academy staff before recruit training started in May that unauthorized and extra-curricular physical exercises and training activities are prohibited.

“The health and wellness of trainees shall be prioritized,” police said.