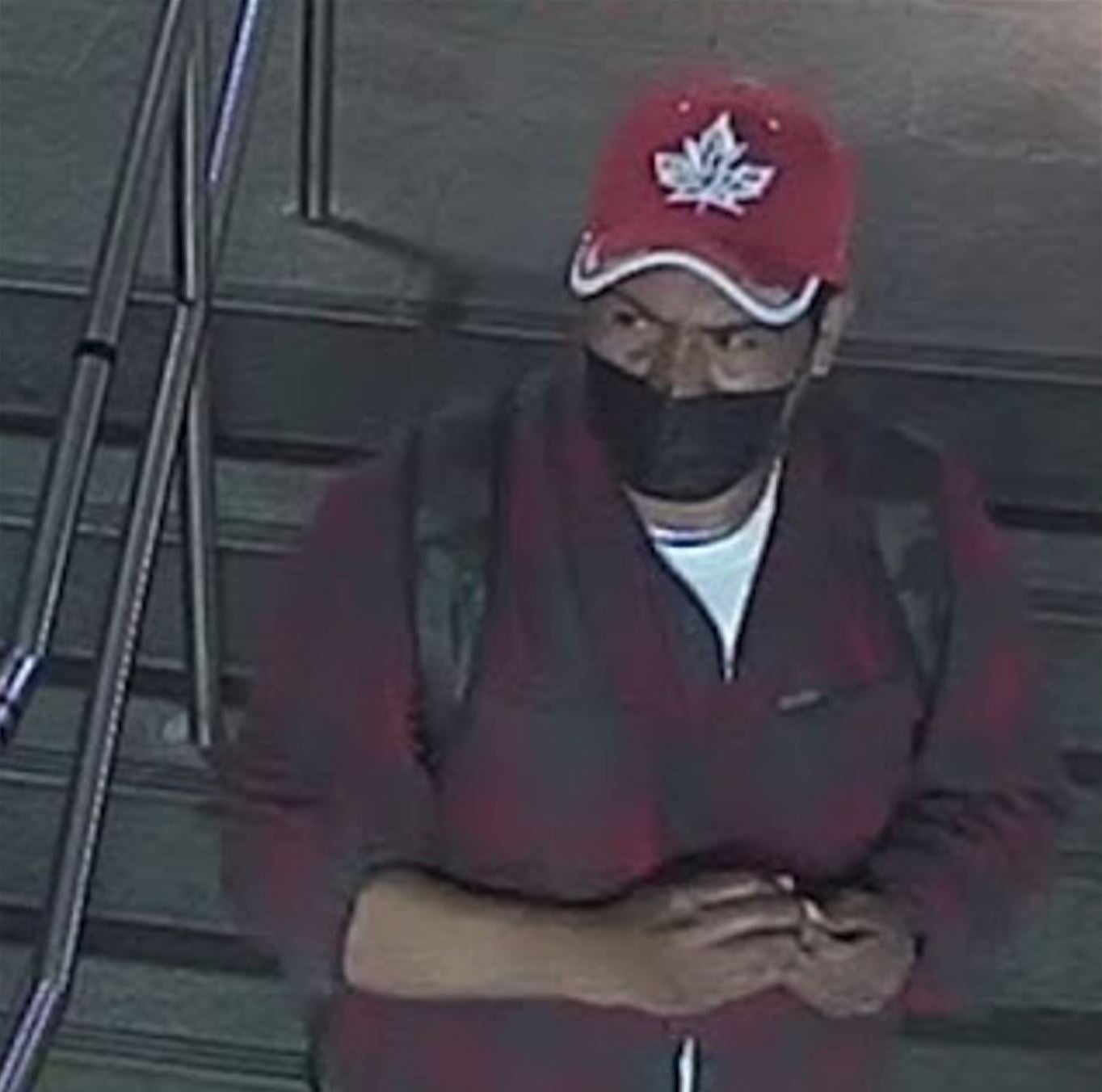 Transit police are searching for a man accused of committing a lewd act on the Oak Grove platform at Haymarket T Station, according to a statement released Friday.

On Tuesday at 3:48 p.m., police said a female witness reported that she saw a man perform a lewd act on the platform.

Officials released a photo of the man, depicted in a red baseball cap. They are asking for the public’s help with identifying him.

If you know the whereabouts or identity of this man, contact the transit police’s Criminal Investigation Unit at 617-222-1050 or text an anonymous tip to 873873.