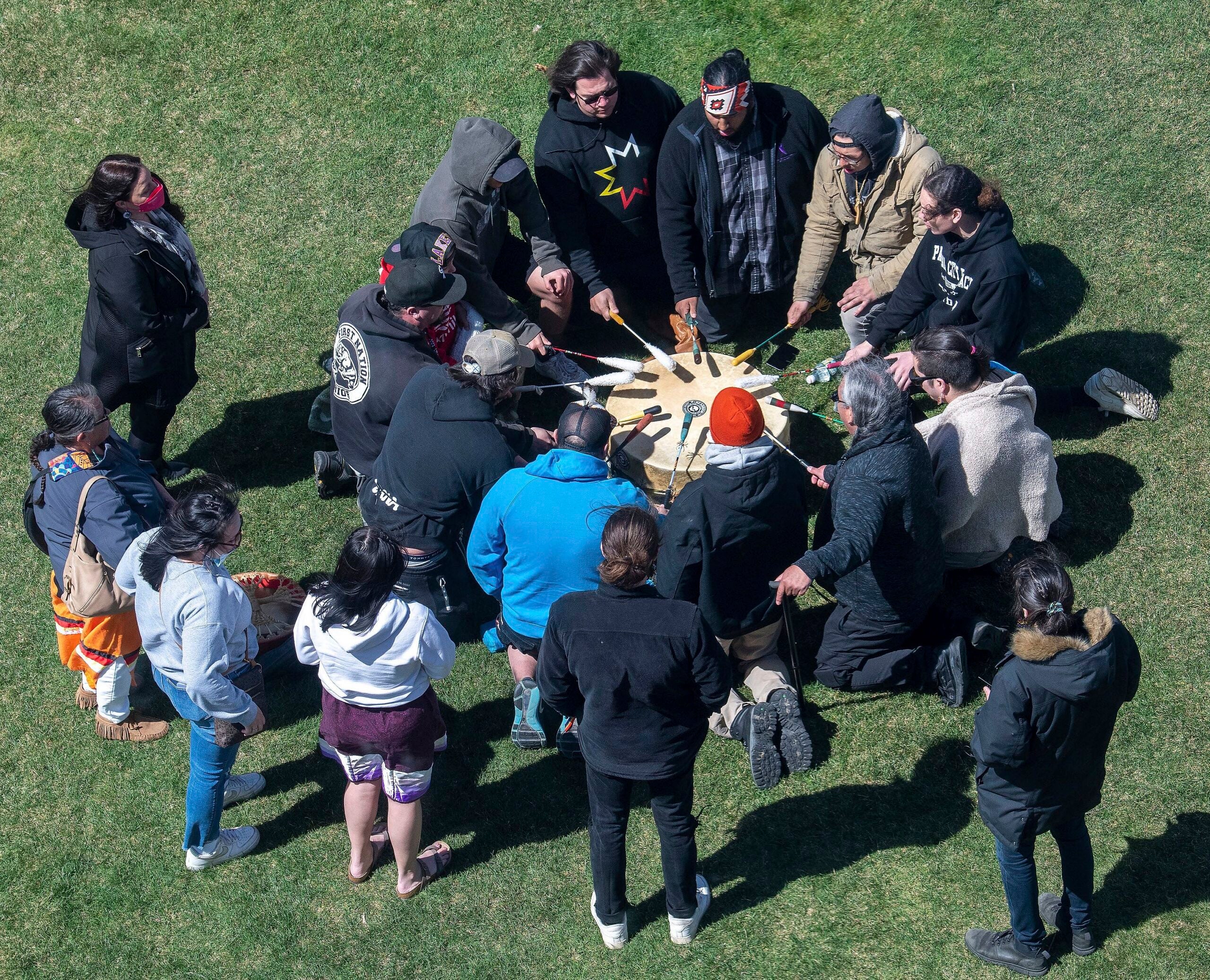 PORTLAND, Maine (AP) — With a Democratic governor and a Democratic-controlled Legislature, Native Americans in Maine saw this year as their best shot at changing a landmark settlement to win sovereignty from the state.

The tribes now reluctantly accept that sweeping change is unlikely to happen because of a threat of a veto by the governor.

Five tribal leaders responded to the Legislature adjourning without taking final action on the bill, saying they didn’t have enough votes to override the veto. But they said they’re not giving up and plan to continue to press for full sovereignty.

“The evidence is clear that when tribal communities prosper, so do the surrounding communities. Wabanaki sovereignty is good for all of Maine,” the chiefs said in the statement Tuesday night.

The veto threat represents the latest setback for efforts to alter the Maine Indian Land Claims Settlement Act of 1980. That landmark agreement put Native Americans in Maine on a different path than the other 570 federally recognized tribes across the country.

The law treats reservations like municipalities, subject to state law, giving rise to disputes and lawsuits between the tribes and the state over environmental, fish and wildlife rules.

Native Americans in Maine were put into a squeeze back in 1980. They could either take the $81.5 million deal to settle land claims, and give up some autonomy, or risk losing everything ahead of a presidential election. They chose the deal, and President Jimmy Carter signed the agreement.

Four decades later, on the brink of changing that agreement, lawmakers and the governor put the tribes in a similar position.

The Maine Legislature approved a bill giving control of mobile sports gambling to the tribes — a lucrative deal — but the tribes feared they could lose that funding if they continued to press their sovereignty effort.

In the end, the tribes declined to be pressed into a corner like they were in 1980 by trading rights for money. So they declined to provide any guidance to legislative leaders on how to proceed. Lawmakers could either push the bill through and let it be vetoed, or they could heed the governor’s request to simply delay further action this session.

The proposal’s failure either through legislative inaction or a veto is a bitter pill to swallow for the Wabanaki Nations — the Penobscot Nation, Passamaquoddy tribes at Indian Township and Pleasant Point, Houlton Band of Maliseets, and Mi’kmaq.

“Permanent sovereignty restoration remains the legislative priority for the Wabanaki Nations, and it will continue to be our priority moving forward,” the tribal chiefs said.

Despite their frustration, the tribes said they’re heartened by the strongest support they’ve ever received for change at a time when, on the national stage, the Biden administration is looking to partner with tribes.

Hundreds of people rallied outside the Maine State House on their behalf, and 1,400 people submitted testimony to the Legislature.

The Legislature approved — and the governor signed — a bill that lets the Passamaquoddy at Pleasant Point regulate their drinking water, working with the U.S. Environmental Agency instead of state regulators. That bill addresses decades-long water quality problems.

And the bill that funnels mobile sports betting revenue to tribes further provides a framework for greater collaboration with the state along with some tax relief for tribal members and businesses.

The governor also has signaled she might support an effort to ensure Maine tribes aren’t excluded from benefits of future federal laws.

But the immediate future for sovereignty is unclear.

Democratic Gov. Janet Mills has asked the legislative and tribal leaders to delay the wider sovereignty bill to avoid her issuing a veto that could inflame passions and divide her party in an election year. Mills faces a tough reelection battle against former Republican Gov. Paul LePage. And midterm elections generally are not kind to the party in power in the Legislature.

Tribal leaders said they’re taking the long view toward changing the law, and righting a social and economic injustice.

“Time is on our side. Our people have lived with the negative consequences of the settlement act for over 40 years,” they said. “Our fight for sovereignty restoration will not end today,” they said.

This story has been corrected to show that the tribes are federally recognized, not regulated.