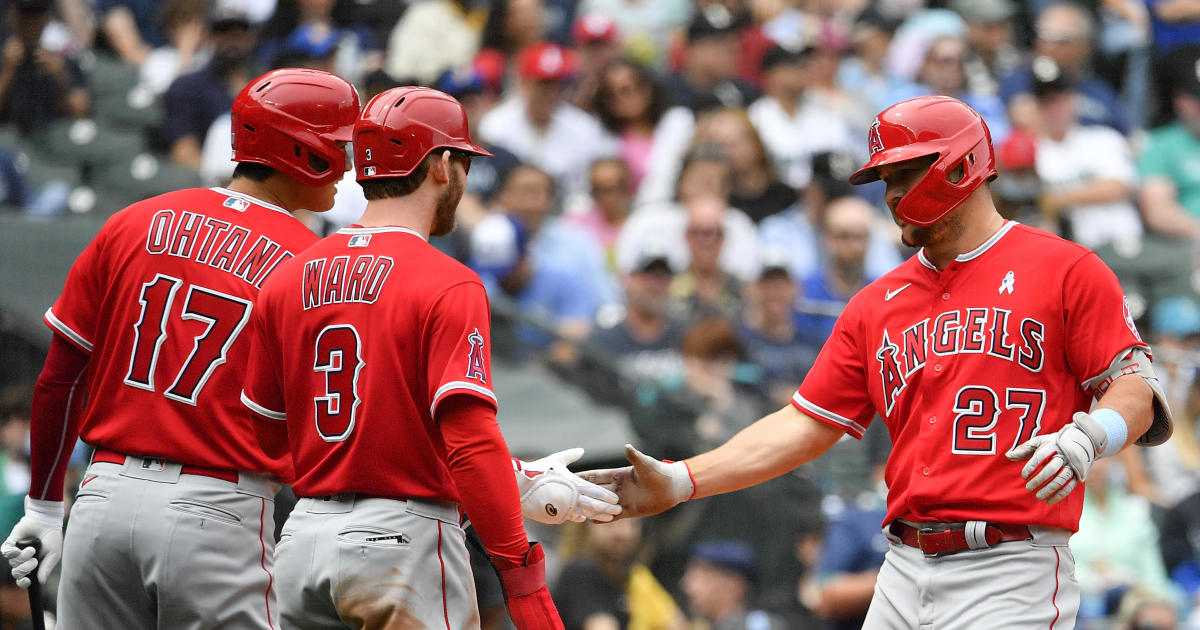 Mike Trout homered for the fifth time in the five-game series and Los Angeles Angels beat the Seattle Mariners 4-0 Sunday.

Trout hit two home runs in the series opener and one in each of the final three games. The five home runs tied the record for any player in a single series against the Mariners, along with George Bell in 1987 and Boston’s Trevor Story earlier this season.

Trout’s two-run drive in the fourth inning was his 52nd career homer against Seattle, matching Rafael Palmeiro for the most by any player off the Mariners.

The three-time AL MVP has 21 homers this season, four behind major league leader Aaron Judge of the Yankees.

Max Stassi added an RBI double for the Angels, who won four of five against Seattle.

Kenny Rosenberg was called up from Triple-A Salt Lake City by the Angels to make his first career start and third major league appearance. The left-hander held the Mariners to two hits in 4 2-3 innings.

Andrew Wantz (1-0) got the win, pitching the sixth inning with two strikeouts. Six Angels pitchers combined on a two-hitter.

The Mariners loaded the bases in the fourth on two walks and a single by J.P. Crawford, but Cal Raleigh grounded out.

Just before Ty France stepped into the batter’s box against Jose Quijada in the fifth, the alarm system started blaring throughout the stadium. The alarm sounded for a couple minutes before it was shut off.

The Angels optioned INF Jack Mayfield to Triple-A Salt Lake before the game to make room for Rosenberg. LHP Jose Suarez was returned to Salt Lake after Saturday’s doubleheader after serving as the 27th player for the day.

Angels: RHP Noah Syndergaard (4-5, 3.53) opens a three-game series at home against Kansas City. Syndergaard has lost two straight starts despite only giving up one run in each. He has allowed two runs or fewer in seven of his 10 starts.

Mariners: LHP Marco Gonzales (3-7, 3.41) will start at Oakland as Seattle opens a six-game road trip. Gonzales’ last win came on May 23 against Oakland at home. He has lost three of four starts since.